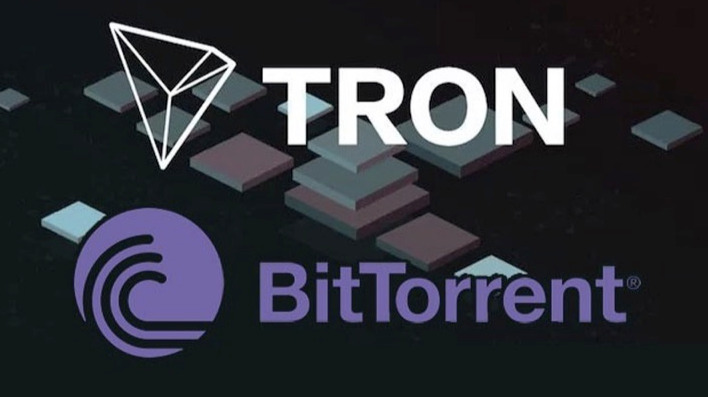 After a rocky process of negotiations--including a lawsuit--prominent blockchain entrepreneur and Tron platform founder Justin Sun has officially acquired the file-sharing service BitTorrent for as much as $140 million. Proponents of cryptocurrency are ecstatic with the news, seeing this as an essential step toward growing the blockchain industry. The exact motivation behind this acquisition is unclear for the time being, but theories point to strengthening the shift toward a truly decentralized internet.

Tron is a decentralized content-sharing platform that uses peer-to-peer (P2P) and blockchain technology. It is mainly used for entertainment, such as online gambling or social media.

In most cases of online content over the past decade, tech companies have acted as third parties between the content creators and the consumers; they own the user data and earn a lot of cash from it as a result. With Tron, the platform connects consumers directly to the content they want without a big corporate middleman like Netflix or Hulu taking any chunks of the earnings.

By using the Tron network and its cryptocurrency Tron token (TRX), content creators are compensated directly for the content that they create, and users have ownership over their data that is generated from interacting with or consuming content. Cutting out the middleman also brings down the cost of the content and keeps control of the internet out of the hands of a few and mighty corporations. This bodes well for a future where the internet is genuinely open and decentralized.

Increasing in popularity, TRX coin is the 10th largest cryptocurrency in the world; it grew over 2,000% in just three weeks between December of last year and this past January. Despite having some fluctuation in its value, Tron has experienced one of the highest growth rates among the top altcoins of today--though it has been argued that this is due to smart marketing on Sun’s behalf, building perception and confidence about the Tron without demonstrating commensurate results.

Now, Tron is moving forward with a substantial software launch of its very own Main Net, which is transforming Tron into an autonomous blockchain, a new and independent crypto coin, and a platform for decentralized app development--all of which are now completely independent from Ethereum and the ECR-20 blockchain. Moreover, the new platform is expected to outperform the functionality of Ethereum in both versatility and speed, showing movement towards Sun’s goal of a decentralized internet.

The process for this shift has been long and arduous, entailing accusations of plagiarism in a previous white paper and--as a result--blows to Tron’s credibility. Its potential for decentralizing the web has been unclear to this point. Perhaps the acquisition of BitTorrent was indeed a tactic toward achieving this goal.

BitTorrent--recently renamed as Rainberry--is a free, open source peer-to-peer file sharing service. In other words, it is a free and easy way to transport files online. It does this by using torrent files, which are pieces of data that are downloaded and fed to a BitTorrent client. It captures what data is being downloaded, and it shows the client where to find the data.

BitTorrent has a sizeable chunk of the Internet's traffic, making it more appealing to the cryptocurrency industry. BitTorrent also has an open source and is accessible for public view. For revenue, BitTorrent runs advertising on µTorrent, its file-sharing software.

However, on its own BitTorrent has been struggling. Once very popular for its sharing services of pirated content, BitTorrent has not met investor expectations for significant growth. Although it does receive a notable amount of traffic, BitTorrent has lost many of its users to more legitimate competing platforms over the years. The departure of BitTorrent’s founder and CEO Bram Cohen created another set of challenges for the company in 2017. Under Tron’s umbrella, however, BitTorrent may grow to have a grander impact.

FROM LEGAL BATTLES TO LEGAL PARTNERS

The path to Tron’s and BitTorrent’s current partnership was a windy one. With negotiations beginning last September, Sun had then signed a letter of intent to purchase this past January. The agreement had a “no shop” clause, meaning that BitTorrent would not negotiate with any other bidders. But BitTorrent violated the terms, provoking Sun to sue the company. In the end, however, Justin Sun dismissed the lawsuit. The exact terms of the acquisition remain a bit obscure; it is known that negotiations were indirect and involved a merger between Rainberry Acquisition Inc., a registered company owned by Sun, and Rainberry Inc, the company that owns BitTorrent.

So far, the price of TRX seems to be unaffected by the recent acquisition. Prices per token have climbed less than 1 percent and match the downtrend that most major altcoin assets have experienced this week.

BENEFITS OF THE ACQUISITION

At this point, Sun has remained secretive about his plans for BitTorrent. Along with potentially coating Tron in a layer of legitimacy, some have speculated that the acquisition could lead to a peer-to-peer tech exchange with Tron as the currency. Consistent mention of torrents in Tron’s technical white paper suggests that Tron aims to merge BitTorrent technology in a decentralized internet platform. Additionally, cryptocurrency mining operations could integrate BitTorrent technology. While the millions of BitTorrent’s global users are appealing, ultimately, Sun is likely to be most interested in the technology behind BitTorrent, which allows him to create new services from the platform that BitTorrent has already established and supported his mission of building a fully decentralized web.

BitTorrent has had its own set of challenges over the years, with primary issues centering around a lack of incentive for seeders to host files continuously. Tokenizing file-sharing would address this, making more files more commonly available for easy download. However, BitTorrent claims that it has no plans to begin using cryptocurrency despite the acquisition.

While critics of Tron’s legitimacy see this acquisition as merely a tactic to protect its perception, Sun is content with staying quiet and suggests that we watch what he does in the coming months. For now, perception does seem to be improving, with Tron’s cryptocurrency increasing in value by nearly 20 percent after the acquisition had been reported.

Tron is not just about a unique currency, and it goes much further than just providing a platform for the decentralized development of applications. These are all pieces and steps toward Sun’s ultimate goal: to create a fully decentralized web in which creators of content have ownership and can monetize their work without any corporations or third parties. With the recent launch of Tron’s own Main Net, Tron is now independent of Ethereum and--in turn--one step closer to implementing its grand vision.

The world will undoubtedly be watching to see how Tron currency and BitTorrent will move forward in working together and what this will mean for the future of the digital web altogether.

Article brought to you by the provably fair Bitcoin gambling on MintDice. Originally posted on MintDice.com. 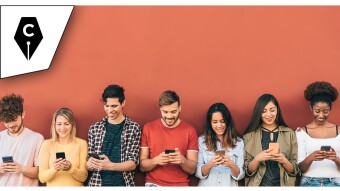