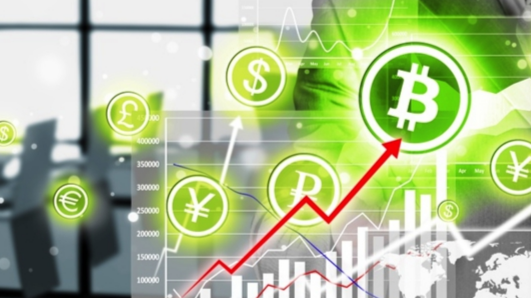 How to Choose a Bitcoin IRA

Bitcoin and other cryptocurrencies are gradually finding new applications as virtual currencies become more advanced. Finance is the most apparent application of these technologies, and many of its processes are becoming more efficient as a result of their implementation.

For example, Bitcoin makes it easier to send money to anyone with a wallet without encountering currency conversion charges and transaction issues. Ripple is also making it easier for people in countries with less-developed banking systems to send money across borders.

There are Bitcoin lending services, exchange-traded funds, and daily trade operations using these digital currencies. As they continue to branch out and become deeply ingrained in the financial sector, their chances of long-term survival also increase.

In addition to the applications listed above, Bitcoin is making waves where individual retirement accounts also known as IRAs are concerned. An IRA is an account that an individual can use to save up money for retirement. It can be opened at several financial institutions and has many advantages.

The most obvious advantage is the availability of funds long after an individual has stopped working. Another major advantage is that the taxes on such accounts are low, allowing people to save more. IRA holders are also exposed to more investment options than other types of retirement accounts such as the 401K. These options include stocks, mutual funds, bonds, and CDs. Account holders can also claim their contributions as tax deductions.

There are many different types of IRAs, including traditional IRA, Roth IRA, and rollover IRA, and each one has its pros and cons. However, they all have general issues that cryptocurrency seeks to address. Traditional IRAs are simple accounts that anyone can open and accumulate funds in. Rollover IRAs are accounts filled with contributions that rollover from a qualified retirement plan and Roth IRAs are tax-free accounts in which users deposit post-tax money. But they all have one little problem: Their investment options don't offer the type of investment gains that a bitcoin IRA does.

Although self-directed Bitcoin IRAs are a common way to invest in digital currencies for retirement, some specialized Bitcoin IRAs are emerging. When choosing which one to use, it’s important to consider the costs, tax options and security associated with it. Some of the best Bitcoin IRAs to choose from in 2019 are:

This is an IRA company that allows people to save their retirement funds in the form of Bitcoin, Ethereum, Ripple, Litecoin, Bitcoin Cash, Ethereum Classic, Stellar Lumens, and Zcash. It provides traditional, Roth and rollover models, and allows users to trade their digital currencies while they are in the IRA.

BitcoinIRA uses multi-signature encryption, as well as voice identification to secure user accounts and avoid breaches. It also offers consultation and trading services, price charts, and free ebooks. For users who want a simple IRA that allows them to save different digital currencies at the same time, this is a great choice.

This company offers self-directed IRAs, and solo 401(k) including the option of investing in Bitcoin. It requires a payment of  $1,395 (or a different amount, depending on the state), after which users can keep investing. Like BitcoinIRA, Broad Financial gives investors the option of speaking to a specialist about investment assistance.

Regal Assets support IRA investments in Bitcoin, Ethereum, Ripple, Litecoin, and Monero. It is credited as the first firm to receive a trade license for cryptocurrency commodities and the first to establish a bitcoin IRAs for BTC.

First Digital IRA offers its users several investment options such as stocks, bonds, mutual funds, real estate, and cryptocurrency. Using this IRA, users are able to invest their retirement funds in Bitcoin, Ripple, and Ethereum. They offer all three types of IRAs and the option of handling all trade and investment services for the user. This is ideal for people who need investment guidance and assistance, especially with the complexity of cryptocurrency.

IRAs are a necessity for anyone who hopes to retire without financial problems. Naturally, people search for the best way to increase the amount of money they save. As a result, there is a growing opportunity for IRA providers to diversify into the realm of cryptocurrency due to its growing use and demand. However, there are still volatility issues to be considered. Regardless, cryptocurrencies may give individuals a better chance at financial freedom.

Brought to you by MintDice Bitcoin Casino Bitcoin Crash games.