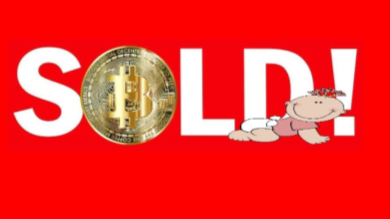 So were back once more...

Because I got Lucky once, I got a break the second time....

But three in a row would really proof my point....

So with my luck this one is going down like a lead balloon.

What are you talking about baby?

Last week I did Part Two of this series, and the reason why I am doing this series is:
I am testing my faith...I want to become a devout "Disciple of the Weekend Dip"...well mainly the Sunday/Monday dip.

And yes there are many ways to test that Theory without selling all your crypto..., but where is the fun in that. If you have blind faith in the Crypto gods you should just take the plunge.

So for the 3rd time I sold all my crypto on the Bitvavo Exchange on Saturday.

The worst part is I am actually getting known for doing stupid stuff on purpose. I mean this weak I got this compliment...well I think it was meant as such. I was told the following by someone I respect: "You are knee-deep in this crypto shit, I mean you make your mistakes on purpose"

So Kids don´t try this at home or in countries with real strict tax regulations regarding trading. The story so far

So all together I can buy a nice breakfast with coffee and croissants, but I made profit. This week I will calculate what I made vs the time I spent.

Now, I am doing this for sometime and I noticed that on Saturday the prices normally start sliding around noon already. So instead of waiting till later in the day I sold early this time, and as always I sold against market price.

After the sale I put in a buy order that is close to the lowest market price since I bought back my crypto. As mentioned last week I wanted to give myself a bit more of a margin then just the latest Monday timezone. Hence extend my buyback window till Tuesday end of day, hoping to increase my window of opportunity.

Which was not needed at all thanks to the "Techno-King of Tesla´s" appearance on SNL.

This Crypto whisperer, well more like this Crypto Tweet Twat, caused the first dip just a couple of hours into my Sunday (it still was Saturday Night in the US I guess).

I have been saying that the FOMO would be bigger than the actual impact of his appearance and lucky me was right (for once). Thanks Elon, now shut up for a Year! 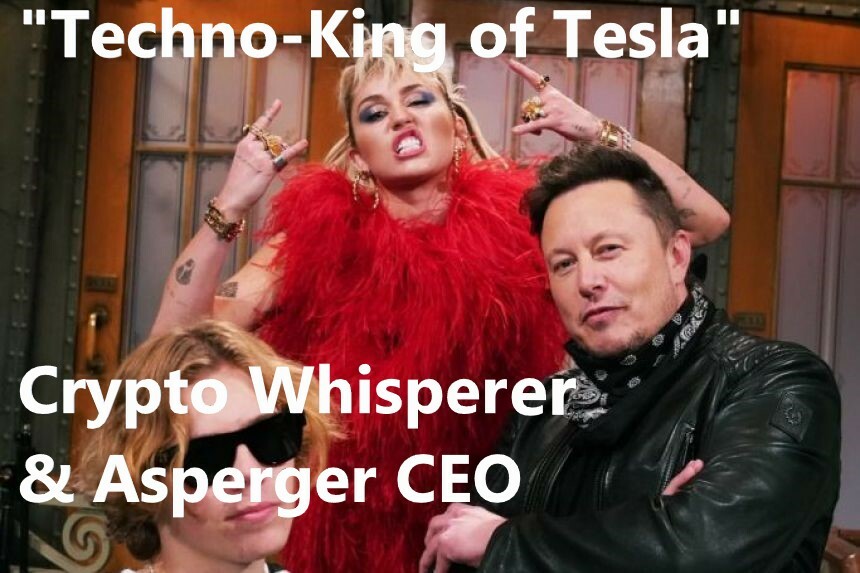 Okay, so  Sunday morning I already bought back....absolutely Nothing....

Oh no that was what I wrote last week this week😆

This week I hired Elon and told him to not be shilling DOGE for once. He actually listened and caused a major Saturday Night Live Dump. This 💩 allowed me to buy back:

Unfortunately Elon´s powers always last a day and then everything turns back to the new normal. The rest of this Sunday nothing happened.

Come on, baby-up. Even a deaf dumb and blind bat baby like me saw this one coming. 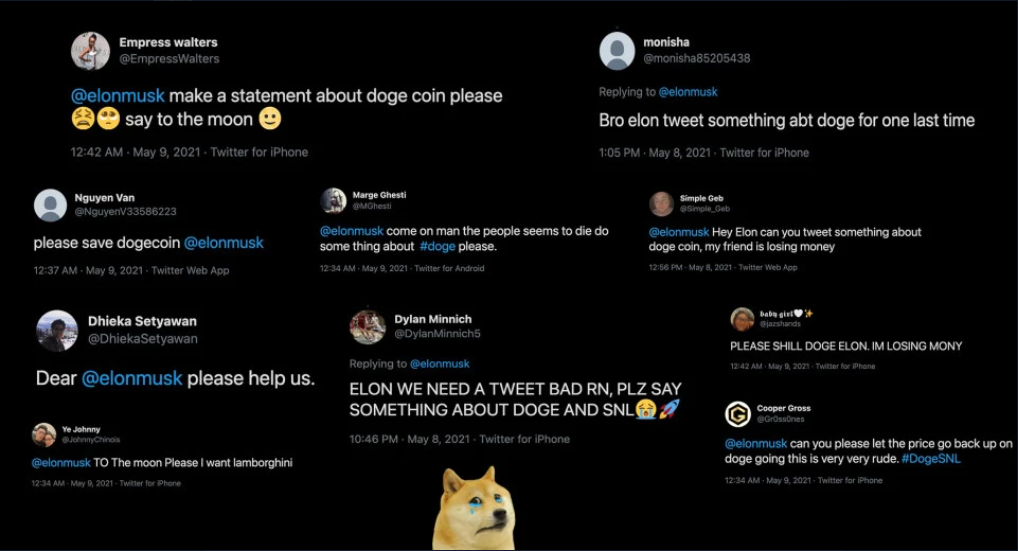 My own bag of problems

I still had 8 coins pending a nice dip.....and boy did I get a dip. Still not sure where it came from, but Monday Night around 22:00 CET there was this crazy flash Crash. In my wallet it did not last more than 2 hours. Which was more than enough to buy back everything for dump prices:

Well everything except for one coin. One coin that stood out this week.... a coin that was even able to stand up against the RUG Boys Dip. 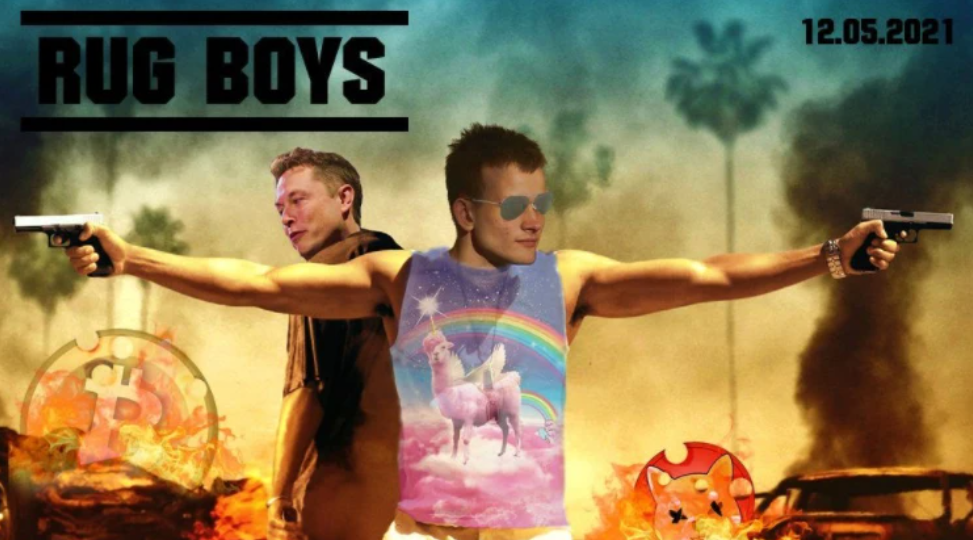 That Coin of course is the love of my life, my crypto certainty in dark days.

I forgive her that loss any day, but especially today with a new ATH of $2.20🤤

As I said in the intro Third Time´s A Charm and you guys (and girls and peeps that got tired of that gender thing) probably got enough of me doing the same thing over and over again proofing a very simple theory, right? 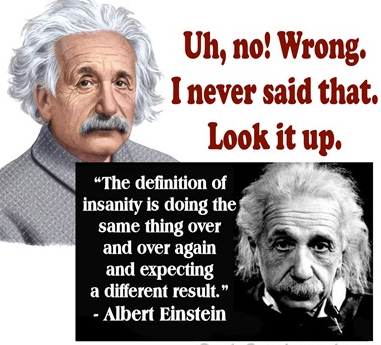 Now this was the third time and this time it really paid back with interest. But was it worth the effort overall?

I made a total profit of $42.30 which comes down to $14.10 per weekend. Each execution took less than an hour, so I made a$15 dollar per hour average. Which if I googled correctly is above the current minimum wage. In all honesty I will also be considering the 21% tax rate in Spain, which would leave me with a net $12 per hour, which is still a nice profit.

But above all, it´s just a great adrenaline rush and this baby loves adrenaline. 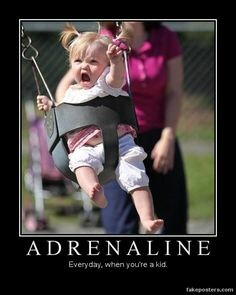 What I also loved, was doing this series.  And based on all the cool comments I am sure some of you did enjoy it as well. But as a very wise man once said: You should probably quit while you´re ahead. 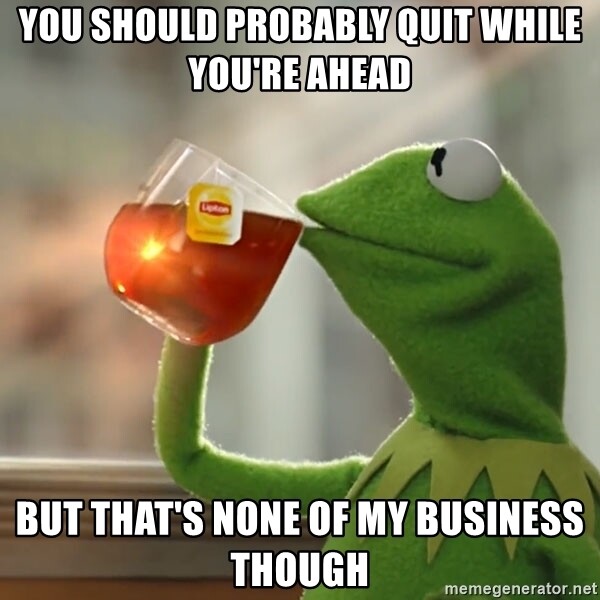 But who listens to little green man?

But I will listen to you, to all the people that actually read this article down to this last sentence:

Thanks for the read and have a lovely day! 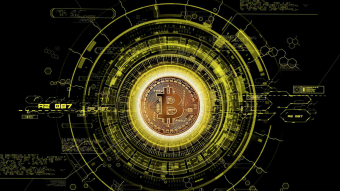 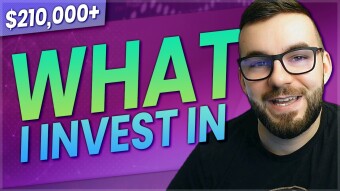 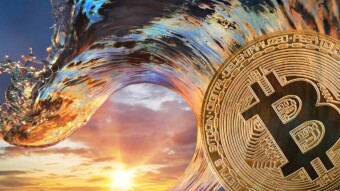