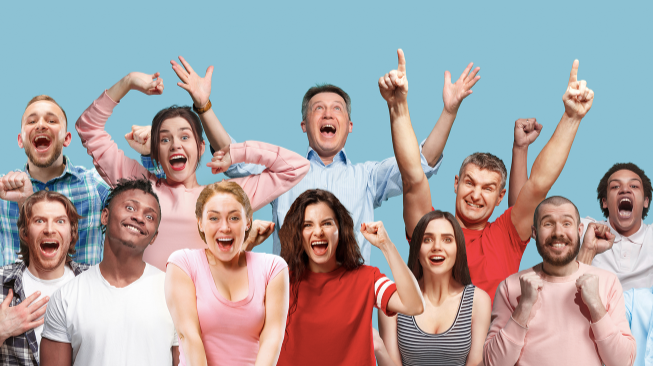 In some ways, they have a point. Its price chart looks like shit, everybody expects the bottom to fall out, and its on-chain data has only just started to shift in our favor (but not much).

At the same time, the only signs of a bear market come from trading patterns that we also see during bull markets, leaving pretty much everybody confused and uncertain about which way the market will go.

If you thought it was hard for me to sit on my hands from October to May, it’s even harder for me to buy into a market that’s bleeding and unsure.

I guess this is what Rothschild meant when he said “buy when there’s blood in the streets, even if it’s your own.”

Or as Warren Buffett said:

“You pay a very high price for a cheery consensus.”

To everything there is a season

At what price will you start to feel like the market is running away from you again?

Or do you think prices can only go up from here and the next altseason will “melt faces?” What will you do if it takes a little while for the market to start rolling again?

Maybe you spent all your money buying dips and you hope the price will stay low for long enough for you to get more money into the market?

Perhaps you’re convinced crypto will spend the next year or two in a bear market?

Whatever you’re looking for, this market will give it to you eventually.

The question is—if you get the outcome you want, are you ready to take advantage of it?

Nobody cares about what you think, Mark

I know! I’ve had a newsletter for 15 months. People read it. Subscriber numbers grow. Many people renew their subscriptions.

For the most part, they don’t seem to care what I say.

In my first post and during much of 2020, I encouraged everybody to buy into the market. Few listened.

Then bitcoin’s price started running—faster than I had expected and before it was ready to do so. I told people to buy altcoins. Few cared to.

Before those explosions, we saw clear, positive trends that usually lead to higher prices. Nobody took action until after prices went up.

Did that mean prices had to go up just because those trends had formed?

No, but it was more than worth the risk to find out.

Not quite summer, not yet winter

Today, we see no such trends. If anything, the market’s giving mixed messages—lots of bullish and bearish data.

It reminds me of 2019. Bitcoin’s price ended that year higher than it started (and never went lower), but people called it a bear market anyway.

Do you know why so many people took profits earlier this year?

Because they had profits to take. How did they get their profits?

They bought crypto during the bear market of 2018, the consolidation of late 2019, the black swan “bonus” crash of Spring 2020, and the altcoin collapse of September 2020, after DeFi summer.

In other words, they bought when everybody else sold.

You need to plant your seeds before the harvest—months earlier. You can’t wait until the weather turns.

Yes, just because you plant seeds doesn’t mean you’ll get a bumper crop, even if you get the timing just right. A lot can go wrong along the way.

Over the long run, the cryptocurrency market shows a clear, sustained uptrend. You can’t look at this chart of total market cap and come to any other conclusion.

Ideally, this trend will continue and you will roughly double your return on your investment each year.

Maybe the market goes up 500%, down 55% like we just did? Can you imagine how great it would be if we do that every year? Six months up, six months down? And you only buy when it goes down? That’s as much as 9x growth over two years.

At that pace, you will never have to sell any crypto. Just use it, spend it, borrow against it, and enjoy your good fortune without ever having to think about an exit.

Or, you can wait until prices go up again and settle for 2-3x ROI after you pay taxes, fees, and hit your entry and exit targets. Make a little money on the way up, sell on the way down, forget about it until the next all-time high, then do the same thing all over again.

That’s safer, but not necessarily better.

The grass is greener on the other side of the fence

I sometimes hear traders pejoratively dismiss “the herd” when explaining market psychology. The idea being, you want to do the opposite of what feels safe and popular—whereas most people prefer safe, popular decisions.

Contrary to popular belief, sometimes the herd is right. “It’s going to go lower” seems like the popular consensus. It’s hard to look at the reality of the data and price action and feel good about putting money into this market now. We’re still a long way from the strong trends we established from the end of 2019 through most of 2020.

At the same time, we’ve seen this market do crazy things seemingly out of nowhere, often in defiance of logic, data, and sanity. It’s nice to have company, but sometimes that company keeps you from enjoying the greener pastures on the other side of the fence.

In investing (as in life), you can’t just wait for things to happen. You have to take advantage of opportunities when they present themselves and let the market do whatever the market is going to do. Put the odds in your favor, understand the bigger picture, and act decisively—not recklessly—when the situation calls for it.

Fortune favors the bold. Courage is not the absence of fear, but the ability to act in spite of it.

Be bold. Have courage. Act decisively.

If you wait for the market to return to a cheery consensus, you may end up paying a heavy price for it.