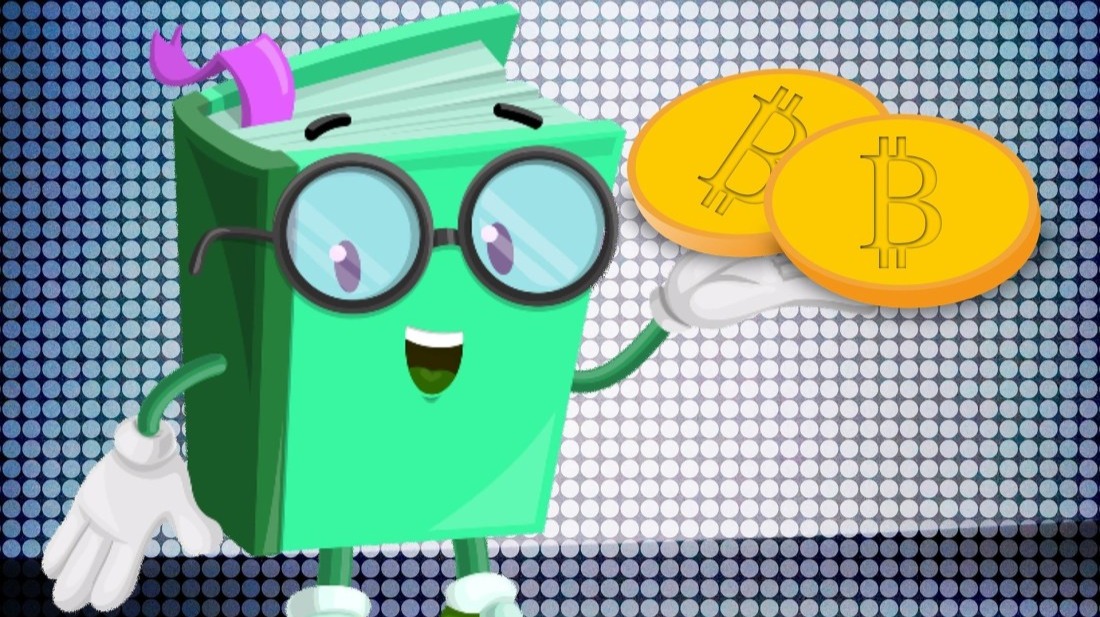 By MarkHelfman | Big Crypto | 4 weeks ago

You’ve probably noticed a meme that’s gone around the cryptosphere for the last few years.

Basically, it’s “give somebody bitcoin and they’ll realize how good it is.” Lolli does this and many people think it will get the mainstream to use bitcoin.

A few months ago, Michael Nye tweeted some good, brief tips on talking to people about crypto—including his own version of that meme:

In general, Nye provides great content, perspective, and advice on all his platforms. Also, I appreciate the hell out of him for giving me a little of his time and taking an interest in my book, despite my small profile and his many other commitments.

Several people tell me they’ve done what he suggests. I’ve done it, too.

Your average person does not have any clue how to use bitcoin nor do they have a reason to learn. It’s slow, expensive, complicated, and they can’t use it for most of the things they want to do.

Of course, you can say the same about checks, but not really. There’s a big difference.

They’re normal. When you handle checks, you don’t have to learn anything new. You don’t even need to know how to balance a checkbook anymore—most banks handle all the paperwork and tracking for you.

In fact, banks spend a lot of time and effort to make checking as easy as possible. They design an experience so you don’t think about fees, costs, and risks. Some even throw in a complimentary starter pack when you open your account (replacement books cost $10 and up).

Usually, banks include debit cards and free ATM access. That way, you never have to actually use those checks—which is good, because most places don’t take checks anyway.

Unless you’re poor, banks will usually waive your first bounced-check fees and rarely charge to stop payment on a check. If you give them enough money, they won’t even charge maintenance fees.

Traditional banking has several centuries head start on bitcoin when it comes to customer service. And, banking is so common that most people have no other frame of reference. Over 90% of Americans have a bank account, as does half of the rest of the world.

Giving away bitcoin only makes people wonder WTF the big deal is.

Allow me to share three short stories about three real people who’ve gotten bitcoin as gifts. I changed their names because somebody said that’s what I’m supposed to do when I write about people online without their permission.

Louise got 1 bitcoin from her son. She keeps it in a Coinbase account on her phone.

Despite multiple tutorials and lots of handholding, she still does not know how to use it. She wonders why its price goes up and down like crazy.

When I asked her about what she plans to do with it, she said she will keep it in her Coinbase wallet because her son says it might be worth something someday.

She doesn’t care about open, public, permissionless, borderless, neutral, and censorship-resistant financial networks. Her son gave her a bitcoin and said, “hold onto it.” She has plenty of money and did nothing to earn that bitcoin. She can’t use it anywhere and doesn’t even know how.

Why would she care about it?

Oslo asked me for advice about buying bitcoin. I helped him out. Even sent him a few thousand sats as a gift after he set up his wallet.

Now that he has his bitcoin, he complains about how hard it was to set up and that nobody else uses it. He also got upset about paying a 4% credit card charge plus spread to buy it. That’s much more expensive than his other investments.

He told me he’ll keep the bitcoin for his kids. After all, it might be useful one day and everybody says it’ll go up.

That’s another person who could’ve turned into a bitcoiner but didn’t. Maybe his kids will, but that doesn’t do anybody any good right now.

Mallory won’t mind me calling him an idiot because he’s an old friend of mine. And really, he’s not an idiot—he’s just simple.

Didn’t set him up with a wallet or anything, just sent .0021 bitcoin to a new wallet I created. I have the keys, ready to turn them over as soon as he asks.

That bitcoin’s still sitting in that wallet. The keys are still securely mine.

If we get that $1 million bitcoin like everybody says, he’ll have $2,100. Just for being my friend.

I’ll bet he won’t collect it. Why?

As new technology develops, it usually moves from hard, complicated, and interesting to easy, simple, and boring.

Easy, simple, and boring is good.

Almost every mainstream thing is easy, simple, and boring. That’s how you know your technology has arrived.

Bitcoin’s not there yet. Like all new tech, it has to cross the “chasm of adoption,” as shown on this diagram:

Used with permission from the Medium article, “The 4 Stages to Technology Adoption Inside the Chasm”

Sometimes, technology falls into the chasm and dies—but usually, good technologies survive and prosper. It just takes a while to catch on.

Bitcoin is most certainly in the chasm.

Medium writer Omar M. Khateeb posits that within that chasm, there are four stages: Complacency/Marginalization, Ridicule, Criticism, and Acceptance. You can see it in that bell curve above the chasm, also shown below:

If Omar’s right, we’re probably at “complacency/marginalization.” Should we really be pushing people to use bitcoin now, when it’s still slow, complicated, and you can’t do much with it?

We need acceptance, but bitcoin needs to earn that. Fortunately, many, many people are working to make bitcoin faster, cheaper, better, more useful, and easier to get.

Bitcoin—and at least a few other cryptocurrencies—will have a glorious future, but not if we push people into them before the technology’s ready.

Giving away bitcoin does have one benefit:

Almost all gifted bitcoin ends up getting HODLed. There’s just no incentive for most people to do anything else with it. They don’t care about it, don’t know how to use it, and didn’t sacrifice anything to get it.

But its price might go up, so they don’t sell it. They keep it in their wallets.

While that’s literally the opposite of adoption, it keeps sellers out of the market. This helps keep bitcoin’s price from collapsing.

If that bothers you, look on the bright side. If bitcoin’s really as good as everybody says it is, those people will come around. It just may take them longer than you’d like.

(Credit to Mariana Anatoneag for the feature image.)

Mark Helfman is a top writer on Medium for cryptocurrency, finance, and bitcoin topics. His book, Consensusland, explores the social, cultural, and business challenges of a fictional country that runs on cryptocurrency. In a past life, he worked for U.S. House Speaker Nancy Pelosi.