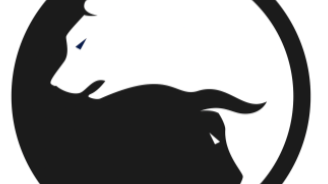 Is 2022 the End of Bitcoin’s Bull and Bear Markets?

Almost six months after bitcoin’s price reached its all-time high and roughly ten months after its 2021 low of $28,500, people still argue about whether crypto is in a bull or bear market.

From the start of 2019 until the end, bitcoin’s price went up 120% and seemingly everybody called it a bear market.

Some people say our most recent crypto bull market started in December 2020, with the first new all-time high since 2017—after the price had already gone up 600% in less than two years.

Now, you hear some people claim April 2021 was the peak of the cycle and all of the more recent higher-highs were part of a dead-cat bounce.

In other words, they think we had a nearly three-year bear market followed by a five-month bull market and now we’re one year into a bear market that’s already seen two new all-time highs.

Fitting, though, for a market as crazy as this one.

Check out all of the big swings. They happen in bull and bear markets alike—and that’s before we include the longer MOON FOMO LAMBO upswings that probably brought you into crypto.

Can you have a bear market where prices spend more time in an uptrend than a downtrend?

What about percentages? In September 2020, many altcoins dropped 50-80%. Likewise in January 2021. Both times, in the middle of a massive bull run.

When those drawdowns happen in the middle of a raging bull market, you call them corrections. One or two months later, back to zooming.

Today, you call them bear markets. Same drops but the zooms take a lot longer.

Suffice to say, we haven’t seen anything that looks like a classic bottom on a trading chart, nor clear signals in on-chain data or activities in the derivatives markets.

Then again, last year we didn’t see anything that looked like a classic top on a trading chart, nor clear signals in on-chain data or activities in the derivatives markets.

Mark, stop beating around the bush, is the bottom in or not?

I’m not beating around the bush. Maybe there is no bottom or top.

What if this market is destined to go up and down forever?

That’s a cop-out. You just don’t want to be wrong.

Nah. How can anybody be right or wrong about something that hasn’t happened yet?

Once you get into right and wrong, you miss the point. Too many people get psyched out with “bull” and “bear” markets. Take the market as it comes and make the best decisions you can. Bitcoin will decide who’s right or wrong.

Maybe it’s ok to appreciate the larger trends and dynamics around you, without forcing labels onto them?

Of course, at some point, you have to put a label on things. Otherwise, nobody will understand what you’re talking about.

Just let’s not make the label matter more than the intent.

Bull market or bear market, this market gives you all sorts of opportunities, often when you least expect it.

Since the summer of 2021, this market has gathered itself for the next leg up. We saw clear, textbook consolidation among market participants even as bitcoin’s price doubled from its June low of $28,500.

Now, miners have started to ship off bitcoin in clumps and we see spikes of selling from different corners of the market, but not broadly. Meanwhile, we see buying and accumulation across the board, but not in large enough volume to show up in any of the data I look at.