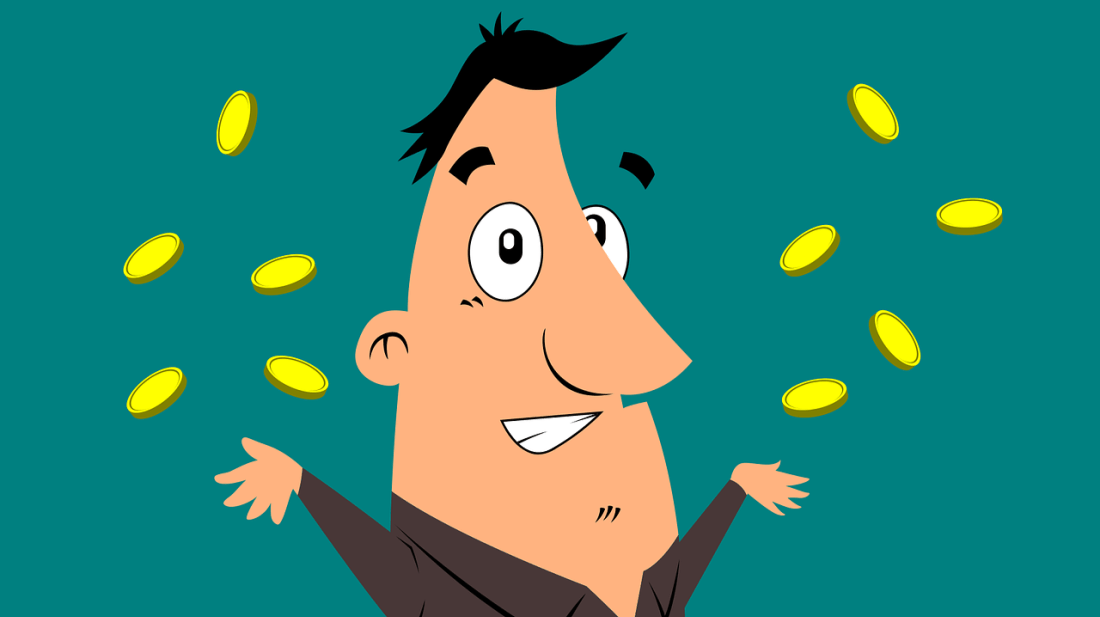 While some people believe these predictions, others think they’re all nonsense. What do I think?

More importantly, by speculating, we can get some perspective about what will push prices higher.

When you think things through, you can sometimes get insights that matter more than the actual numbers or statistical projections. After all, up is up, right? We want to know what drives the market up.

Bitcoin will not decide how much it’s worth. People will.

Instead of focusing on chart projections, mining costs, or bitcoin’s “intrinsic” value, let’s look at what people will do to make the price of bitcoin go up.

Read below for my prediction on bitcoin’s next all-time high—price and timing, and why I believe we will see a massive bull market that will shock everybody. At the end, I will talk a little about altcoins.

If that seems extreme, keep in mind, cryptocurrency is now a global market.

We tend to think in terms of US, Europe, and East Asia, but Latin America, Middle East, and Africa have seen a huge uptick in crypto activity according to a report by Formal Verification. If 2017’s boom mostly came from Pacific Rim and European countries, this next boom will come from almost every country on earth.

Also, the world is huge, with over $1 quadrillion in “things” that you can put a price on. All of those things can get recorded on a blockchain and exchanged as cryptocurrency.

On top of that, probably 16-22% of all bitcoins are lost. As a result, bitcoin’s actual scarcity is greater than we think. Inflows will affect have a much larger impact on price than you might expect.

And, unlike in 2017, many people will buy using investment funds or custodial wallets that use sidechains and batching technology to cut costs. Because they will not hold bitcoin directly, they will not suffer from the high cost of on-chain transactions and routine “real-world” usage.

No guts, no glory. When it hits its next market cycle peak, bitcoin will have a market cap of $6.5 trillion.

(Total market cap will top out around $10-12 trillion combined BTC and alts, roughly on par with gold’s market cap today and the inflation-adjusted value of the dot-com boom. I’ll write about my altcoin predictions in a separate article.)

How does bitcoin get that big?

You start with a global commodity that has NO barriers to entry, where access is as easy as downloading an app or hopping on a browser.

Then, you add two ingredients: DeFi and fresh capital from cash in bank accounts.

Thanks to DeFi and coordinated government financial stimulus, the next two years will see a speculative boom unlike anything you’ve ever seen—even if the global economy does not recover from COVID-19.

DeFi = Money From Nothing

Permissionless, decentralized financial systems will revolutionize finance and redefine the meaning of money.

In the short-term, they just give speculators easy access to cheap money.

As cryptocurrency prices go up, insiders will leverage their gains for stablecoins, which they will use to buy more crypto. Smart money will roll their new crypto into new loans to buy more crypto with. After all, the market’s going up, why cash out and pay taxes when you can re-up and snowball your gains? DeFi loans carry lower interest rates than most other types of debt, anyway.

On top of that, attractive yields will encourage people to keep crypto on lending platforms like Crypto.com, BlockFi, and Celsius. This will essentially lock up their crypto, reducing circulating supply while also giving new borrowers more credit at lower rates.

This is normal human behavior. If not for credit limits, credit scores, and government regulations, people would do this with money from the banks.

Eventually, you’ll start to see people advertising their “master plan” for using DeFi to make fast money with crypto. You’ll hear stories from friends and strangers about DeFi millionaires and people who got rich from yield farming. That could be you!

How many people do you know will turn down money from nothing?

Thanks to big stimulus packages, zero and negative interest rates, and a poor business environment, investors don’t have any good ways to make money anymore. Traditional investments involve more risk and lower returns than ever before.

Equities are overvalued and many companies have slashed dividends. Cash and bonds earn almost nothing. Private equity deals are hard to come by—and nobody knows how these start-ups will survive COVID-19.

Yet, U.S. investment firms have $26 trillion in assets under management and U.S. households have more than $18 trillion in cash, savings, and money market accounts. A similar situation exists in other countries, too, albeit on a smaller scale. On top of that, global funds, foreign investors, and offshore accounts hold upwards of $40 trillion.

None of that money has to go into crypto, but some of it will—once prices start going up long enough for people to believe prices will keep going up.

Again, normal human behavior. Nobody has the patience and discipline to continue losing money with cash, stocks, and bonds while cryptocurrency prices explode.

Great, Mark. Show me the data

I can’t. Nobody can. Every data model has a data model that contradicts it. Even S2F (and all its permutations).

Predicting the future is hard, even if you know what’s going to happen!

My prediction does not depend on statistical projections. It’s based on history and psychology. Human behavior.

Take a look at some other data models on my Bitcoin Bubble Tracker.

Some may want to compare this next bull market to the 2017 mania.

I’d caution against that. Cryptocurrency is more professional, regulated, mature, and functional than in 2017. Back then, you had a bunch of white papers and shills. Now, you have real products and services built on top of bitcoin’s protocol or constructed with altcoins.

With Cardano, Waves, ETH 2.0, NEO 3.0, XTZ, and other smart contracts platforms creating potential new opportunities for developers while DeFi offers massive liquidity pools for smart money and financial engineers, you finally have an opportunity that seems “real,” not a bunch of scams and Ponzi schemes.

Tokenomic models have improved, too.

Many cryptocurrencies now recognize the importance of staking and bonding, two actions that essentially lock-up token supply and encourage HODLing. As a result, market participants have less pressure to sell out of projects as prices rise. Prices will get higher for longer before early investors dump their tokens.

While these developments mostly apply to altcoins, they will contribute to the overall positive sentiment, which will rub off on bitcoin.

When will bitcoin hit its market cycle peak?

How do I know?

I don’t, but here’s the thinking behind that prediction.

Extend that pattern and we can predict it will take 46 months for bitcoin to go from its low of January 2019 to its high in October 2022. Like so:

Of course, that’s like rolling a die and turning up 1, rolling again and turning up 2, and predicting the next roll will be 3. Bad statistics, but it’s as good as any of the other projections people are making.

As an alternative, let’s look at a different way to think about market cycles, called Elliott Wave Theory (EW).

After that fifth wave, prices drop a lot for a while, in three waves: down quickly, up quickly, then down slowly. You can mark these as a-b-c.

There’s a certain psychology behind the waves. During the up-waves, people are largely optimistic. Even during the second and fourth down-waves, core believers remain positive despite falling prices.

Once you get to the end of that fifth wave, the corrective waves destroy optimism. Even the core believers sell out of the market or resign themselves to their losses. New buyers scoop up assets at basement prices. Then the cycle starts again.

Then, we got the Mt. Gox disaster, the silk road leaders went to jail, and the U.S. government sold their bitcoin for pennies on the dollar. Everybody capitulated. People thought bitcoin was dead. Many gave up. Some threw away their hard drives and abandoned their wallets. Development almost stopped—in fact, some of the best developers started new blockchains like Ethereum and NEO.

By the end of 2015, prices bottomed and we started another cycle, with wave 1 completing in January 2018 and wave 2 completing in early 2019. People are still enthusiastic, development continues to grow, and traditional financial firms are geared up to enter the markets (some already did). Many remain confident that bitcoin would go up.

As the longest, strongest wave, it should last longer than wave 1, which lasted 35 months. 46 months seems like a good guess.

If that theory’s correct, there’s one detail that blows my mind.

Each time we reached a previous all-time high, we got there around the middle of the wave, maybe closer to 60% of the way through. Like so:

If that pattern holds true on this fourth go-round, it suggests we could have two more years of a bull market after we hit $20,000 . . . whenever that comes.

What happens after bitcoin peaks?

Everything will crash, and there’s nothing we can do to stop it.

The powers at play are far more powerful than us. They will take advantage of our greed, complacency, and euphoria to take our money. They’re already doing it.

We just need to make the best decisions under the circumstances.

I would LOVE to never sell my bitcoin. I just want to have it, use it, and let it grow in value.

Sadly, once we hit the signals I share in my plan for bitcoin’s bull market, we will have to sell. My plan will force us to.

While I’d prefer to stay in the market forever, I don’t like to bet against history or human nature. At some point, greedy people and scared OGs will crash the markets. I’m not going to get left holding the bag while they run off with my family’s money.

After I see those signals, I’ll also tell everybody who listens: STOP BUYING BITCOIN. Just like I tell them BUY BITCOIN now.

We’ll see if anybody listens.

What do we do with this prediction?

That’d up to you! It’s just my wild guess. Nobody can predict the price and nobody will catch the top.

For me, it’s all about following signals, not prices or timeframes. What are people doing with their bitcoins? Are they doing things that have historically correlated to prices crashing?

Those are the signals that matter. Projections are fun, but humans will tell us when we need to exit the market.

If all goes to plan, it’ll be a LONG time before we need to think about market cycle peaks, all-time highs, or selling even a penny’s worth of crypto.

Until then, we’ll have booms and crashes, ups and downs, and occasionally, months of moving sideways.

Mark Helfman is a top writer on Medium for bitcoin. He also publishes the Crypto is Easy newsletter. His book, Consensusland, explores the social, cultural, and business challenges of a fictional country that runs on cryptocurrency. In a past life, he worked for U.S. House Speaker Nancy Pelosi.

This post was originally published in Crypto is Easy. 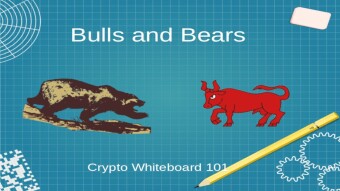 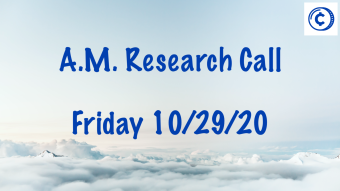 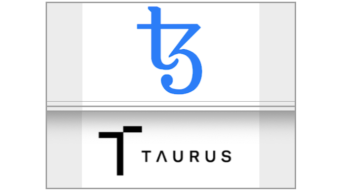