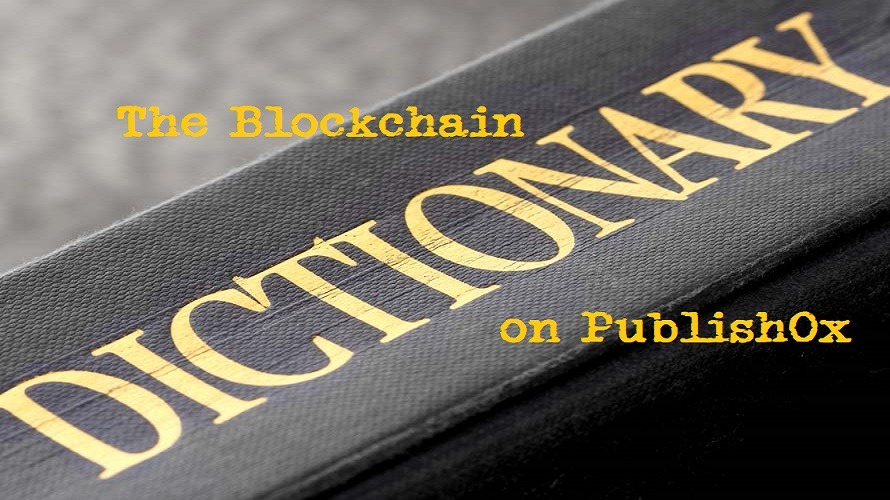 The Most Commonly Used Terms in the Cryptocurrency World 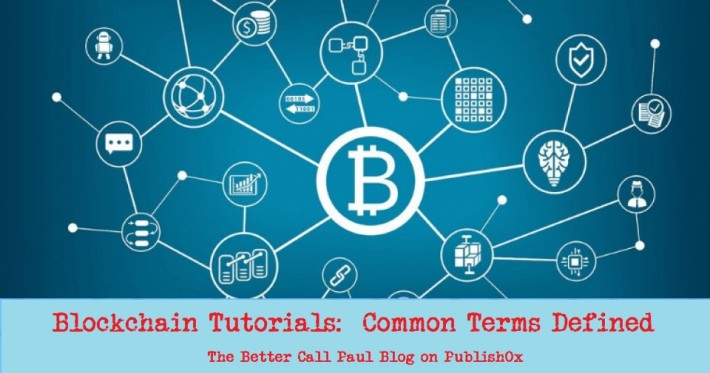 21.  Blockchain - This is the technology that all cryptocurrency is built upon.  As a form of a decentralized ledger, the blockchain is literally just what it says it is -- a chain of blocks.  Blocks are created by a consensus mechanism, whether it be through mining, staking, or another novel approach.

22.  Full Node -  A computer, single-board system, or other mining system that stores the entire blockchain on his/her personal system.  The person running a full node can participate in the consensus mechanism by allowing the system to verify transactions.

23.  Consensus Mechanism  - A method for verifying transactions on any blockchain.  The most common is "Proof of work," used by Bitcoin and the majority of other alts, through which mining is the work that is processed, and in turn, is how new Bitcoins are generated.

24.  Proof of Work - The most commonly used consensus mechanism for generating new cryptocurrency.  Complex calculations are solved by the miners.  Once a miner solves the problem, a block is generated and a reward is given to the miners.

25.  Proof of Stake - The second most widely used consensus mechanism.  With proof of stake, those who hold the asset in a full-node wallet are given block rewards.  The more of the coin held in the wallet, the more you earn.

26.  Mining - The process by which proof of work coins are generated.  The "mining" occurs as computers and ASICs on the blockchain solve a problem and rewards are disbursed.

27.  Gas Price - An Ethereum-specific term, gas price is the fee that must be paid by anyone sending a payment on an Ethereum blockchain.  The gas price is always denominated in Ether, which is the name of the native Ethereum token.  For instance, if I were sending you 40 ERC-20 tokens, I would have to pay a very small amount of Ether in order to complete the transaction.  Otherwise, it will just stall and never be confirmed.

28.  Bitcoin - The original cryptocurrency, built by the anonymous character "Satoshi Nakamoto."  Bitcoin operates as a proof of work coin running the SHA-256 encryption algorithm.  It was launched in 2009 and continues to occupy almost 70% of the entire cryptocurrency value currently in circulation.

29.  Ethereum - One of the most popular cryptocurrencies, Ethereum is meant to be a platform upon which trustless "Smart Contracts" could be executed between parties.  It was founded, in part, by Vitalik Buterin, and describes itself as a distributed computing platform complete with its own programming language.  The Ethereum blockchain allows users to create their own token, built on the ERC-20 protocol.

30.  Mass Adoption - The point at which the majority of the population begins using cryptocurrencies in their everyday lives.  The largest challenge to mass adoption is scalability from the few million who use crypto now to the billions that would be using crypto if mass adoption were to occur.

31.  Hard Fork - The process by which users on a blockchain split off from the original blockchain and form their own.  Bitcoin Cash, Ethereum Classic, and Bitcoin SV are all examples of hard forks.

32.  Soft Fork - The process by which rules and protocols are updated/changed on any given blockchain.  A soft fork does not require the splitting into a completely new project, but it does require across-the-board node updates so that the new protocols can be put into effect.

33.  Brave Browser - The flagship product upon which the Basic Attention Token is built.  Brave Browser is important in the cryptocurrency world, as it appears to be one of the most viable projects to get to the mass adoption stage.

34.  CBDC  - Central Bank Digital Currency.   These are digital assets that go against everything that original cryptocurrencies were built open.  They are centralized by nature, issued by a nation's central bank, presumably as a replacement for cash.  Venezuela was the first to attempt a national CBDC with the it's petroleum-based CBDC.

35.  Decentralized - The state of not being controlled by any central authority.  By spreading the generation of cryptocurrencies across the entire user base, and by not having any central figure or organization governing a blockchain project, decentralization can be achieved. 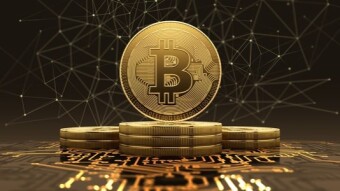