It’s no secret that privacy is a highly relevant topic for cryptocurrencies these days. Neither companies nor individuals want all of their information being publicly visible on a blockchain, in a way that it can be read without any restrictions by governments, family members, friends, or business competitors.

There’s currently a lot of experimentation going on in many different cryptocurrency projects, and BANANO doesn’t only offer near instant and feeless transactions, but also will have a privacy layer! We’re excited to share the progress of BANANO’s new privacy layer and announce Camo BANANO Phase 1 here, created by our core dev Coranos. Learn more below!

For those of you who don’t know BANANO yet: BANANO is a cryptocurrency (forked from NANO in April 2018) powered by DAG technology — here to distrupt the meme economy. Yes, BANANO has memes! And also feeless and near-instant transactions, a highly active community, and active technical development! The BANANO community doesn’t take themselves too seriously, but we’re here for the long run and we enjoy what we do.

First of all, Camo BANANO Phase 1 as described here and available for now allows for confidential transactions, but not for real privacy yet. At the current stage, Camo BANANO is the equivalent of opening 20 BANANO accounts on your BANANO Vault and using all 20 accounts to do transactions, meaning that any person you’d interact with only knows 1/20th of your stack. Camo BANANO allows to make this process easier (as kind of a manual mixer) and thereby in its Phase 1 adds confidentiality to BANANO transactions as proof of concept.

Camo BANANO will, however, be further developed, and Phase 2 of Camo BANANO requires adding a new block type to the BANANO protocol, finally allowing for sum-of-squares private transactions.

Of interest for developers: Also released recently under MIT License and open to use for everyone, for every purpose (though it’s not guaranteed to be suitable for any purpose of course): BANANOjs library with Camo capability V 1.0 (check out the readme for the supported API and camo commands). BANANOjs is a JavaScript library that can be used to convert seeds to public keys, sign blocks, and more. It also has Camo BANANO functions, meaning any developer can send and receive transactions using the Camo BANANO L2 protocol, without doing this manually by using the Camo BANANO website. To use Camo BANANO, you need to have a public BANANO address that is represented by a specific address generated by the Camo BANANO website. BANANO sent to this address in order to open it doesn’t have to be kept on this address. Basically both parties (sender and recipient) use a combination of a public BANANO address and its representative to generate a shared private key, and then any BANANO sent to the address behind the shared private key can be accessed by both parties, without showing up on neither of the “public” addresses of both parties. If using all of the 20 addresses generated by the shared secret key, the transaction can further be split between 20 different accounts to hide large transactions.

How do I use Camo BANANO?

You now have your Shared Secret: you can use it as a seed for your shared account. You’re now ready to use the some of the coolest features of CAMO!

The same process explained in other words: Do you want to hold millions of BANANO, but not to show up on a rich list?

This is what you have to do:

Congratulations! You’re now a Hidden Whale: you’re rich but do not show up on any rich list.

Do you want to be able to send millions of BANANO to someone, but not show up on a whale watch?

Here’s how to do it with Camo BANANO

Congratulations! You’re now a Paranoid Monkey: you’ve sent millions of BANANO but do not show up on any whale watch.

Questions? Want to develop on the BANANO platform? Join our Discord Server, and get in touch with @coranos#4281 or go to the channel #frankensteins-lab. 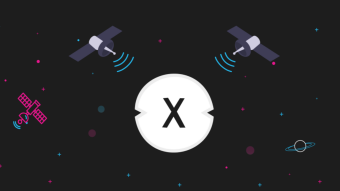 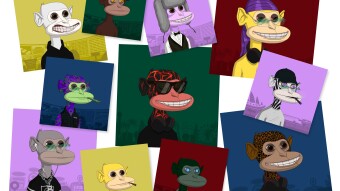 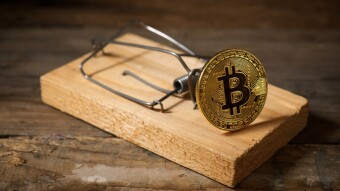