Getting Caught Up In The Grandiosity Of Your Dreams
MyCryptoOutlook2022 BitYard Contest and Giveaway - $1,200 in ETH Prizes! >> JOIN FROM HERE << 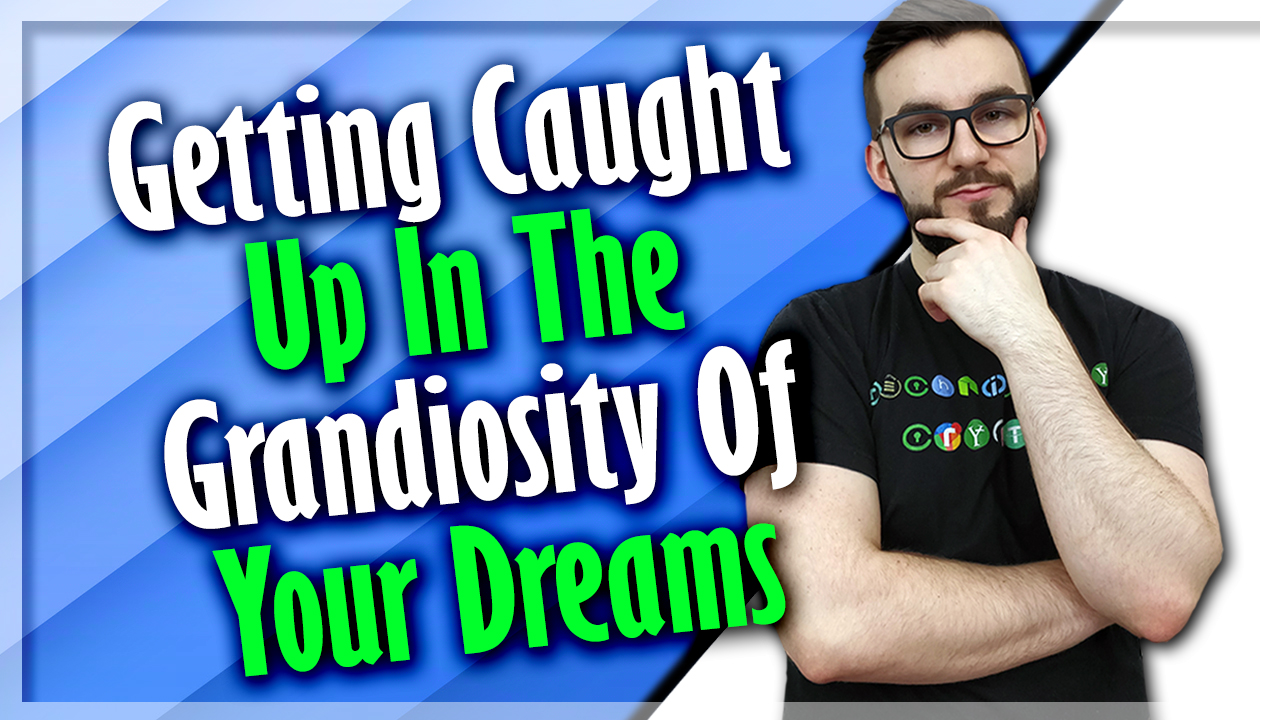 Getting Caught Up In The Grandiosity Of Your Dreams

People get so caught up in not pursuing their passion that they don’t pursue their passion because of it. Sounds confusing so I’ll briefly break it down. This is a scenario that presents this, but it not the only instance where this would happen.

So, let’s say it’s December 31st and New Year’s resolutions start tomorrow. You’re adamant that you will be doing something big and making a big step for yourself in the new year. “New year, new me” right? Well the thing for most people, we start to think about last year’s goals and realize that we barely stuck to it.

We justify our efforts by saying we put some effort into it, but we can fire 1000 excuses as to why it didn’t happen. Then we start to get so caught up in justifying that we didn’t achieve the goals and how it was so out of our own control that we then feel trapped in a box of our own design where we try to set out next year’s goals and wonder if there is any point considering the 1000 things that you’re up against. So instead, they watch Netflix, play video games, doing anything to distract yourself instead of just sitting there in this self-defeated state that you brought on because you thought it would make you happy to not be the cause of your own failures last year.

What really happens if you feel restricted, helpless, apathetic, guilty, upset, and ashamed that you could let this happen or that you live in a world where this is possible. On the flip side by taking on the responsibility of the consequences of all our actions and looking at what we can do every day, we can push even if 1% at a time to get exactly to where we need to be.

This is what is plaguing our society right now, especially my generation. The rejection of responsibility and assumption that entertainment will bring us happiness, and it does in the short term only. Responsibility will bring us fulfillment which is a long-term effect that will keep you motivated AND happy.

The thing is we can make ourselves happy doing all sort of horrible things, but typically fulfillment comes out of perseverance and the overcoming of obstacles and therefore people like Jordan Peterson have gained so much popularity. So many people in my generation are starving for responsibility but are struggling.

So, when you have life goals set out, I think the most important thing is to make inches towards it at a time as much as you can and just be further along than the previous year. You should only compete with yourself. Change your mindset and you can change your life.