Last week of April's crypto update! Ripple is making some noise in the headlines with their Bitcoin mining proposal and their Former CTO's XRP dump. Another is Facebook's comeback in their digital currency Diem,  which is about to launch its pilot this year.  Both Ripple and Facebook have experienced opposition from regulators, yet there are still making great announcements in the community.  We always look forward to more amazing news like these next month!

Bitcoin’s high-energy consumption has been criticized in the past few years. As the crypto prices increase, the energy consumed in crypto-mining is also expected to grow. With the growing competition of cryptocurrencies, developers are now seeking fast and efficient mining methods. Ripple’s co-founder, Chris Larsen, encouraged the use of eco-friendly models of bitcoin mining to maintain Bitcoin’s market dominance. Read more

In June 2019, Facebook introduced its first digital currency named Libra. It has faced oppositions from regulators around the world which led to losing its major backers Visa and Mastercard. After two years, the Facebook-backed digital coin named Diem is expected to launch this year.  Read more

The UK Jurisdiction Taskforce of LawtechUK (UKJTL), chaired by Sir Geoffrey Vos, Master of the Rolls, has published the Digital Dispute Resolution Rules.  The Taskforce notes that the new rules allow parties to resolve their disputes by an arbitrator. Read more

There were 200 million XRP coins released by the former Ripple CTO and one of the company's co-founders, Jed McCaleb. McCaleb helped found Ripple’s Labs in 2012 has made 11 transactions from his "tacostand" XRP wallet.  Read more

coinpass Global is the UK's fastest, most reliable and highest quality support cryptocurrency platform and exchange. coinpass specializes in fiat-crypto on/offramp connections to banking as well as crypto payments, OTC and trading. www.coinpass.com

Company news and features of coinpass.com 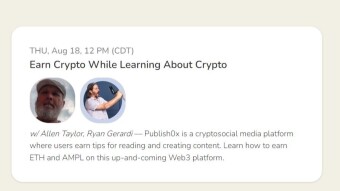