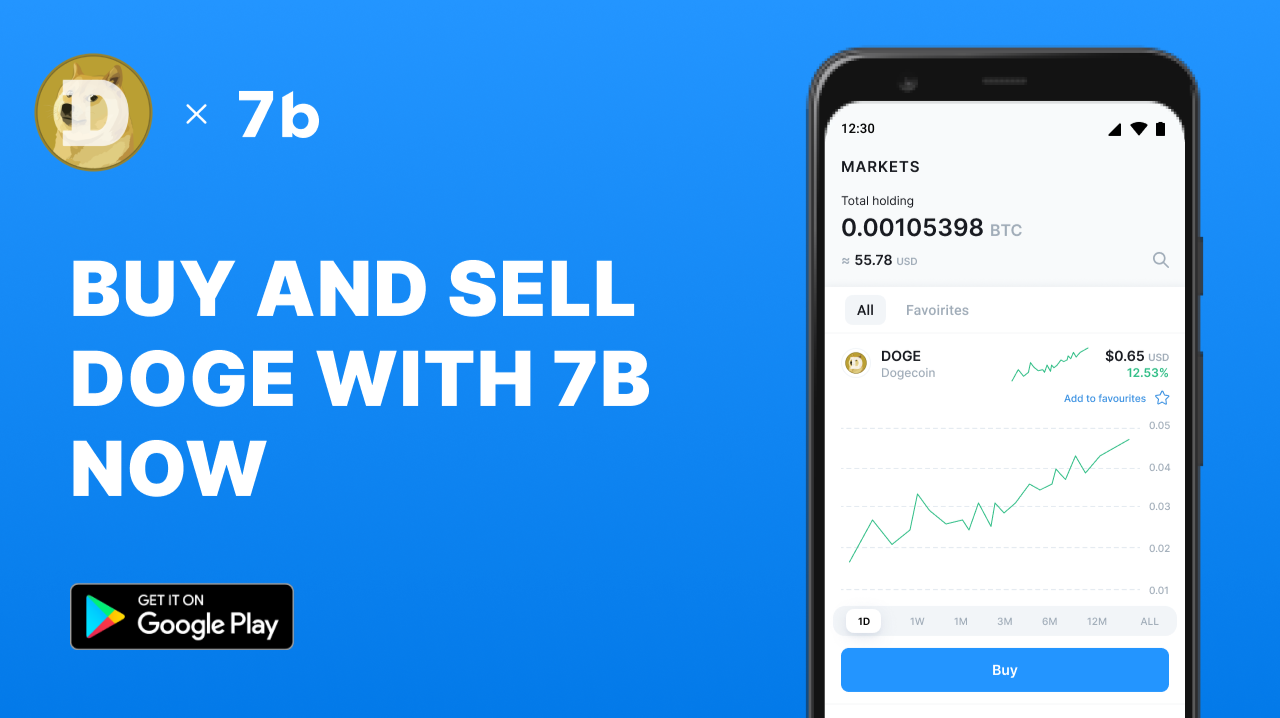 How to trade DOGE?

A coin that was created as a joke. But how did this joke turn out? And how did it happen that a frivolous cryptocurrency ended up in the top 10 cryptocurrencies in the world? In this article, we will talk about the characteristics of DOGE, the reasons for its stunning success, and prospects.

Dogecoin is a decentralized digital currency for mutual settlements between users of the network. DOGE was developed on the Scrypt algorithm, it was based on a fork of the LTC coin, called Luckycoin. It was launched back in 2013 by an Australian product marketing manager, Jackson Palmer, and an American software engineer, Billy Marcus. They openly ridiculed the hype created around Bitcoin (BTC), the price of which in 2013 repeatedly soared and fell several times. At that time, the advantages of BTC were not obvious, and Palmer considered it nothing more than a protracted experiment. Ridiculing the hype around cryptocurrencies, Palmer published the idea of creating a comic cryptocurrency, which he told about in his social networks. People liked this approach, and Palmer launched a website for a non-existing coin, which he called Dogecoin (DOGE). The name is inspired by a popular at that time meme about the Shiba Inu dog. At the same time, Billy Marcus wanted to create a digital currency. When he came across the news about Dogecoin, he invited Palmer to become a developer of the coin and bring the idea to life. The two of them decided to make the project “as ridiculous as possible”.

What is the secret of DOGE popularity?

The initial popularity of Dogecoin was provided by a bold idea, the popularity of the meme about Shiba Inu, the hype around cryptocurrencies, and the philanthropic activity of the DOGE community – all these facts fueled interest in the project. Another important factor in the global popularity of Dogecoin in recent years is the growing list of celebrities who express their support for the coin. Among the followers of the project is Tesla CEO Elon Musk, who repeatedly mentioned DOGE in his Twitter and called it his favorite cryptocurrency. Musk also called DOGE the “people’s crypto” and promised to place a physical Dogecoin token on the Moon. Also, the owner of the Dallas Mavericks, Mark Cuban, wrote on Twitter that his basketball team had accumulated more than 120 thousand DOGE in a month. In March, the Dallas Mavericks became the first NBA club to start selling tickets to their games in DOGE.

Why should I trade Dogecoin?

The popularity of DOGE is difficult to ignore. Dogecoin does not pretend to anything, but the project still manages to constantly stay in the top in terms of capitalization. By all laws, Dogecoin should have ceased to exist back in 2014, after the first wave of popularity. But the coin is not just living, but also gaining momentum. This is largely due to the popularization of DOGE through celebrities. Also, thanks to its minimal fees and listing on almost all major exchanges, DOGE has become the king in terms of transferring assets from exchange to exchange, as it is very cheap and fast. As of July 1, 2020, DOGE occupies the 6th place by market capitalization, which is $32,933,263,088, and the price for one DOGE coin is $0.2515. A stunning increase, since from the moment of its appearance until 2021, the price per one coin did not exceed $0.009. The all-time high was set on May 8, 2021 and was $0.7376. So, as we can see, the coin has a huge growth trend. In addition, its volatility makes the coin a good profitable tool, to which some trading strategies are applicable.

Where to trade Dogecoin?

The undoubted advantage of any cryptocurrency is that you can trade 24/7. To buy or sell DOGE, you can choose a secure cryptocurrency exchange as well as an equally secure and convenient broker. Below are some platforms that provide such a service:

How to trade Dogecoin using the 7b crypto broker app?

The 7b team is doing everything possible to provide our users with a wonderful DOGE trading experience. On 7b, you will find the most competitive rates on the market, more than 2000 cryptocurrencies for trading and an intuitive interface. And if you still have any questions, chat-support is always in touch. To sell or buy DOGE, you only need to complete a few steps:

Is Dogecoin a good investment?

Yes, DOGE has already managed to prove itself as an excellent investment tool. For example, those who invested in DOGE in January 2021, at a price of about $0.009, were able to sell DOGE for $0.7 already in May. Given its dedicated community and support from well-known personalities, we can safely expect an increase in the DOGE rate.

How do I invest in DOGE?

You can invest in DOGE using cryptocurrency exchange platforms. The procedure is approximately the same: select a trading pair, enter the amount and confirm the transaction. Withdraw DOGE to a secure wallet and store it until the exchange rate increases.

How to trade Dogecoin for beginners?

Novice traders need to carefully study various trading strategies. In order not to incur significant losses, it is recommended to start a demo account at first and use the service to work out strategies. On 7b, trading DOGE is extremely simple: register for an account and pass verification, select a trading pair, enter the transaction details and confirm it.

How to buy Dogecoin cryptocurrency?

To buy DOGE, it is recommended to use the services of reliable crypto exchangers or brokers. On 7b, you will find the best rates on the crypto market and a user-friendly interface. Log in to your account, select DOGE and the cryptocurrency you want to buy it with, enter the desired amount and confirm the transaction.

What is Dogecoin Blockchain?

DOGE is an open source decentralized cryptocurrency that provides fast transactions with minimal fees. It is on the 6th place of cryptocurrencies by market capitalization. A distinctive feature of DOGE is that it can be used not only as a speculative asset, but also as a means of payment.

In here I will explain how 7b crypto broker app works and how it can improve your trading experience.