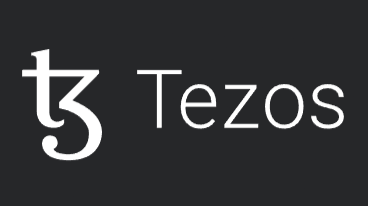 Tezos XTZ: A Blockchain Designed to Evolve with a Blooming Ecosystem

Tezos is a smart contract blockchain that features on-chain governance that essentially allows XTZ holders to shape the blockchain into whatever they want it to become. This on-chain governance is more inclusive to all participants of the network than the kind of governance that Bitcoin or Ethereum have, were only the miners can make decisions. So far there have been 7 major updates for the chain that were successfully implemented without causing an accidental fork.

This on-chain governance is achieved by holders delegating their coins to a validator, or baker, to support their decisions and earn a share of their governance rewards. This now not uncommon for a blockchain and many proof of stake chains work that way now but back when Tezos was founded it was one of the first few to have this feature.

Another thing that Tezos was one of the first to implement is its liquid type of staking. Holders don't have to freeze their coins to participate in governance and earn rewards, after they delegate them they can still use their coins in any way they want. Cosmos, Binance Smart Chain, Solana, Terra and many more don't offer their stakers this flexibility. Some blockchains that came after Tezos also adopted similar on-chain governance and liquid staking, like Algorand and Cardano. 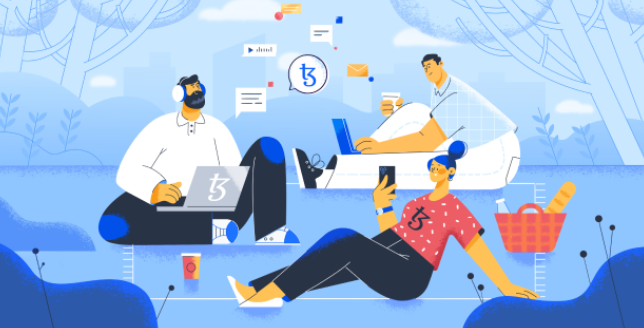 Tezos had the biggest ICO of its time in 2017 with $232 million until it was beaten a few months later by the Filecoin ICO that got $257 million. They targeted only $20 million, so they clearly had more than enough funds. Sadly the Tezos foundation had many problems initially due to fighting between the founders and they couldn't launch the blockchain in time. They even almost faced a few lawsuit from angry investors. But eventually they solved their problems and delivered their product in 2018. Since then there hasn't been any further problems and they successfully helped to implement updates.

Tezos is partnered with many large institutions and even governments. Red Bull Racing and a former Marvel illustrator are building their NFTs on Tezos, Society General is building a Euro CBDC on the chain and there are also digital IDs build on Tezos. Recently, many different dApps began to launch on Tezos. There are multiple different DEXes, NFT marketplaces, lottery type of games, a NFT trading card game and many other games too, a type of Launchpad, native decentralized stablecoins, a bridge to Ethereum and many more applications. There is currently no lending protocol but there will be one soon.

I wrote an entire series of posts about DeFi dApps on Tezos if you are interested.

The native cryptocurrency of Tezos is called XTZ also known as Tezzie or Tez. It is used to pay for network fees, however the fees are very small and the validators barely make any profit with them, the fees are mostly meant to prevent spam attacks. The validators, or bakers as they are called in the Tezos community, make most of their profit with newly minted coins, which means that there is a constant inflation that the bakers are earning for their participation in governance. A baker needs to hold at least 8,000 XTZ to run a node by themselves, anyone who doesn't have enough coins can still earn rewards by delegating them. The inflation shouldn’t concern a holder as long he has his coins delegated.

It is possible to hold XTZ in a dApp and mint a wrapped version of it called cTez with the same value. This makes it possible to use cTez in other smart contracts while still earning baking rewards by using your XTZ in the dApp for voting.

At the genesis there were exactly 763,306,929.68 XTZ distributed. 79.59% was sold to ICO participants, 0.41% were given to early supporters and 20% went to the Tezos Foundation and to Dynamic Ledger Solutions. The supply was since the beginning well spread since most was sold to individual investors.

The value of the token isn't that you have to spend it to use the blockchain, but that it gives you voting rights over the network. As more dApps are launched and more businesses use it there will be more demand for XTZ. Tezos has solid partnerships and many unique projects utilizing it and the growth of its ecosystem only began a few months ago, there are countless opportunities for liquidity farming.

However, the blockchain is not as scalable and fast as some of its competitors like Harmony, Algorand or Flow. But we know that the blockchain successfully implemented multiple bigger updates without a problem, so hopefully there will be further improvements in that direction. After all, the blockchain is designed to evolve further.

The most active exchange to buy it is Binance, but almost every big exchange offers it. The best wallet to store your Tezzies and connect to dApps on Tezos is the Temple Wallet.