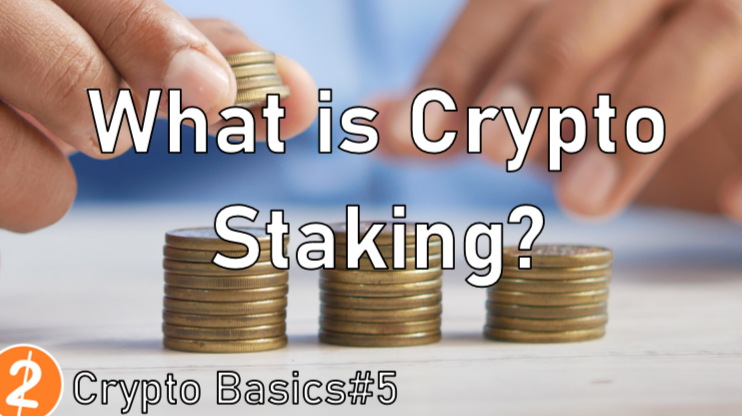 Crypto Basics #5: What is Staking and Proof of Stake?

In this series I want to explain some terms that are relevant to the amazing world of cryptocurrencies to help newcomers understand it better. Today I want to talk about staking.

Crypto Basics #2: What are Smart Contracts?

Crypto Basics #3: What is a Cryptocurrency Wallet?

Crypto Basics #4: What is Mining and Proof of Work?

What is Staking and Proof of Stake?

Blockchains need to be updated constantly and that only works if all the nodes that run it achieve an agreement, or consensus, about which one can create the next block of transactions.

The very first consensus mechanism, that Bitcoin is using, is called Proof of Work and it works by letting all the nodes compete with each other for the right to mine the next block. However, PoW has gained a lot of infamy because it is allegedly not efficient since all nodes are spending energy on their competition, while only one of them actually creates the next block. It can also take a while for a block to become truly finalized due to accidental forks that can happen if multiple nodes create the next block. That’s why alternative consensus mechanisms were invented, Proof of Stake is one of them.

A blockchain that runs with PoS is randomly selecting one of its staked cryptocurrencies and the node that is staking it, or has it delegated, has the right to create the next block. The advantage her is that the nodes don't have to spend any computing power or electricity on their competition and are only using them to actually process the transactions. Another advantage is that accidental forks cannot happen because the node that can create the next block is selected beforehand, so there cannot be multiple contradicting blocks created at once.

Proof of stake is also rewarding its nodes with transactions fees and new coins. The difference is that the nodes don't get selected based on their computing power, but on how much stake they have in the blockchain. They need to provide coins to be selected, meaning that they have to be invested in the blockchain and would be hurt if they do something to harm the chain and its value. Their stake can often also be slashed (partly burned) should they misbehave.

Staking is the process of providing your cryptocurrency for the consensus. Most PoS blockchains also allow their holders to delegate their coins to a validator, or node, so that they can add them to their stake in exchange for sharing their rewards. Staking is also often used as a synonym for lending or putting your funds into a DeFi application and earning a yield that way, but "real" staking, in the context of PoS, means using your coins to become a validator or delegating them to one.

Staking more coins makes it more likely to be selected for a new block. This means that validators and delegators are less likely to dump all their earned rewards because they can earn even more by staking them too. However, Proof of Stake is often criticized for that because it obviously favours validators and holders with a lot of capital, which could become a problem even though they are less likely to want to harm the network. Many chains have tried to even the playfield for their stakers with various different methods, for example by making it less likely for a validator to be picked if their stake gets too large.

Most new blockchains are using Proof of Stake due to its efficiency. Tezos, Cardano, Solana, Terra, Tron, BSC, Celo, Cosmos, Moonbeam and many more are already using PoS and the Ethereum blockchain is currently trying to switch from PoW to PoS too.

I hope that short explanation was helpful for some newcomers. I will keep writing more such short articles about various crypto terms. Feel free to follow me if you are interested.