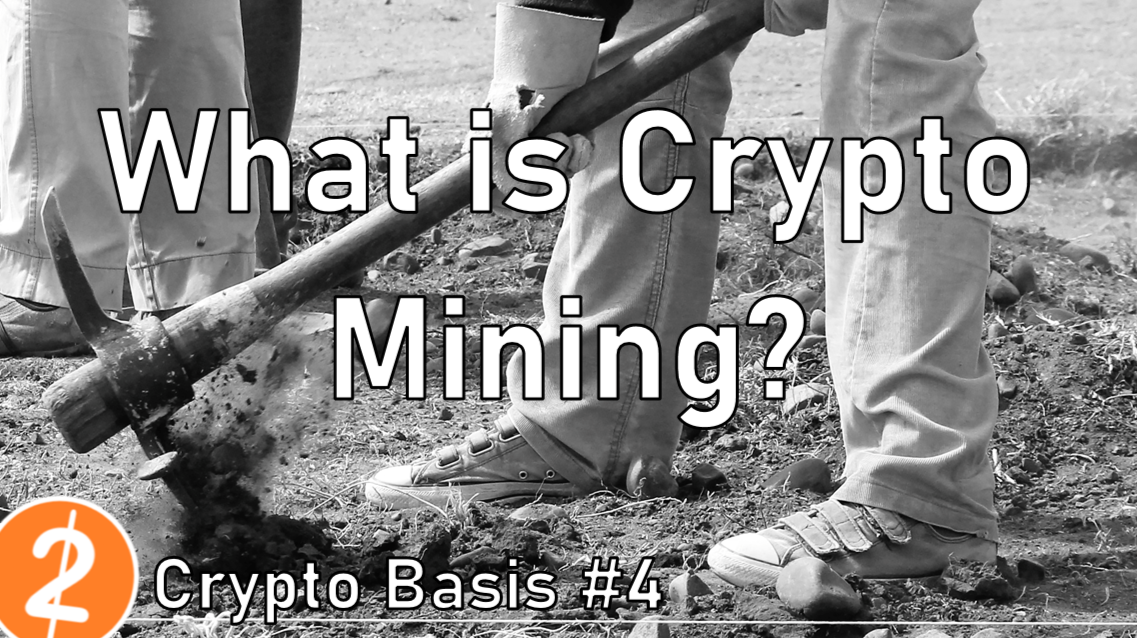 Crypto Basics #4: What is Mining and Proof of Work?

In this series I want to explain some terms that are relevant to the amazing world of cryptocurrencies to help newcomers understand it better. Today I want to talk about mining.

Crypto Basics #2: What are Smart Contracts?

Crypto Basics #3: What is a Cryptocurrency Wallet?

What is Mining and Proof of Work?

A blockchain is essentially a list of transactions that all computers that run the network own and keep updating. In order to update the blockchain with the next block of transactions, all nodes need to achieve an agreement over which new block should be added.

Proof of Work (PoW) is one of the most used consensus mechanisms that are used to decide which node can create the next block of transactions. With it the different nodes compete for the right to create the next block. All the computers that run the network try to solve some kind of mathematical puzzle and the first one to succeed is allowed to process a set of transactions and update the blockchain, which they want to do because only the one node that creates the next block earns transactions fees and often also newly created cryptocurrency. The nodes or computers that update the chain are called "miners" and the process of updating the chain in exchange for rewards is called "mining".

Which miner can succeed at solving the mathematical puzzle first is to a degree randomized but generally better hardware and more computing power increase the chances of being successful. This is a problem because the network is more decentralized if everyone can join it with their normal computer but doing that is often unprofitable if other miners use special hardware that is too expansive for most people, like ASIC miners. That’s why many Bitcoin forks tried different approaches to be more resistant to such hardware.

Miners can pool their computing power together and then share their rewards. This makes it more likely for them to earn rewards if their own hardware isn't good enough but they also would have to share their rewards with the other members in the pool based on how much power they provide the pool with. You can use a platform like NiceHash or GamerHash to join a pool without much trouble.

PoW is increasingly being frown upon because of how inefficient it is. That is because most energy is used to solve the puzzle and only the first one to solve it does the actual work of creating the new block of transactions, all other miners just wasted electricity for nothing. PoW is also rather slow because after one miner succeeds with the puzzle and creates the next block, the other miners also need some time to learn about that and it can also happen that another miner accidently also creates a new block at the same time and the remaining miners need to figure out which one to reject, which could take a while. But there are also still many fans of PoW that argue that any alternative makes cryptocurrencies centralized.

Most older cryptocurrencies like Bitcoin, Litecoin, Dash, Zcash, Monero and many more use Proof of Work. Ethereum is also currently using this consensus mechanism but its founder is currently trying to switch to Proof of Stake, which is supposed to make it more scalable. Most cryptocurrencies that gained popularity since the 2020 bull market are using Proof of Stake already.

I hope that short explanation was helpful for some newcomers. I will keep writing more such short articles about various crypto terms. Feel free to follow me if you are interested.