Yesterday evening, when I received an email from Crypto.com with a subject line "Important Announcement MCO Swap", I could see only the first two words in my email app. So I just scrolled it up as I thought it's some intimation for a scheduled maintenance. But later in night when I opened it, I was shocked. In a sudden move, Crypto.com notified its users that it will no more support its MCO coin and offered its users to swap their liquid and staked MCO for CRO.

For long, I was wondering why Crypto.com is continuoing with 2 coins viz. MCO & CRO, when it could do all that it was doing with 1 coin itself. So swapping MCO to CRO should have been a welcome move. But the way it was announced and the swap deal offered raised a number of questions.

(1) After the Wirecard debacle, MCO coin was already tanking, while CRO was touching its new ATH. So swapping it to CRO will obviously annoy CRO holders as their coin will bear the brunt of it to an extent.

(2) Only 3 months time period is offered to MCO holders to execute the swap with no recourse for whoever fail to act in this period.

They could have airdropped CRO to all MCO holders instead. But they clearly mentioned that users need to act and if they don't, all MCO will reduced to just some useless ERC-20 tokens which won't be supported by Crypto.com.

Thus Crypto.com wants to make profit of long term MCO hodlers who didn't bother to act in this short time period. The only respite is that they are going to burn 15.8M MCO coins held by the issuer MCO Technology GmbH.

(3) They calculated the swap ratio considering the volume weighted average prices of MCO & CRO for last 30 days. This time period is just after the drop in MCO prices after the Wirecard fiasco in June end. Also this was the period when CRO touched its new All Time High.

(6) Another biased condition for this swap is expressed as follows:

Crypto.com may deliver additional CRO to certain swap program participants, over and above the amount of CRO derived from this formula.

(7) Staking scheme for MCO Visa Cards has been replaced by the following:

This is about 4x more than what MCO holders are getting from the CRO swap. 500 MCO staked will yield only 13,821.95 staked CRO in the app and the required stake being asked for this tier is 50,000 CRO now.

However, they vow to continue to offer all previous benefits to users with staked MCO even with lesser staked CRO, they will need to comply with new condition in the event of unstaking and re-staking. Many users were in the process of accumulating more MCO to upgrade to the next tier and some even acquired the necessary MCO just before the announcement. But app does not allowed to upgrade your tier before you make the swap. This necessitates to comply with new staking requirement.

(8) Several features previously available in lower tier cards are no more available to those users e.g. Airport lounge access is no more available to Ruby holders.
Indian users has some disadvantage compared to other users as despite paying the same amount, they get access to only 8 features of the total 10 features being offered worldwide.

As I write this, Crypto.com has reduced the staking requirement by 5 times now. This says about the magnitude of the customer backlash and the alacrity by which the company responded to it:

Anyway, yestereday MCO became the biggest gainer with over 35% in gain. So I sold all my MCO held in Exchange. I'm looking forward to put that amount in SXP (Swipe) if I see some pull down in it s prices before the airdrop.

I did swapped whatever I had in my app for CRO as I see it a hassle to move to Exchange and sell when MCO prices began to slide down.

Overall, Crypto.com is constantly trying to keep the prices of its coin rising through increasing the staking requirement for Visa card, crypto earn program or syndicate purchase program or on some other pretext. And it seems to be working well so far. 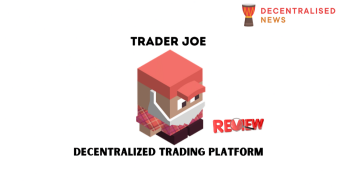 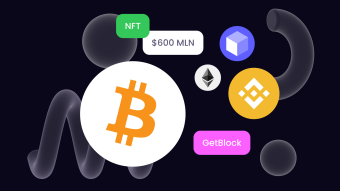