J.K. Rowling who is a British author and widely known for writing the Harry Porter book in response to Leigh Cuen, a CoinDesk reporter's tweet, sad she didn't understand bitcoin and was opened for education:

Her tweet caught the attention of prominent and influencial people in the crypto space. The likes of Ethereum Creator, Vitalik Buterin, Justin Sun, CEO of TRON Blockchain came to her aid with interesting explanation of Bitcoin. 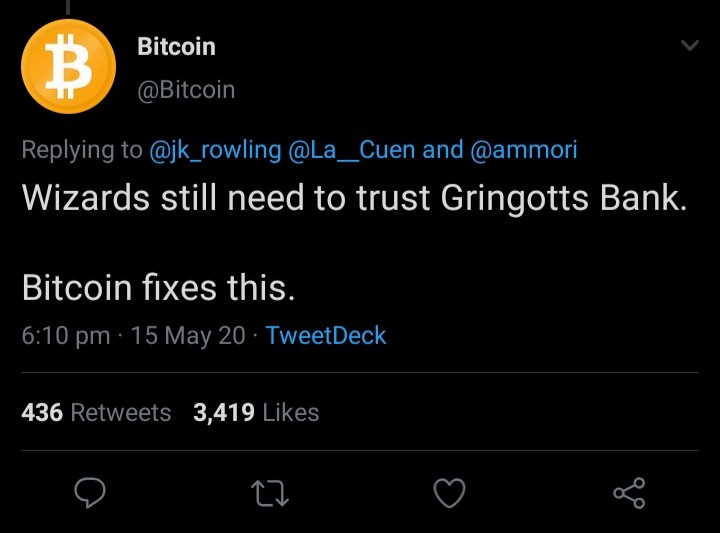 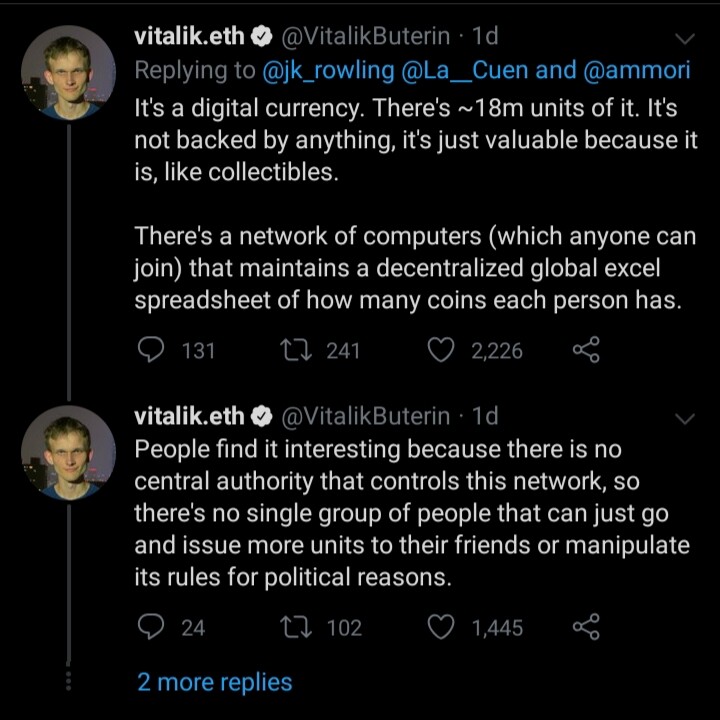 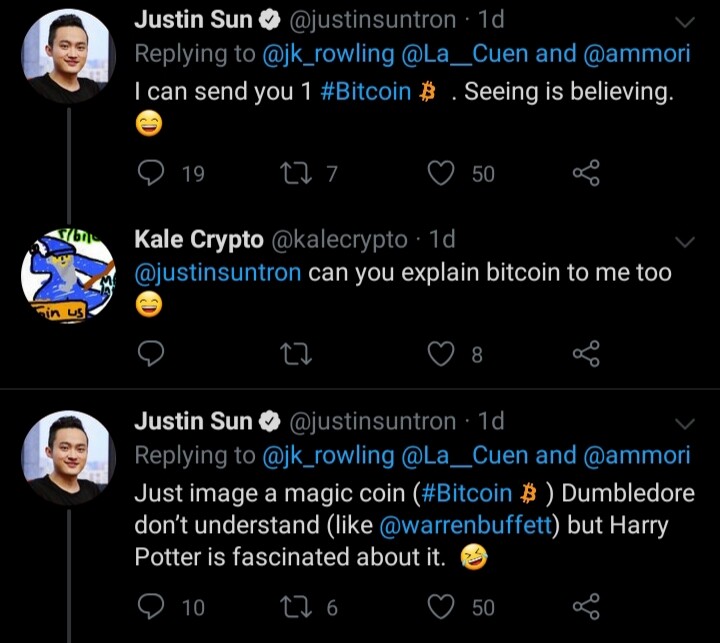 In a subsequent tweet where Rowling talked more about bitcoin, Elon Musk commended Bitcoin's intervention to our financial crisis and revealed he owns 0.25 BTC

As it got more excited, a fake account impersonating Rowling, tweeted she had bought her first bitcoin. Many could not recognise it was from a fake account including Coinbase CEO.

At the of posting, the fake account had been taken down, however, crypto Twitter (CT) managed to keep record of the incident.