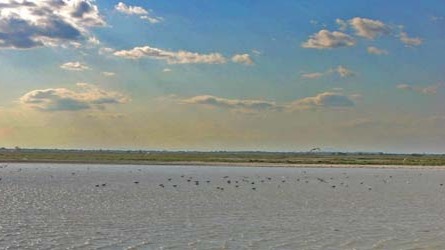 tl;dr: From the most scientific to the most spiritual, an initial exploration of the Quantum mindset.

Recently, I’ve started to spend a bit more time looking into and *trying* to get my head around the ideas of Quantum Physics and, in particular, what Quantum Computing does…and therefore it’s potential implications, not that I’ll really be able to predict that.

I’m loosely familiar-though still baffled-by the two primary concepts of superposition (a particle can be in two places at the same time) and entanglement (where two particles, regardless of the distance between them, can be interrelated/interconnected). However, as to the question of how the quantum world and quantum computers actually works, well, I’m very much a novice.

I started with two podcasts from Exponential View, Building A Quantum Computer with Light, and Making Quantum Computers a Commercial Reality, which led me to an academic paper called Scaling the Ion Trap Quantum Processor.

I had to read that three times and I am still confused. I said to someone the other day, “if you think crypto is difficult, wait until you get to quantum. It’s insane.”

As Azeem said, “it seems crazy to us, but if we had grown up on the quantum level, we would think that the idea of a particle only inhabiting one place at one time would be crazy.”

But, somehow, it seemed to me that thinking about this sub-atomic level would also be a portal into connecting with the unseen spiritual world.

It was just a hunch and so I was curious when I was reading an article called “Jewish Mysticism meets the Sabbath” which introduced me to an author named, Eduard Shyfrin, who apparently is also a mega rich oligarch. Either way, I hadn’t heard of him, but he is the author of From Infinity to Man: The Fundamental Ideas of Kabbalah Within the Framework of Information Theory and Quantum Physics and I thought “a ha…this book is for me.”

So I bought it.

I also picked up Quantum Revelation: A Radical Synthesis of Science and Spirituality  because it looked on the same topic.

As my friend Aaron likes to say, “there’s a there there” and I’m curious to find out what it is as I dive more deeply into this world.