Welcome to the first issue of Callisto Monthly—a new, regular dispatch designed to highlight all that’s happening in the world of Callisto … and, just maybe, a sneak peek at what’s coming up. This month, we start with… 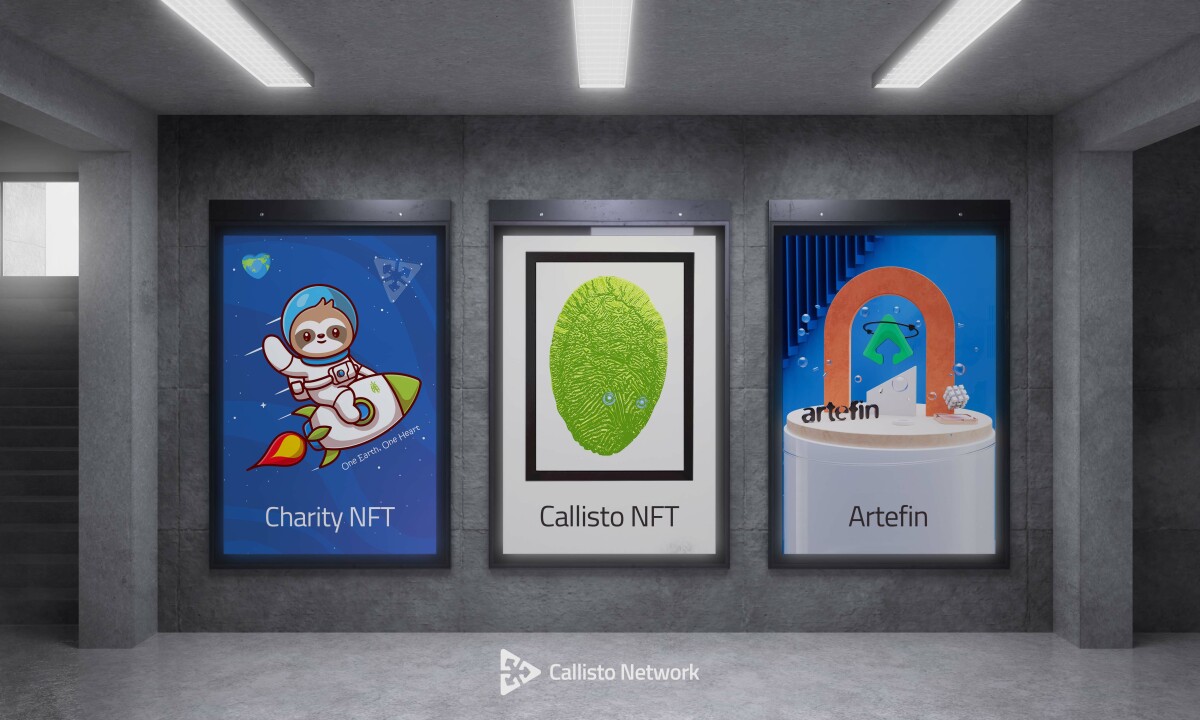 Amid the ongoing Russia-Ukraine conflict, Callisto’s various divisions have stepped up to provide humanitarian relief for war refugees who have lost homes and livelihoods, and have had to flee their homeland. So far, across Callisto and SOY Finance we have raised more than 25,000 BUSDT, and more nearly 2.2 million Callisto coins, equivalent to about $40,000. Every bit of that money – 100% – is earmarked for humanitarian relief. As part of that effort, we released a series of SOY Finance Charity NFTs that will help provide additional funding for the humanitarian effort. This is what the NFT’s look like: 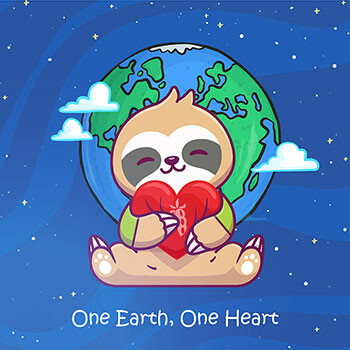 The series consist of 10 NFTs, all carrying the same message: One Earth, One Heart. It’s a reminder that we all share this planet, and we all need to spread “one love.” SOY began selling the NFTs on March 16, and new versions are released every Friday for nine consecutive weeks. To provide the highest level of transparency, SOY has placed a spreadsheet online so that all donations can be tracked. This humanitarian effort is just the latest in Callisto’s ongoing charitable giving campaign. In 2021, for instance, the Callisto and SOY Finance communities donated or airdropped more than two billion coins (more than $15,000) to various charity efforts. The Callisto Security Department, meanwhile, performed more than 360 smart-contract audits, largely for free, as a contribution to help secure the smart-contract system.

Bringing a New Standard to Market

Callisto Network launched a new standard for non-fungible tokens that aims to make the NFT space safer and more user-friendly. Known as CallistoNFT, the new standard offers significant advantages over the widely used ERC-721 standard that is commonplace across the industry at the moment. This new standard allows for and NFT’s specifications to be standardized, indexed, and stored on-chain—a first for the industry. Moreover, CallistoNFT allows buy/sell offers to exist within the NFT itself. No more need to trade only on NFT marketplaces. With the new standard, an NFT owner can place a sale price inside the smart-contract, and a buyer seeing that price could pay the cost and immediately own the NFT – even if the NFT isn’t listed for sale and only exists as, say, an entry in an art catalog. No middleman is necessary to complete the transaction. Similarly, a buyer can place a bid inside the NFT’s smart-contract, and the owner, seeing that bid, could accept it, even if the NFT isn’t listed. Instantly, the transaction executes and, again, no marketplace is involved. It’s total decentralization of the NFT space. For artists and creators, the new CallistoNFT standard means retain full control over their intellectual property, and the ability to continually earn fess from ongoing trading of an NFT over time. As part of that, artists can stipulate how royalties change, meaning later royalties could being to decline. Finally, the new standard incorporates a communication model that prevents the accidental loss of an NFT through carelessness. A wallet that is not prepared to interact with a specific contract—a specific NFT—will reject the trade and the NFT remains in the original wallet. Only when two wallets communicate and confirm the transaction is supposed to exist will that transactions then occur. Taken as a whole, the new standard is a step toward making non-fungible tokens easier, safe, and more convenient to buy, sell, or trade.

Much of the NFT space today is defined by pictures of pixelated monkeys and a chorus of “crypto bros” yelling “wen moon?” and “wen lambo?” Artefin, a real-world art gallery based outside Prague, is bringing real, digital art to NFTs, and it’s the first to use the new CallistoNFT standard. Through the stable of artists that it represents, Artefin is bringing real-world fine art to the blockchain. As such, Artefin aims to emerge as a platform where recognized artists can bring to their fans a style of art-collecting that is reflective of trading cards, such as baseball or hockey cards. This unique approach opens up the world of digital fine art to a broader audience of potential collectors by offering these NFTs at more affordable prices. Artefin’s collection of artists include those who have a verified history as an artist. The gallery then ensures that those artists bring to the blockchain high-quality, digital art. In some instances, that’s real-world art that has been transferred to the blockchain but then altered in some way to make it unique. In other instances, the art is created specifically as NFTs from the outset, or captured as the artist is in the process of making it. Artefin produces each NFT in different editions, at different price points, and with different use-cases. Owners of an “Original Edition,” for instance, receive an NFT in the highest quality possible. Original and Emerald edition owners can claim a limited-edition, signed print of the artwork on which their NFTs are based, assuming that’s part of the NFT they’re buying. Whatever the case, both Artefin and Callisto are bringing a new standard the digital art space by way of NFTs that aim to make real art available to a wider group of collectors, and by exposing today’s NFT buyers to a new type of NFT art. That’s all for April. Thanks for being part of the Callisto family. We’ll return in May with the next edition of Callisto Monthly – and a story on Callisto’s new e-sports venture. 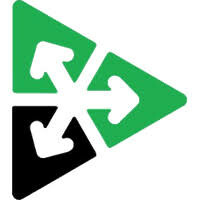 Together, we will build tech solutions for the games & esports industry 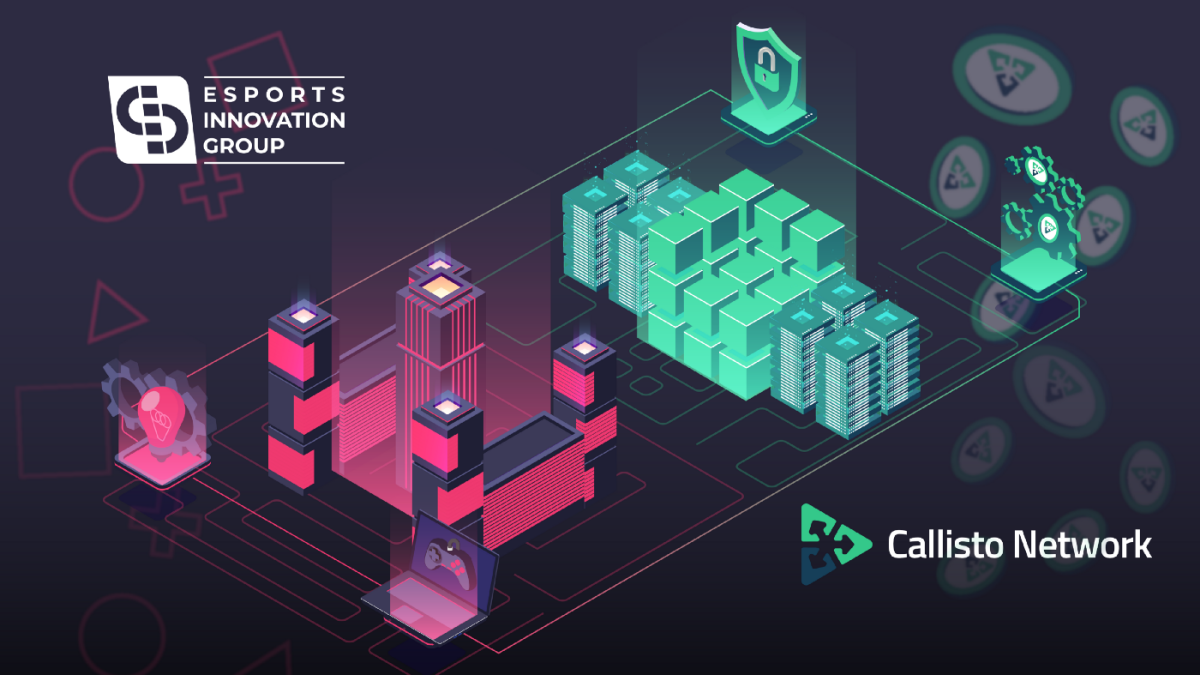