Amidst the recent news is the purchasing of twitter by Elon Musk at a bid price of $54.20 per share and total estimated value of $44billion. The news has become rampant and entice various discussions and suggestions on the enormous amount used by the world richest man to take over the social media platform. The bid was unanimously accepted by the shareholders on April 25, 2022 and awaiting a confirmation from the regulators and shareholders.

With the motive to know about the reason for the purchase of the social media platform by Elon Musk and the consequences that can follow if the platform became a private sector, there has been some various questions concerning what should be expected after the take-over of Elon Musk. Some of these questions includes;

While there are some negative reactions concerning the aftermath of handling much power to a single individual, some people are optimistic and happy for the new board to run the platform.

In his recent tweets, he made his motive known and the reason for purchasing the social media platform which is the concept of “FREE SPEECH”.  The tweets received different form of criticism as free speech can lead to misinformation and cause damage to the platform and to the people. The freedom of speech can lead to the dissemination of wrong information, intolerant posts and the platform will become a place where anything can be posted without law or regulations. With the freedom of speech not fully explained and the misunderstanding that was caused, he clarifies what he meant by free speech in a tweet

“By free speech, I simply mean that which matches the law. I am against censorship that goes far beyond the law. If people want less free speech, they will ask government to pass laws to that effect. Therefore, going beyond the law is contrary to the will of the people.”

The above statement justifies the notion of the freedom of speech which does not override regulation concerning what can be said in so far that it does not goes beyond the law and regulations of a country and against individual freedom. The problem which may likely be encountered here is how to endorse free speech with different regulations and laws by each country in a general platform like twitter.

As the digital and internet age keeps evolving, power has been shifting from governments into the hand of big corporations which contribute immensely to the political and economic sector of every country. In recognize of the power of social media Musk made a statement of the need of a platform which is politically neutral. "For Twitter to deserve public trust, it must be politically neutral, which effectively means upsetting the far right and the far left equally," Musk tweeted on Wednesday. This was due to the banning of some account that relates to political matter in which there are some bias in the treatment given to the Republicans and the Democrats.

Although there is a problem in the concept of equal treatment to the far left and far left, nevertheless, Twitter as the social media platform for political engagement and worldviews should maintain a neutral state by giving the same treatment to everyone. "Free speech is the bedrock of a functioning democracy, and Twitter is the digital town square where matters vital to the future of humanity are debated," says Musk.

WHAT SHOULD WE EXPECT AFTER ELON MUSK PURCHASED TWITTER?

There are different individual perspectives and comments about the future of the social media platform once Elon take control. The billionaire made known his intention towards unveiling the full potential of the platform by making the algorithm open-source to enforce trust, banning the spam bots and authenticating every human. These looks visible, but we cannot know his full intention for the platform until the transaction was confirmed. There are also critics focusing on the concentration of power to an individual to take control of a big corporation whose have a great effect in disseminating information around the world. while many believe that handling the ownership of the platform to a single person is dangerous and a threat to democracy, some are believing that the take-over will be at the best interest of the people and also reveal the full potential of the platform. 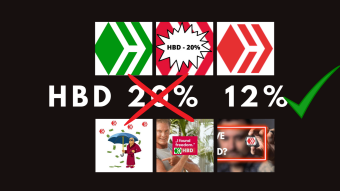