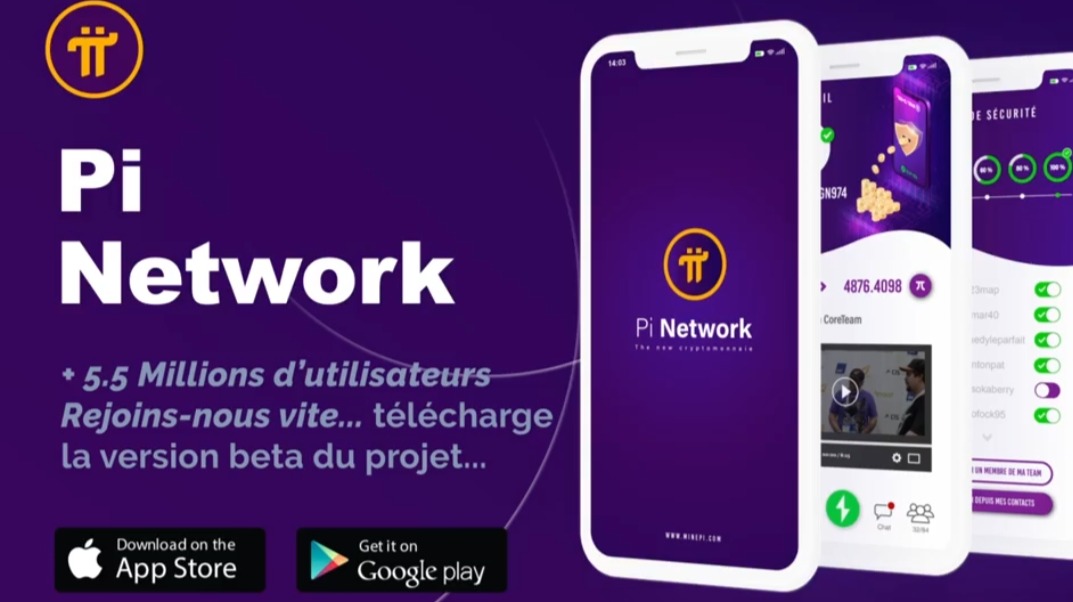 8 REASONS FOR FORMULING THE PINETWORK PROJECT WILL SUCCESSFULLY.

1. The Pi coin is issued under the name of Stanford University, and the professors are all real names. They are famous people in Society, as well as for Blockchain platform and digital money. They and the team are completing this mission day and night, creating the global cryptocurrency. They don't dare to fail.

2. Stanford University ranks second in the world in reputation and world leader in blockchain technology, if they can't do it, who can?

The Ethereum founder graduated here. He is a pupil of the founder Pi. Ethereum is currently priced at over $ 400 USD as of the time of this post. The Pi is sure to achieve high values, you are completely assured.

3. They send invitations to the world to recruit blockchain talent. 5 people have been hired, mainly for ecological construction This is something that other coins have not done yet, and there is no way to do it, for example connecting with shopping mall and Bitcoin in the mall. shopping. The network speed will get stuck and cannot be used in real life. The Pi tries to complete the test on the current testnet before going to the mainnet. This requires an investment of time, capital and technology.

In my opinion, after ten years of development, the era of blockchain has arrived, and technology has matured. The Pi (Pi Network) is the first blockchain that can be used in practice, and the Pi Network Market (PNM) will also be the first block in the world, and will be updated to Pi Apps as soon as possible. Late than originally scheduled is early August).

The chain of commercial centers, like Amazon, Alibaba…., Pi Network has been built for a year and a half and will soon be docked with Pi application. Jeff Bezos, Jack Ma became the richest man in the world thanks to Amazon, Alibaba,…. and Pi founder was able to succeed thanks to Pi.

4. The difference between Pi Coin Mall and Amazon, Taobao is:

There are also Amazon and Alibaba profits made by Jeff Bezos and Jack Ma, and the profits of Pi Coin Mall reflected in the price of Pi Coin, allowing coin holders to receive dividends.

Founders make money by owning 20% ​​of the Pi (as clearly stated in the whitepaper), and the miner is the promoter for the founder's (pretty good seller), we own The number of coins, this is our bargain (performance) card.

5. The Pi coin project team is trying to build an ecosystem to increase the value of the coin 20% (more than 6 million USD has been invested in building shopping malls, receiving programs, servers, etc). We continue to promote for more coins.

This is a global business in which money is paid but no money. The Pi Network project seemed to be peaceful, under the leadership of three professors from Stanford University, promoters of more than 200 countries around the world emerged non-stop, day and night struggles, television stations, rooms live broadcasting, newspapers, public accounts ... Everywhere, search volume for Pi Network on Google Chrome's Pi Network is at the top of the world in search results for digital money so far. . Are you still worried about Pi Network failure?

6. In fact, to this day, to start a business and a business, you don't necessarily have a physical store, and you don't have to see so-called work or work.

Amazon, Taobao is a living example. It depends on a kind of insight. A suitable platform for the current situation is Jeff Bezos, Jack Ma owns no product and has become the richest people in the World.

7. After Pi Network's first global shopping mall (PNM) accepts the Pi Network application, the purchasing agency industry will be greatly affected. Buyers can directly buy Pi to buy products directly around the world, minus the profit of buying intermediaries, who are willing to trust someone at high prices How about buying?

8. When the barter stabilizes the currency price, the Pi currency payment system will be launched, you just need to buy cash into Pi or Pi for cash and you can sell your Pi.

Above are 8 reasons that the Pi network project will be successful!

So my Pis do not worry and do not rush to ask when to withdraw money or when Pi is on the exchange.

This project is a public chain and really takes time. I also recommend that Pis should start the miner on time.