Note: This article aims to contribute informative content for you. I present this, based on my opinion. I am not responsible for your gains or losses. When you finish reading, do your study and invest at your own risk.

It is no secret that the number of cryptocurrency enthusiasts has been steadily increasing. Even if the majority comes only for speculation, there will still be those who will stay with technology with a future vision due to the great potential of this market.

However, in terms of everyday usability, few coins stand out. There are still many laypeople on the subject who need practicality and something intuitive. As much as some do not fully understand the technology, there will still be a willingness to learn how to use it.

Banano can be defined as a cryptocurrency meme or meme coin. However, I feel that it can go much further than that. It is a fork of the NANO cryptocurrency, with some minor technical modifications. In other words, it uses DAG technology, which is a mathematical algorithm that has a “tree” structure, which allows for virtually infinite scalability, unlike a “traditional” chained blockchain like Bitcoin.

Banano appeared in April 2018. Its name is a pun on the word Banana + Nano. It features the following features: Instant and feeless transactions, rich in potassium and memes!

Speaking of memes, we have his best known: “Sell me this shitcoin” which got over 3600 upvotes on Reddit and the title of Meme of the Year in 2018:

You can find many, many more memes on BANANO’s Discord.

The Banano team has taken a lot of effort in terms of wallets to use, as they are very simple and intuitive. We have a web wallet, called Banano Vault, Nano Vault fork, which can be accessed from your computer, integrated with Ledger Nano S. Also, we have it, the wonderful Kalium. Kalium is Banano’s mobile wallet. Its design is incredibly beautiful and intuitive, so it’s worth a look too.

Each monKey is unique, representing a Banano wallet address, and can have different styles, combining accessories and colors of hair and eyes. What’s your favorite accessory?

Unlike the most common cryptocurrencies, BANANO is not technically “mining”. All coins have already been issued and are in an ongoing distribution process. This distribution is made through Faucets, Contests, and Games. That’s right, you can get BANANO, free of charge through these ways. Some of its forms of distribution are:

Not everyone would like to have their transactions exposed on the network, thinking about this, the BANANO team created CAMO, a privacy layer on the BANANO network. Currently, it guarantees confidential transactions and not real privacy. At the current stage, it works like a manual mixer, where you divide the quantity you want to send between different accounts so that it does not appear in the richlist. Do it intuitively through the Camo Banano Light Wallet!

BananoJobs is a microtask platform, where users themselves post a task, offering bananos as a reward for those who do it. Currently works on Reddit, can be accessed through the link bananojobs.com, but in the future, it will migrate to a dedicated platform.

Banano has a large community, present in many social networks. Check out their user numbers on the most popular platforms below: There are many people around the globe too, check out the numbers of members of Telegram groups separated by their language:

Stay on top of jungle news and more in the satirical newspaper “The Daily Peel” with community columnists.

BANANO also thought about how to educate newbies in the world of cryptocurrencies. Banano Bites is a series of videos with an educational focus from the Banano team. It is presented by CryptoJitsu and you can learn from the complete 0 about “What is Banano?” to the advanced in how to understand in-depth how the CAMO privacy layer works in practice. The important step in spreading content about cryptocurrencies also comes from members of its enthusiastic crypto community. One of the ways to instigate the search for knowledge is to provoke curiosity. And what is the best way to do this? Introduce Banano. How, a great guide for exploring Banano’s ecosystem? Or, what do you think about sending tips?

Yes! Tips. Send tips to your friends, it can be a small amount in bananos. That way they will be curious like “what was that he sent me”, “Banano (BAN), what is this?” and seek to know more about.

Our friend at that time is Banano TipBot. It is present on various social media platforms such as Twitter, Telegram, Reddit, Discord, and even on Twitch!

That’s right, the Twitch gaming lives platform also has tipbot. You can learn more through the most charismatic wizard I have ever met: TriggerHaven, offering entertainment, culture, and bananos to your viewers, take a peek there! I guarantee you will like it.

Well, that’s it, I tried to summarize as much as I could of the Banano ecosystem. It is a large cryptocurrency with a large community. So, what do you think about introducing her to friends? 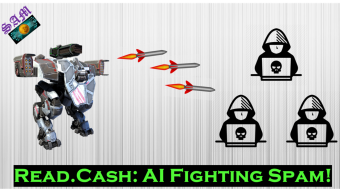