I have also started a parallel project: on January 1st, 2019, I repeated the experiment, purchasing another $1000 ($100 each) into the new Top Ten cryptos as of January 1st 2019. Spoiler alert: it's a night and day difference between the two experiments.

May was an incredibly strong month in crypto - we've now seen four strong months in a row, but this month was especially ridiculous. All 10 coins are in the green, a rarity since I started this thing in January 2018: it's only happened twice before in seventeen months, once in April 2018 and once in February 2019. The poorest performer (Stellar) was still +36%. Despite the strong month, more of the 2018 Top Ten lost than gained ground. Stellar and Dash both dropped a spot and Cardano dropped two slots (#10 to #12), sliding out of the Top Ten. NEM clawed its way back one place to #20.

NEM, Dash, IOTA, and Cardano are Top Ten dropouts - they have been replaced by EOS, Binance Coin, Tether, and BTSV.

May Winners - For the second month in a row, Bitcoin Cash dominated, ending May up +71%. An encouraging sign for BCH considering April was the first month it had pulled out a monthly victory. NEM finished a close second this month, up nearly +70%

May Losers - Like last month, Stellar again was the worst performer. Although it was up +36% in May, it couldn't keep up with its peers, dropping one place in the rankings. Overall update – Bitcoin pulling away from the pack, NEM and IOTA still at the bottom. The total crypto market cap increased an impressive $100B in May, up almost +60% from last month's report. It is down -53% since the beginning of the experiment, January 1st, 2018, but somehow the fact that it's approaching 50% feels like a milestone of sorts. At $272B, the market is at its highest point since August 2018. My Top Ten of 2018 portfolio increased about $100 in total value this month, the second highest month-to-month increase in the history of the experiment. I can now mark four months in a row with increasing total values, a new record in the experiment.

Still, I have to recognize the fact that this is now the fourth solid month in a row, unprecedented thus far in the experiment.

Once again this month marks a record high in Bitcoin dominance, the highest since the experiment started in January 2018, almost 56%. It's fair to say Bitcoin is driving the crypto market rally and people are still taking a cautious approach when it comes to altcoins.

Bitcoin continues to increase its overall lead. After seventeen months, it is now 15% ahead of second place Litecoin in terms of return on initial investment.

The experiment's focus of solely holding the Top Ten looks like an especially poor strategy this month. While the overall market is down -53% from January 2018, the cryptos that began 2018 in the Top Ten are down -72% over the same period of time. That nearly 20% difference is the widest gap of the experiment so far and significantly more than last month's record 12% difference.

At no point has this investment strategy worked: the initial 2018 Top Ten have under-performed every single month compared to the market overall.

I'm also tracking the S&P 500 as part of my experiment to have a comparison point with other popular investments options. May was rough for the stock market compared to crypto markets. The S&P 500 is now up +3% since the beginning of 2018. Much better than being down -72% in crypto, but that initial $1k investment I put into crypto would have yielded only +$30 had it been redirected to the S&P. February, March, April, and now May have been solid months for crypto. May has seen more positive press coverage and excitement than has been seen in a while. With Bitcoin touching $9k this month, is $10k within reach?

Thanks for reading and for supporting the experiment. I hope you’ve found it helpful. I continue to be committed to seeing this process through and reporting along the way. Feel free to reach out with any questions and stay tuned for progress reports. Keep an eye out for my parallel project:where I repeated the experiment, purchasing another $1000 ($100 each) of the new Top Ten cryptos as of January 1st 2019. 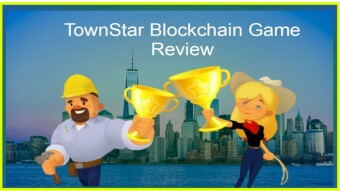 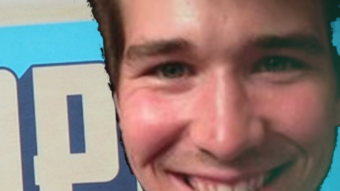 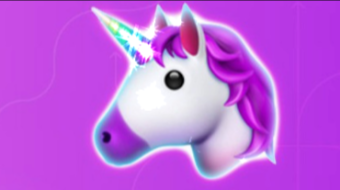