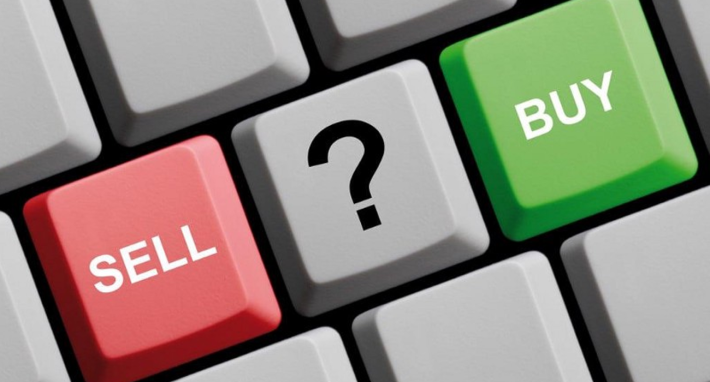 If you have been involved in trading either stock, fiat currencies or crypto currencies then you may have come across the term ‘buy wall’ or ‘sell wall’. Throwing it in a sentence certainly helps to make you look smart, but what does it actually mean? And how can this knowledge be utilized by people like you and me — the simple trader?

In order to answer these questions, we’ll need to take a step back and look at what buy/sell orders are first. When you want to purchase some coins it isn’t as simple as setting up an account on an exchange and buying the coins off the organization. The exchange is just a facility in which two users can meet to swap assets. You want to buy their coins with another coin of value (normally ETH or BTC), they want to sell their coins and receive BTC or ETH in exchange. When you agree on a price the transaction is made and each involved user’s wallets adjust reflecting the completion of the transaction. Now this sounds very complicated and tedious. And it would be if you had to do all the work. But you don’t. All you need to do is put in a request, selecting the coin, the amount and the price per coin. This is called a buy order. The exact same occurs for those that want to sell, but this is called a sell order. Normally these will be set as list until cancelled — which means it will stay as an unfilled order until either it gets filled or you cancel it. Now you can imagine, thousands of people putting buy and sell orders on the exchange, creating a myriad of orders. The exchange then matches any up that overlap automatically. The rest are listed publicly until filled or cancelled.

Figure 1. On the inner right side there are unfilled sell orders (above — red) and buy orders (below — green) listed and the far right lists all the completed orders chronologically — newest first.

Since all orders that are overlapping are automatically fulfilled, it makes it easy to set and forget until your order gets filled. Sometimes, for a large buy (or sell) order, it might take multiple smaller orders to fill it up, this might mean you will see your order partially filled, then a little more, until it gets filled completely. Now, inherently there will always be a gap between the highest buy order and the lowest sell order. This gap is essentially where the current coins price will sit. Normally it will be the last completed order price. This is how the market can drive up or down the coin’s price.

Now that we understand how the buy and sell orders work, we can look at what a buy wall/sell wall is.

Figure 2. On the right side you can see the combination of the buy orders in the green pile, compared to the sell orders in the red pile.

Figure 2 shows the buy/sell depth. This means there are more buy orders compared to sell orders as the green pile is larger than the red pile. When there is a large buy order then the green pile will increase vertically instead of in small increments. It looks similar to a large step — or… a wall! What this means is that if there is a massive buy order of 10,000 coins at 0.003 ETH, when the majority of sell orders are only 10’s or 100’s of coins then it will be very difficult to fulfill this order. If this order cannot be fulfilled then it means no orders below this wall price will be fulfilled, essentially stopping the price from going below the wall. The same thing happens when there is a sell wall.

Now, when a buy wall is put in place, everyone who has an order below this knows their order will be unlikely to be filled AND anyone looking to buy quickly also knows they must put their buy order at a higher price than the wall, ensuring it will get filled first. This will then drive the price up as the people can then start putting sell orders in at higher prices too due to the circumstantial demand. A sell wall will have the opposite effect, lowering the price.

A little bit of background on these walls.

Some of these walls are legitimate, and it just means that a lot of people or one person with a lot of money believes that at that particular price it is the right decision to purchase, but sometimes these walls are attempts at price manipulation.

Someone who holds a large percentage of the market share of a coin is called a whale — they are the big fish in the sea, they cause a splash. So when a whale has enough funds to put a large buy order in they can single-handedly create a buy wall. They would do this to try and manipulate the market, creating fake hype. I say fake, as they never mean to buy this many coins at this high price. But they might already own some coins they purchased at a lower price earlier. So by putting this ‘fake’ buy order in they hope to drive the price up, then allowing them to sell their currently owned coins for a nice profit. This large dump of coins will then make the market realize the fake hype and bring the price crashing back down. This allows the whale to purchase more coins with the profits they have just made. Sometimes things don’t always go as planned. If the buy wall doesn’t manipulate the price to go higher, then the whale will cancel the massive order if the price gets too low where their order might start to get filled. This can have the opposite affect which could cause the price to drop as people believe this massive order has been filled and everyone wants to sell before the price drops further. This could even have been the whale’s plan all along in order to buy some cheap coins.

Essentially what I’m trying to say is that a fake buy wall might be put in place to either push price up or pull the price down. This is why it is something that you cannot use alone to guide your trade choices. Taking this advice, there is one thing to watch for with these. If you place an order just below a buy order or just above a sell order might mean you miss out on some profit. The reason for this is that if the buy wall is successful in pushing the price up/holding it steady, then your order will never get fulfilled thus you could have got involved by just pushing your buy order price up only a few points so that it is either equal to or slightly above the wall. On the other end though, if the buy wall is (successful) in pushing the price down when it is removed then the price will likely move down a number of points. Therefore your order will be filled, but it would also have been filled if you had lowered the buy order’s price down further.

These walls might seem quite solid and unwavering, even confronting at times. But if you see a buy/sell wall make sure you keep an eye on it as they can be cancelled and reset within seconds. In fact you will often see them moving up and down in response to the current price. For example, let’s say I want to push the price up from $1.00 to $1.20 as opposed to holding it steady or dropping it. I will set my buy wall at $0.99 which will force others to put their orders above this price, say spread from $1.00 to $1.05. I then reset my buy wall at $1.04, again forces others to put their orders above this price, spreading from $1.05 to $1.10. I continue again until the price reaches $1.20 and then put in a number of medium sell orders so as to not disrupt the high price, but allowing me to sell my coins. Then put larger sell orders and pull my buy order off completely when I’m ready for price to drop again. I then can start the process again.

Even if you do basic day trading and these walls are one of the few things you look for to help with your order placement, then you will be doing much better than if you ignore them. Adding this to a few other basic trading principles and you will be sure to start making some profits as this volatile coin movement is a trader’s paradise.