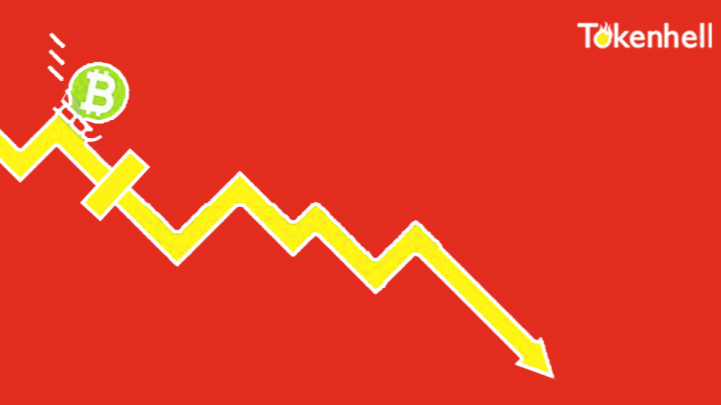 Reasons Why Bitcoin Slumped 15% Ahead of Halving

The Bitcoin (BTC) price showed a sudden drop from $10,000 to $8,100 in a matter of hours on May 10. There are some reasons why the liquidation spikes when the halving event is near. On the derivatives crypto exchange, BitMEX, it is noticed that Bitcoin longs worth more than $247 million liquated on May 10, causing the value to dump 15% in some minutes.

According to the previous data of the leading asset, we come to know that the area between $10,000 and $10,500 always served as a strong resistance band since 2018. Again, the resistivity power of the area proved itself and pushed the trending line low before it crosses above $10k. The much-hyped halving event can push the price above this key level, and it may reach up to $14,000.

When the resistance became strong and resisted coin price, whales sensed the bearish forces and the liquidity wave started on major exchanges such as BitMEX, OKEx, Deribit, and Binance Futures. The funding rate of most cryptocurrency exchanges remained in the negative figure, which means that traders made short contracts. The high frequency of short contracts means that price value could dump further.

The Bitcoin halving is positioned to occur on May 12, and the instant sell-off unveils that many come only to bet on Bitcoin. Due to unnatural buyers in the market, the volatility becomes high, letting markets move and down immediately. The price went 30% down after the halving 2016 because new investors believed in sell sensations instead of believing the coin potential.

After the piece tanks by 15% in a few minutes, some criticize Bitcoin as they believe the market is controlled by whales, which are responsible for price manipulation. A famous economist and Bitcoin critic, Nouriel Roubini, said, “Bitcoin crashes by 15% in 7 minutes on NO news: a rigged, totally manipulated, whales-controlled market where most transactions (90%) volumes are false as exchanges pretend to have liquidity they don’t have. Massive pump & dump, spoofing, front running, wash trading! Total Scam!”

However, some are even bullish about the price value and expect some big from the top leading asset after the halving. A famous crypto YouTuber and analyst, The Moon, claimed,” We are getting one last chance to accumulate #Bitcoin below $10,000 Fire.”