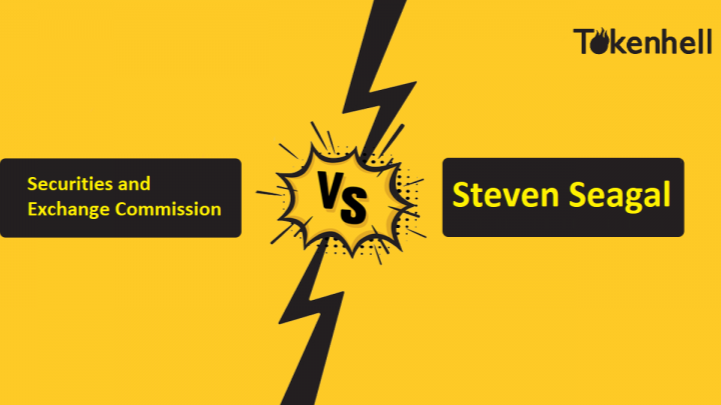 A famous Hollywood actor Steven Seagal charged by the Securities and Exchange Commission for promoting illegally initial coin offering of a crypto project. The actor was pledged to pay the fine as he has not disclosed the agreement with the crypto company.

Steven Seagal, the actor known for his action movies, admitted to paying back the money which he received for the promotion of the company’s ICO. He promoted the project on his social accounts as he has followers in millions.

On Thursday, the Securities and Exchange Commission revealed that Seagal made an agreement with the company Bitcoiin2Gen. The company, according to the deal, was pledged to pay $250,000 and $750,000 in cryptocurrency to the celebrity. According to the statement by S.E.C, Seagal agreed to pay back the money which he accepted from Bitcoiin2Gen.

The actor posted about the cryptocurrency through Facebook and Twitter in 2018. He presented him as the ‘’worldwide ambassador’’ for Bitcoiin2Gen. At that time, he had a Facebook following of 6.7 million that was enough to promote the ICO on a wider scale.

Seagal is accused of not disclosing that he was being paid for the task of promotion. His social account team displayed the advertisements of the cryptocurrency project even after the six months of SEC’s decision about the security’s promotion. According to federal law, a man is pledged to uncover the paid amount for promoting any security.

Christopher Nassif, the spokesperson of Seagal, revealed that 67 years old actor permitted the crypto startup to promote project but later on, he refrained from it and disconnected from the Bitcoiin2Gen.

According to Nassif, Seagal perceived the deal as ‘’simply a case of someone paying a celebrity for the use of his image to promote a product.’’ Per the S.E.C announcement, Hollywood celebrity will return $157,000 of that amount and also give the penalty amount for breaking the law.

Steven Seagal is not just famous for his bold acting, he is also known as a producer, director, musician, screenwriter, and martial artist. He also has citizenship passports of both the United States and Russia.