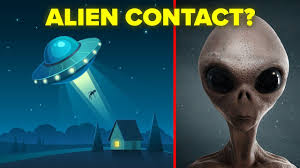 For Your Own Good

(WP) For Your Own Good

“Yes, Ted, we’re receiving an urgent message, our regular news program will resume after this bulletin.”

The pretty anchor onscreen is joined by her male co-anchor, his face grave. “I’m afraid that I must tell the world grave news. Aliens have taken over our planet.”

I blink; for a moment, I worry that this is a prank, that we’re being Punk’d on an enormous scale. But then I see a bright, metallic collar around Ted’s neck, buzzing ominously.

“And now we’re getting a transmission from our new extraterrestrial overlords.” He speaks in a garbled language that I cannot begin to translate, and I shudder. Did Ted betray us to the mysterious alien race that somehow held the entire planet in their palms?

The screen flickers, and a pair appears, smiling kindly. They are hand in hand, and I would almost think them human, if not for their bright orange skin and green eyes. They begin to speak, and I read the subtitles under them, outlined in black.

“Earthlings, it has come to our race’s attention that you are freely abusing your planet’s ability to nurture plant, animal and human life. To prevent the extinction of so many different, unique life forms, we have decided to take the fate of Earth in our own hands. Your cooperation is appreciated, but not required.” The rest is left unsaid, but it doesn’t take a genius to figure it out.

Somehow, overnight, Earth has become a commodity to an unknown intergalactic race.

The other one, silent, smiles widely at the camera, already confident in their own victory.

“As the lifeform Ted has said,” It continues, smiling and gesturing to his collar, “it would be in everyone’s best interest to register for your tracking devices. Nothing too invasive, just a cautionary measure to take each human’s carbon footprint. How will we save your planet and its precious environment and atmosphere without taking these steps? It is for your own good.”

It all sounds so reasonable, and I grit my teeth as my suspicions about Ted are confirmed.

With questions floating in my head like a swarm of agitated bees, I watch for a few moments more, as the screen is returned to Ted and Lisa. I turn off the TV and walk over to the windows.

Nothing seems to be out of the ordinary, at first. But then I notice a flag, embroidered with the same symbols that appeared at the bottom of the newscast. It’s bright blue, and I grit my teeth.

How did this happen so quickly, so insidiously?

A knock is heard at the door, and I frown, peering through the peephole.

A neighbor, Jenna, waves, smiling, but her eyes are tight.

I open the door, and without waiting for an invitation, she pushes past me, into the living room.

“Did you see the news, Leo? Aliens!” Jenna says, her dark, curly hair floating suspended around her head like a cloud, her amber eyes sparking with skepticism.

“Yeah,” I reply, “Somehow aliens took over the Earth, right under our noses. How did this happen?”