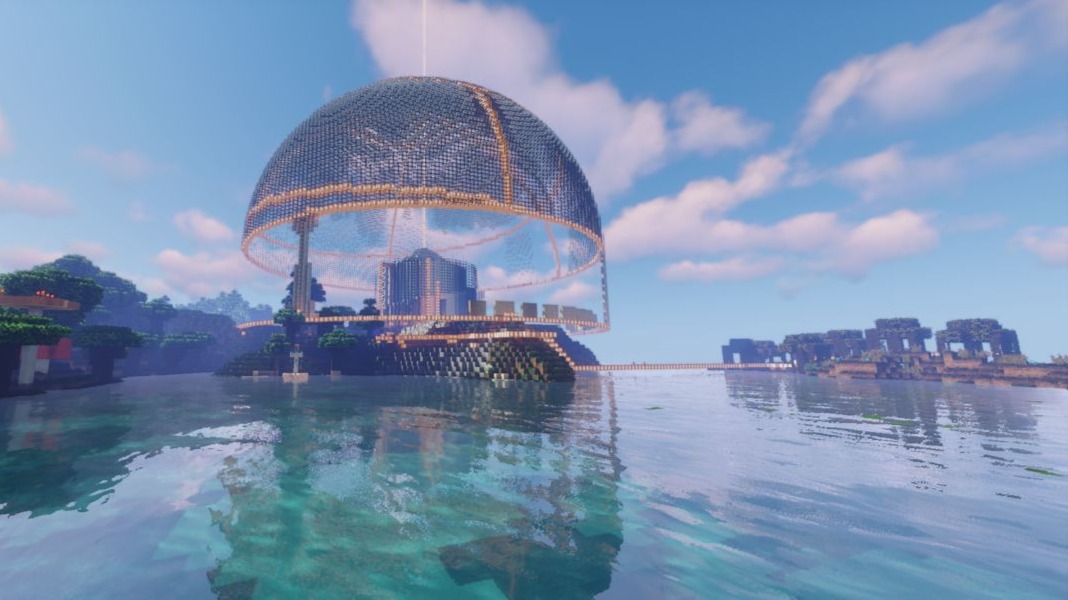 Center City: Where The Uplift Metavers All Began

For those who may not know, the Uplift World is fast becoming the new standard for what it means to be a metaverse in this new paradigm that is the present collision of porting online with a preference towards blockchain enabled technology.  Although there are sure to be posts in the the near future discussing all things of this manner and nature, the purpose of this mini series is simply to offer some clarity to the already existing parts of theUplift.World metaverse in terms of the difference between the various worlds.  For part one then, let us dive into 'Center City'.

Where The Uplift Metaverse All Began: The Cathedral & Historic District

This story has been relayed countless times throughout various Livestreams on TheUpLifters YouTube channel, but just in case this whole Uplift World metaverse concept happens to be new to you, just a quick recap.

It all began one rainy afternoon when 3 lads decided to wander into a Minecraft server and cause a ruckus that honestly had nothing to do with what this world has become.  Was it really a rainy afternoon - well, that part I can neither deny nor confirm, but for them, at least in theory, there were showers of despair out there in the world that they at the very least, wanted a place to express themselves.  So into the Minecraft server they went, and low and behold, one of them, let's call him Bob, because that is the name we know him as to be quite frank, decided to throw up a monument stating quite simply 'I'm grateful for this place'.  And that ladies and gentlemen, was the beginning of the beginning to rule all beginnings.

From this simple sign something took hold of these three, and routine set in and they began a weekly meeting where they would meet and express their gratitudes for whatever in life they were grateful for, no matter big or small, short order or tall, but all the same important to them in that moment of time and those that began to trickle in and join them in this endeavor.  Despite a bombing, the world and the Cathedral at the center of it all continued to grow, and as things grew they all came together to gather resources and donate to Corey who decided a proper 'Cathedral' was in order and the time it took to place one block on top the other until it was finished was well worth it, as for them, the ritual of gratitudes and sunrise on a Sunday needed a place that would enable not only them, but any who wished to wander their way for the weekly services to shout out and put these up on the surrounding monuments to be enshrined forever.

Originally the intent was to have an entire world centered around the Cathedral and this Old Historic District encompassing of the original Monuments and the founders builds and branch out into other regions from there, but the capacities of the Minecraft server had different inklings, so instead of one giant map, there will be multiple sectors that will operate in various regions of the metaverse all linked through out via sector portals, and of course, at the center of it all as should be will stand the monuments that began the entire journey for us all inclusive of this little piece of beginning history and much much more. 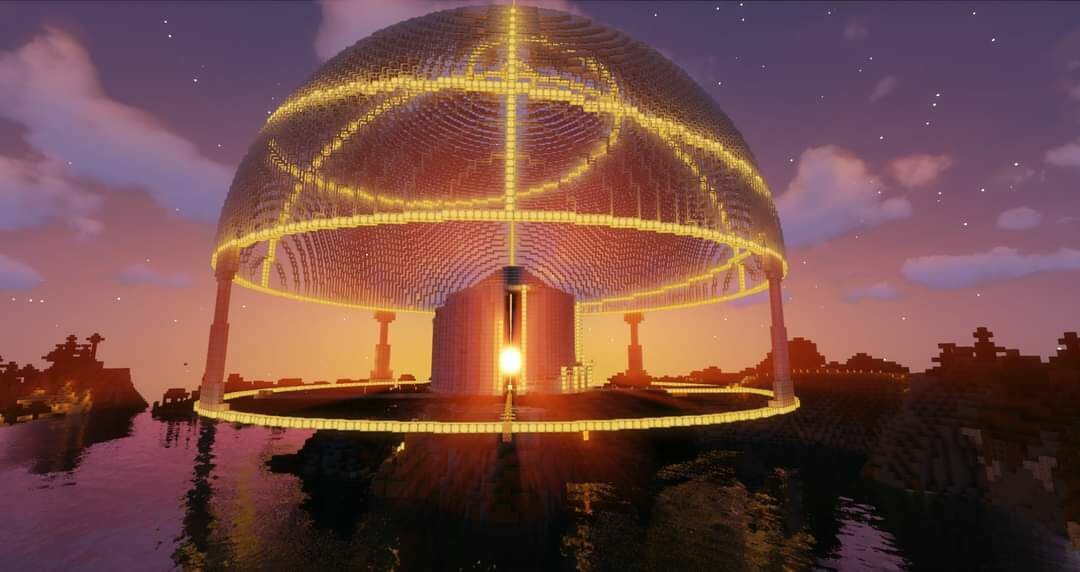 As they say though the story is half the journey, and this one is pretty epic alongside everything this original crew created.  To catch up on that first first hand and take a walk on what was once the wild side whilst seeing all the amazing things that that came out of this, check out the timestamped section of the following video which brings together some of the key initial players and showcases all the beauty of what The Cathedral & Historic District means to them and the entire Uplift World metaverse itself.

Of course though, no story in a place with magical 3D blocks could ever be completely finished and told, and true to form this 'Center City' for lack of better name will also house some other very fine instillations which will be sure to attract visitors for a variety of reasons.  Just mention a few, you can find some scientific from the olden days, the Burning Ma'am, Mr. Spaceman, and Ti Amo Art instillations from the Uplift.Art Haitian Roots charity auctions, the Blu Room, Lgnd.Art, and even a small wedge sandwiched within this artistic district will be some land and rail plots up for grabs via development rights NFTs in a future sale. 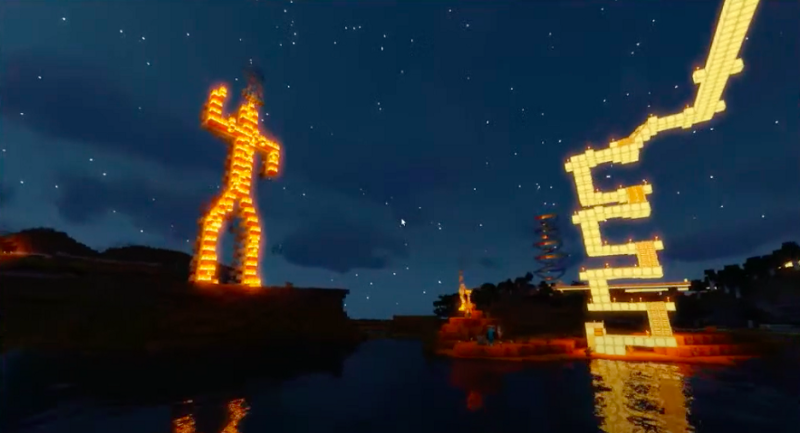 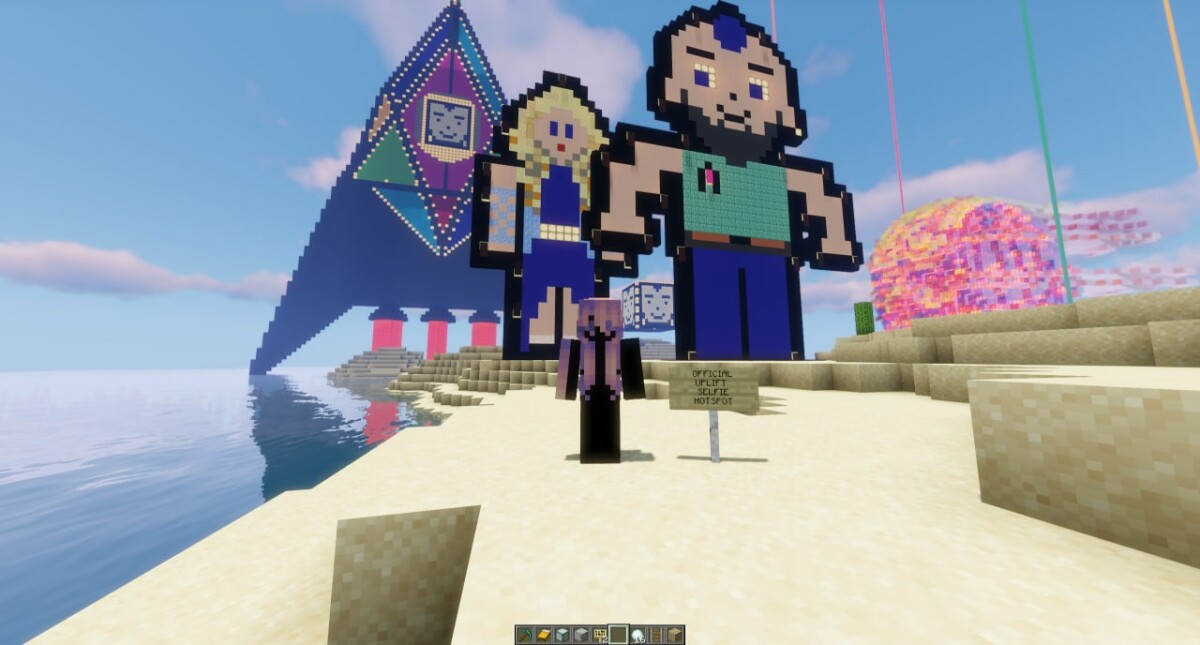 And just so we are clear, this is no where near even a complete view of all the amazing things happening within 'Center City'.  The region a fraction of the original size could easily fill a one week travel brochure focused upon historical landmarks and sites and when the gates open you are gonna for sure wanna get in there and wonder around.  Just imagine if you will...

theuplift.world is a new massive multiplayer metaverse in the making converging at the intersection between the WAX blockchain and Minecraft gaming worlds. At this intersection, he possibilities of how to interact and be rewarded are endless. Members can build, connect with others, join events, mine & discover crypto rewards. Based on the principles of gratitude at the central Cathedral, the underlying designation of all it stands for stretches far beyond into the aura of the worlds being itself.