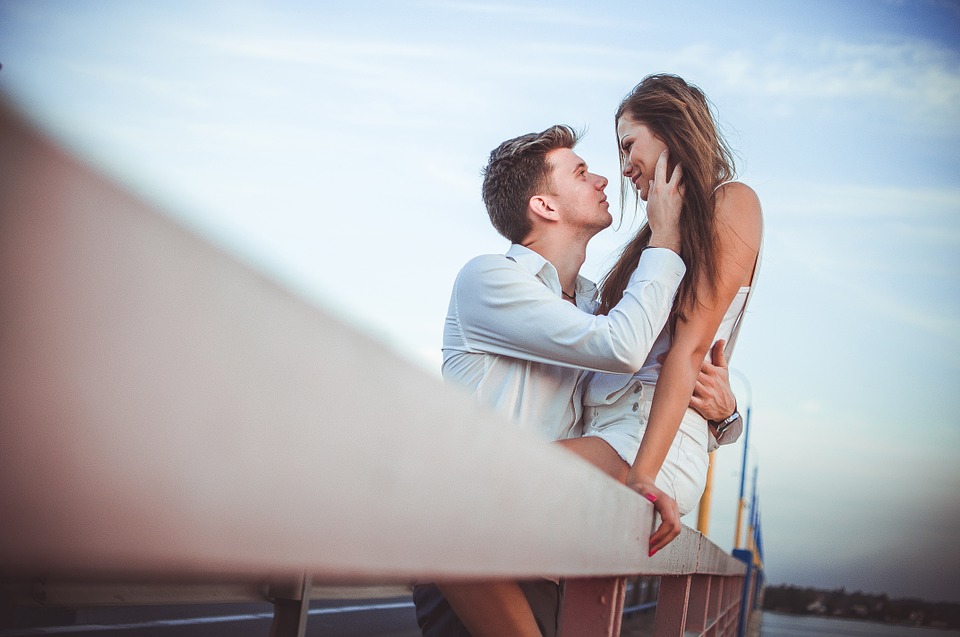 6 Signs a Man Is Sexually Attracted To You

Signs a man is sexually attracted to you. Did you know that most of my life I thought this was blatantly obvious to women? I don't know if that's just the way in which I was raised but the real signs a man is sexually attracted to you I thought were so strikingly obvious that it needn't be talked about. Yet here I am, writing about it. Oh women, why can't you read our thoughts and minds?? Joking! Although some of you are damn good at it.

Regardless of what you've been told, men aren't knuckle dragging neanderthals that only express themselves in sexual overtones, no, we actually consist of a wide array of types, experiences, and way we approach life. Hopefully I'll address most of these in here, or at least all of them I have come across.

Firstly, to address the signs a man is sexually attracted to you then you need to understand a bit more about how we think. For instance, again, regardless of what anyone tells you, a man can be sexually attracted to you but actually not want to go anywhere near sex, relationships, or dating. It could be a number of things really, from he's already in a relationship, to you're just not his type. There are women I've found absolutely physically stunning in the past but completely understand that trying to go anywhere with her would be bad news for me. Maybe she's just not my type. So, men, for the most part value intimate relationships over sexual conquest. Some don't, but at least in my friend circles and the people I have known throughout my life have always valued relationships over one night stands.

He wants to be in your presence a lot. This is probably one of the best signs a man is sexually attracted to you. Men that want to be with you are around you a lot. Which single men talk to you the most? Which men cancel their night on the tiles with their buddies to help you with a problem? Which single men can you rely on? Think about that and it's a sure given. Obviously the rules are different when you're in a relationship, but certainly if he's around a lot, or he's talking to you digitally a lot, and he's single, that's a sure fire queue that he wants more than just a friendship. Don't get me wrong, he may just really like you as a friend, but men have great focus -- it stems from primally being the hunters of the pack, so mostly we don't do anything that isn't worth our time.

He appreciatively gazes over you

I've always been a sneaky gazer. I feel it gives women more respect, and it's also part of being raised by a woman that educated me on long creepy gazes on the more sensitive areas of women's bodies. Would you believe that sometimes this has worked against my favour? It sounds strange but I've had at least several woman tell me that they had no idea I was interested in them because they had never caught me staring. Whether this is just that overt gazing is the norm, or I'm a little different, I'm not too sure? You can tell me in the comments.

Anyway, if you catch a guy giving you an eyeful that's one of the signs a man is sexually attracted to you. Guys that don't cop a look aren't interested, or they are shy. It's just the way the world is.

He dumps his mates for you

Not all the time of course, and you don't want any guys that you like forever dumping their friends so that they can be with you. His friends will start to get annoyed, and you both might work up a strange co-dependency that won't be good for the future. On a side note I'd also say look at how he treats his friends because that's also a sure fire way to know if he has good moral character and doesn't move with the wind when it comes to forging long lasting relationships. You want yourself someone that's loyal to his friends, because he'll be loyal to you too.

Guys that emit signs a man is sexually attracted to you will always drop their mates once in a while to be around you, or to help you with something.

Watch the men closely around you

Men are usually very collaborative in their own spaces. There is really zero competition between any of us until a woman is placed nearby. One of the signs a man is sexually attracted to you is that we start dancing around like monkeys and spreading our feathers like peacocks for all to see. Of course it's not as overt as that but if you look closely you'll get to know the subtle hints of male courting and dominance. This sounds really bad, but actually it's very subtle. It's wired into our brains from our primal ancestors. Watch the man in question when you are around and how he is with his friends. Is he relaxed, and friendly? Or is he laughing around trying to make them out to be jokingly lesser than him? I guess this all depends on the age of the man, but I know through experience that I have felt the most threatened when I've been in a group with a few single friends and there is a girl in it I like.

Is he nervous around you?

As someone with past anxiety issues I can 100% tell you that it wasn't a constant thing. When people have problems with anxiety and when confronted with a situation that can be potentially threatening then our anxiousness is quadrupled, maybe even more. Good signs a man is sexually attracted to you is that he's anxious around you, if only a little -- to straight up shaking like a leaf. Then that is one of the definite signs a man is sexually attracted to you. People often mistake confidence for being relaxed and comfortable in a situation, but it's not. Confidence is more so having the trust in your abilities to deal with a stressful situation should it arrive. And being around a girl that we like can be really stressful. Unlike what you hear in the media most guys think a lot about the women they would like to date and how we come across to them. Often we're nervous around them because we don't want to come across as a dick -- and we often struggle between correct levels of parading around like peacocks, with just the right amount of not crossing the line into being an asshole. Which can be a very nervy situation. Many of my guy friends in my youth have fallen foul to this.

He teases you - sometimes to the point of annoyance

Okay, so men have grown up a little since the days when we pulled girls hair in school. I was always taught not to do that, and certainly this was never an issue in my school, so I think it was something that was phased out before me. That being said I've annoyed a few girls in the past to the point of them wanting to beat me up until I cried. Not because I was a nasty piece of work, but more so because I didn't know how to properly express my feelings for her and it came across as taunting. It manifests in adulthood in different ways to the point of being extremely nasty to one another before the sexual tension is released. Sounds weird me saying this but I've had a few women torment me to the point of leaving my place of work because I was sexually and emotionally unavailable.

He will more often than not tease you, which again, is one of the signs a man is sexually attracted to you. If you're older then he'll probably be wise enough by now not to overstep your boundaries and he'll only go with what's comfortable in your dominion. Expect gentle teasing, or a bit worse if you let him.

And one more thing..

Most of these signs a man is sexually attracted to you don't involve anything sexual like grabbing your bum or something like that -- well, that's not really the actions of decent men. Boys do that of course when they are exploring what they can and can't do, and when they are met with a slap, or a bad situation afterwards, they generally get the idea early on that being handy Andy gets you nowhere fast.

Men's physical attractors and sex are very interlinked. Probably more so than women's are. For instance a woman can have sex with a man that makes her feel good but may not necessarily be overtly sexually attracted to him. It's different for men. If he doesn't find her sexually attractive then there isn't going to be any sex. But don't get caught up in normalized standards of beauty that the media sells us -- men and women come in all shapes and sizes and we all have different likes and dislikes varying over a huge span of diversity. I know this because I've argued defiantly with friends before over which women were attractive and which weren't. I've grown to know there aren't any "normal" standards of beauty, only different ones varying between each men.

Relationship blog all about relationships. Intimate, friendships, business, acquaintances, if it creates a relationship between two or more people then we'll certainly blog about it here!