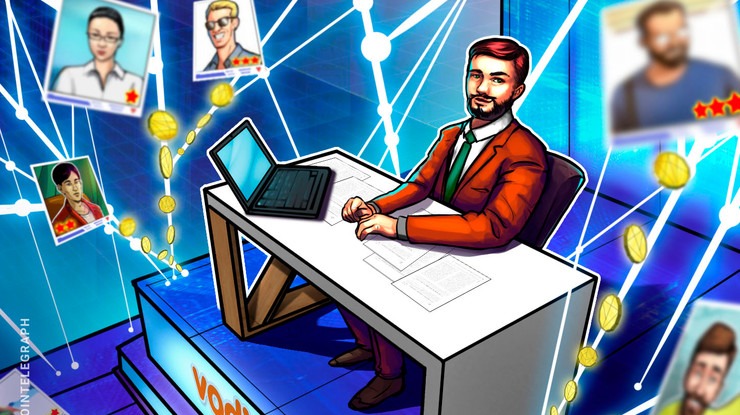 By CryptoStalker | The Real Satoshi Nakamoto | 4 days ago

Bitcoin's ongoing propoganda wars have been a confusing time for anyone not sure which Bitcoin fork to follow.

However news was revealed (and quickly covered up) on Jan 6th that shows the Bitcoin Core faction and those who follow it may not be the true Bitcoin community.

According to my source,  Microworkers.com crowd-sourced freelancers were employed en masse to pump the visibility of posts made to the r/btc subreddit.

They are also employed to provide mass comments, up-votes,  and opinionated arguments to make it appear a large amount of public opinion is true when it's not.

This is how the Bitcoin Core community has forced it's opinions upon the greater bitcoin community, through mass dis-information campaigns.

For those of use who have been around since the beginning of Bitcoin,  it can sometimes be hard to put up with the sheer hipocrisy going on in the BTC original reddit forum.

Bitcoin Core,  who is now owned by Wall Street and Big Banks,  would love for you to forget.

The war between Bitcoin (BTC) and Bitcoin Cash (BCH) supporters stretches back five years, and stems from both camps claiming to represent the real Bitcoin.

Interestingly, the employer profile that commissioned the upvotes was created in 2015, just as divisions began to grow between the two poles of the Bitcoin community.

The post in question claims to reveal how Bitcoin Cash’s Australian adoption numbers were intentionally inflated by Hayden Otto, CEO of BitcoinBCH.com. Three copies of the purported expose appeared on Reddit at the same time, and were all quickly upvoted to prominence.

But the Bitcoin Cash community refutes the claims, and maintain that their published numbers accurately represent everyday crypto usage in Australia.

The employer launched 13,000 ‘campaigns’ between 2015 and now. Those campaigns were comprised of almost 2 million individual tasks.

Propaganda wars on Reddit are nothing new. In 2015, the section of Bitcoin support that disagreed with BTC’s off-chain scaling were unceremoniously booted from the r/bitcoin sub. The exiles congregated in r/btc, which eventually became home to Bitcoin Cash.

For a taste of some of the more controversial notes to come out of the Bitcoin scaling wars, view this extremely interesting thread. Accusations of social engineering, astroturfing, hiring spies, committing false flags – it’s all there.

This newest revelation is just the tip of the iceberg. The fact that likes, upvotes and even comments are regularly bought in the cryptocurrency space is now undeniable.

Our perceptions have always been for sale, and have been purchased cheaply by those in power since forever.

Is Roger Ver The Guy?

Of anyone on earth, Roger Ver has the most to gain from this mass dis-information campaign.

It's pretty obvious at this point that Roger Ver is most likely behind this entire fraud.

His main goal was to not only control where the bitcoin core code development went, and how fast,  but also what features went into it.

His entire motivation was to turn bitcoin into something that wall street and big business would be able to use.

He sold out long ago,  and used Microworkers to cover up his crimes by making it appear he has a giant following community supporting him.

When in fact,  the real bitcoin supporters have moved on to BCH and then to BSV,  knowing they are in fact the real deal.

Bitcoin SV has since been on a steady and slow increase in value, while bitcoin core and bitcoin cash have largely traded sideways and down, respectively over the past year.

Could Craig Wright's Bitcoin SV be about to shoot through the moon?

Bitcoin SV leads the bull run market currently with the biggest returns of any Crypto.

Perhaps the most interesting part is that all 3 hard forks of bitcoin started the bull run at exactly 6:25pm CST on Jan 13th, and begun rising in lock-step.

However Bitcoin SV has seen the greatest increase in price action of all 3,  a 200% increase in the past 24 hours.

This leads many to speculate that Craig Wright could be using his bitcoin fortune (Satoshi's Millions) to create a market more favorable to bitcoin SV.

Could this be possible?

It may,  if he indeed holds the original bitcoin from Satoshi's fortune.

For example,  if Craig Wright (or Satoshi, whoever he is)  was to take his early bitcoins and fork them, wouldn't he then be able to use the BCH and BSV versions of each of his BTC coins to affect the price of BTC core?

In what world would this work?

Maybe in a world where there is a "3rd Tulip Trust".

Now,  imagine for a moment that your original bitcoin fortune is locked up in a trust.

Now imagine the bitcoin community creates a fork,  and you now have the same amount of bitcoins,  in the second fork.  (Bitcoin Cash)

Obviously this is the reason for a 2nd and 3rd Tulip Trust.

It's even more clear to me that Craig Wright intends to HODL on to his BSV forked coins,  and perhaps not so much the others.

He has been warning of BTC price crash for many years.

Could this recent LOCK-STEP correlation in price be a sign he is finally executing some plan to convert all his BTC and BCH into BSV?

It certainly seems possible, seeing as how just last week he revealed in court the existence of the 3rd Tulip Trust.

For now,  we can only wait and see.

Something Wierd is Happening With Bitcoin

Bitcoin SV Surges 60%, Why You Should Care

Who is the real Satoshi Nakamoto? Stay tuned as we investigate and reveal our findings.