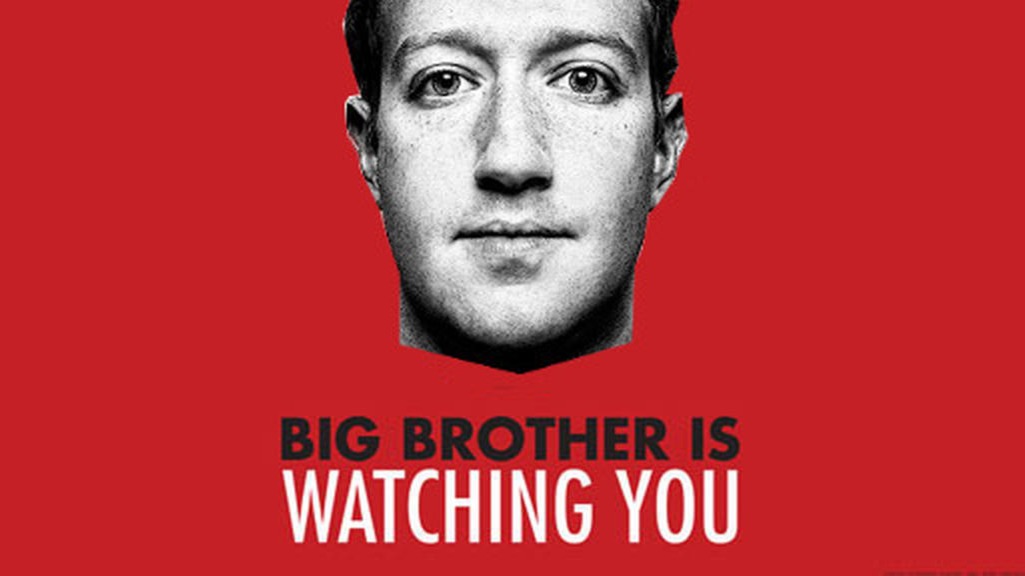 (The Library: Book Review) The dangers posed by an oppressive society of thought control, speech control and permanent war are all too familiar today.

What is frightening is that we are getting closer to that society. I am speaking for the entire world. If populations worldwide allow their freedoms to be removed in the name of security against imaginary foes, then we shall all have to endure the consequences. The novel 1984 explores a dystopia, which is the opposite of a utopia. This means that 1984 gives a false sense of perfection as a society.

In the novel, if you were to ask an employee of the politburo about his society, the answer you would get is that Big Brother is watching you and that everything is fine in their society. You just need to drink the Kool-Aid and stop asking questions to yourself. A friend posted an article a few months ago about Propaganda Facts! and I posted an article about Seeking Truth. Both are relevant to the topic but here, we seek the words from the master himself, George Orwell. 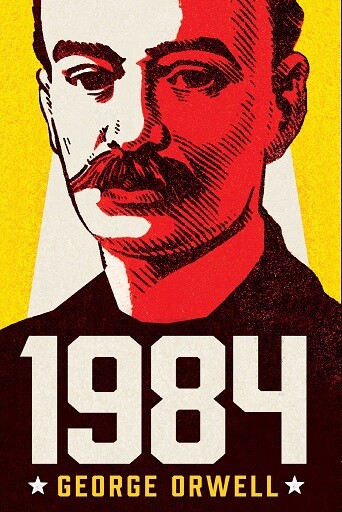 The importance of Georges Orwell's novel is thankfully recognised worldwide. Published in 1949, the novel describes a dystopian society where everything is inverted. The official title, for clarity, is: Nineteen Eighty-Four: A Novel. Permanent war is said to be peace & love activities. But a permanent war effort maximises production output of the masses. The Ministry of Truth rewrites history so that it fits the party's desires. Anything that would cast a doubt on the past is rewritten to make sure nothing can affect how people think. The people themselves are indoctrinated to report on their neighbours or colleagues. Kids should tell the authorities about their own parent's undue behaviour. The Ministry of Plenty rations everything! The book is so full of dystopian ideas and they are starting to pervade our world so much that it is important to examine those ideas. They are what made the book so famous.

Important concepts in the book

Without going into the details since they have been discussed many many times over the past, I here wanted to show the reader some of the fundamental tenets of each of those Ministries. They are each interlinked together and act as a single entity, like a deep state. Those links are established below.

The Ministry of Peace

A permanent war effort is profitable for the war-profiteers. The military industrial machine, if it gets the ascent of the people who then imagine fighting evil, will be unstoppable. People need to keep this in check. If politicians are corrupt or just want to preserve jobs, then we shall live in a world of constant, permanent war.

War is waged on a basis of superpower equality. This means that wars are fought outside the territories of the major powers. Those major powers are three: Oceania vs. Eastasia vs. Eurasia. 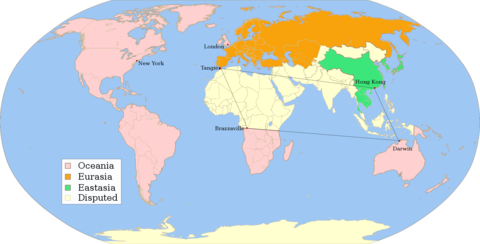 The parallels with today demonization of Russia and China today are palpable. The need for constant war is well ingrained in today's society. One just has to contemplate the massive military budgets voted by all superpowers to maintain the status quo. Also note that after World War 1, industries reconverted back to producing consumption goods. After World War 2, the military machinery stayed, never to be converted back again.

To enable this atrocious view of the world, thought control and propaganda are the tools used. 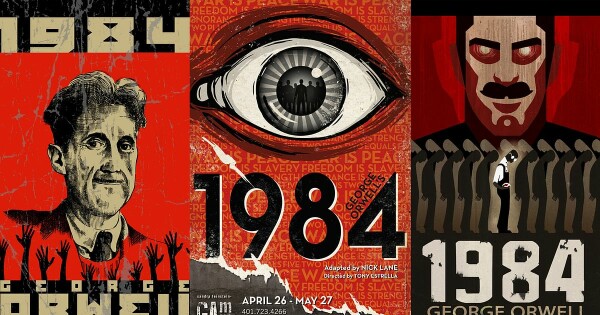 The Ministry of Truth

Orwell's inspiration stems from the British Ministry of Information during World War 2. He works for the BBC and his wife for the ministry's censorship division. As surveillance gets more invasive, as populations are kept on a constant war effort, The Ministry of Truth is ominous in its own way as it rewrites history.

“Everything faded into mist. The past was erased, the erasure was forgotten, the lie became truth.” ― George Orwell, 1984

Did it serve as inspiration for today's society? We now live in a world where mega-corps are deciding what is true and what is not. How did they manage to come up with absolute truths? No they did not. They are profit making businesses, just like the media.

We all seek the truth. Because it is so hard to find. Having it presented to me on a corporate platter that says: "This is the truth!", is naive. Telling people what is true and what is false conditions them to stop thinking critically.

What I regard as the Ministry of Truth in today's society is just in its infancy. The novel still remains far from what we have today. But what is alarming is that we are slowly building the foundations for that. You can look countless examples of history being rewritten. Books have words replaced to be less offensive. We now cancel people's voices, in the name of free expression!

You must wake up to those lies or else more atrocities will happen and the dangers exposed by 1984 will continue to materialise in front of our eyes under the constant demands for security. 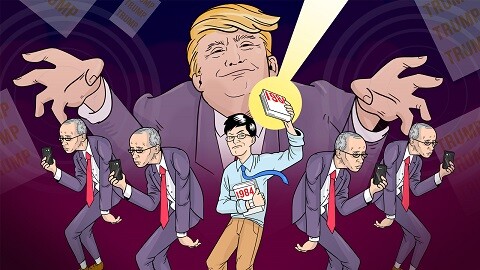 One particularly concerning aspect of the current information warfare is that certain people work for The Party (today's deepstate).  I found it amazing to read this article. Notice that the author has worked for the CIA... And now he seems to think that the reason behind 1984's sales increases in 2017 were due to Donald Trump himself. It is laughable. If anything, the novel is a warning against the deepstate that would try to rewrite history as they did with Trump. You can read the article for fun and to make up your mind. The author talks about his dogs amongst other things but yet he fails to establish any real parallel between the warnings in 1984 and the administration of Donald Trump. Overall, his article feels much more like an attempt to distort 1984 into the opposite of what it was. It uses some of 1984's concepts without pointing to actual events but instead offers a broad criticism on other aspects of the Trump administration "by the way".

Also when you tend to group people together with others, this is human nature at its best: Cutting the corners short for the sake of simplicity and yet making a mistake by doing so. The mistake lies is associating necessary thoughts with groups. This is referred to as Groupthink. Not everybody votes for the same candidate and those that do often do it for different reasons. People think differently and this is what makes the richness of a society. We should not associate people together and tag properties onto them "because of group association".

Remember that in the novel, Ampleforth was imprisoned because he left the word "God" in a poem, being unable to find another substitute rhyme. Or to sum up this thought, let us look at Orwell's own words:

"Truth is treason in the Empire of Lies"

Being too intelligent, speaking too clearly or too plainly is a sure road to becoming an unperson. Today's cancellations of individuals in society is what becoming an "unperson" is all about. The modern version is of course the social networks.

Let us finally note that in order to have a permanent state of war, based on false assumptions, it is necessary to rewrite history, erase authors, and just outright propagate mass disinformation and propaganda. All of those tasks are enabled by the Ministry of Truth. Also noteworthy is the Doublethink concept. It is also referred to as Blackwhite: The need to hold two completely opposite ideas in mind at the same time. Party discipline requires the willingness of Party members to say either black or white or both at the same time.

The parallels with today's Moderate Terrorists and Debunked not-debunked virus origins stories or even those of Permanent-Temporary inflation, are frightening to say the least. Let's leave it at that!

The Ministry of Plenty

We live in a world (Earth - The Real world!) where we have enough resources to feed every mouth on the planet. We could transform our industries that form the military industrial complex to much, much more productive ones.

What is illustrated in the novel is the situation when the military industrial complex has complete control over our lives and yet, the inhabitants of 1984 are forced to accept it. Rebellion is futile when your entire society works for the ministries and is blindly doing their master's bidding. But to enable such a sad state of affairs, to sustain the ever growing needs of the military-industrial complex, the constant war effort is necessary. Rationing of food and goods is common practice. Surplus should be avoided else the people will question further rationing.

Yet the absurdity goes even further: The Ministry claims to improve standards of living when it lowers them instead. The hypocrisy of that society is difficult to stomach. The Ministry of Love is there to help you come to grips with the world you live. 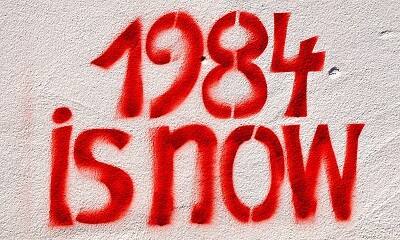 The Ministry of Love

This is where Winston Smith, our main protagonist, ends up, locked up and tortured. As with everything here, the title is twisted in the most cynical way. The thought police is no doubt partly what inspired Philip K. Dick for his brilliant Minority Report's "Future Crime division". In 1984's novel, thought itself is criminal. Love for Big Brother and The Party is conditioned in the individual through various means of torture and Pavlovian conditioning. Real and imagined dissidents are schooled back into proper thinking. Room 101 is where it all happens.

Conclusion on that Brave New World

The notions of permanent war are not new. John F. Kennedy was probably assassinated because he wanted to abolish the military-industrial complex. Multiple authors and works of fiction have been made to warn us again sliding in this permanent war scenario. Nowadays, standing guard against the dividers that would paint this world as "us against them" while brandishing their self-granted moral superiority, is a full-time job. The level of disinformation aimed at keeping everyone divided is staggering.

One could swear that there is a desire to create conflict and for that to escalate into another world war. Because then, all the war profiteers would celebrate at yet another opportunity to use their toys of destruction in a grand pissing contest. 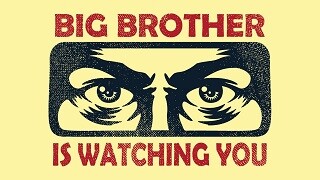 The level of media disinformation is reaching new heights by constructing fake narratives on top of fake narratives. And people have short memory or ignore history or worst, they are dis-interested, preferring instead the dopamine provided by a daily dose of Instagram, TikTok or listening to Cardi B's newest song. More on disinformation and conspiracy theories in another article.

Coming up soon is a warming up 451 degrees Fahrenheit where we shall examine what is the new temperature required to erase someone or history itself in the digital age. Agatha Christie being rewritten, H.P.Lovecraft being removed, cancellations ahoy! Let's get rid of anything that could possibly offend someone even if we're going to offend someone in the process. 1984 is a Highly Recommended read. Navigating these times sometimes feels like discovering a Brave New World! Let us make the best of this world together.

Source for images, see below in resources + Getty images / Amazon. 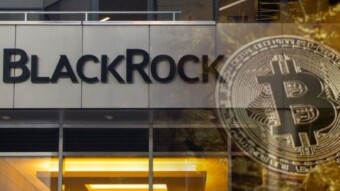