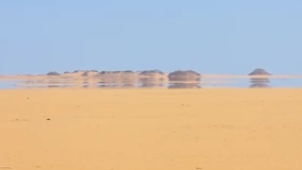 If you've already read the first part, then maybe you'd think that I was just a crazy guy. This is why I think I need to give some background and how I came to the conclusions I've stated earlier?

I'm a Chemist/Chemical Engineer. I used to work in the oil industry, making drilling muds and chemicals, then drill pipes and drill collars.

If you are a scientist and you're up to challenge your own belief systems, that is great.

Actually, challenging everything I know started many years ago (25 years ago give or take), while working night shifts at a chemical factory. I had the luxury to spend hours in an industrial fully equipped laboratory, and then go home while it's still pitch black. I used to receive oil samples, analyze them, experiment on them with the chemicals I used to make. I started asking myself about the amounts of plants and animals that must have died to produce these tillions of oil barrels and much more of the natural gas. I tried to do the math, but the math didn't add up. We need need billions of years and having the earth's surface completely covered with plantation and animals to produce that much of oil and gas, let alone the idea that oil is lighter than water and much lighter than sand, so even if it's buried under tons of rocks and sand, it still would have surfaced up whenever the chance allowed. Source rocks and cap rocks were too hard for me to fully digest. We should see vast areas of land all over the surface of earth that are oily and natural gas would be continuously generated and escaping from the ground.

I started questioning the origin of oil and started looking at how plants and animals decay, and I started experimenting with that over a few months. Yes, you can get some kind of similar components, but I had FTIR and XRF Spectrometers and Metal Analyzers, Chromatography, ... you name it in my lab. The components didn't match at all. I looked at percentages of metals, heavy metals, nothing matched within logical tolerance. Metals don't disappear and they don't fall off from sludgy sticky oils. There was also not a hint of animal or plant remnants. Nothing added up. I looked at many references and journals that linked oil to living organisms, the "Carbon Chemistry they called it", and I ended up migrating far from the common belief that oil and gas came from living organisms. Now I have my own theory on that. This was the start.

Then, almost at the same time, and while going home so late at night, pitch black outside my car, during many summers and winters, I would see mirages when there were cars in front of me, or when I get close to the city, which didn't make sense with the science I've learned in school. Mirages should appear at day time because of differential temperatures at different heights from the ground. I started taking the temperature of the ground and at different heights from it, and looked for the mirages, and they never disappeared, not during day, nor during night. That's when it really hit me hard. Mirages told me what the nature of light is. Mirages told me the truth, how ironic. Then, with some deeper thinking, I understood why the bottoms of ships disappear behind the horizon. It was all mirages, perspectives and horizon lines, nothing more.

When I understood the nature of light, the rest of my "institutional" education because a thing of the past. I started to look for the truth, not for what "pseudo-scientific" school books say. I started experimenting with lasers, water levels, then radios, then magnets and electricity. My view of the world got so clear that I could almost correctly predict results of experiments even before I do them, based on my newly learned "knowledge".

I hope that if you read this and you think that I'm talking nonsense, then you consider how far you went to prove anything to yourself. If you've never challenged what you've learned, then you've never really learned anything.

I will be very happy to answer questions.

Always look for the truth, and stay safe.

This Blog is about the Great Reset. I dedicate every single awakening moment in my life to the ultimate truth. I will bring that for you in this Blog. Don't expect what you thought were facts to stay the same from now on. Let's start what I believe is going to change your life forever. 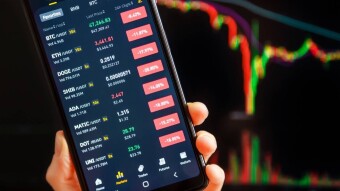 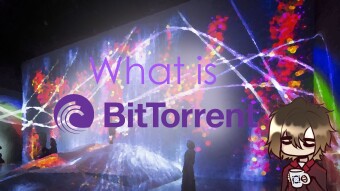