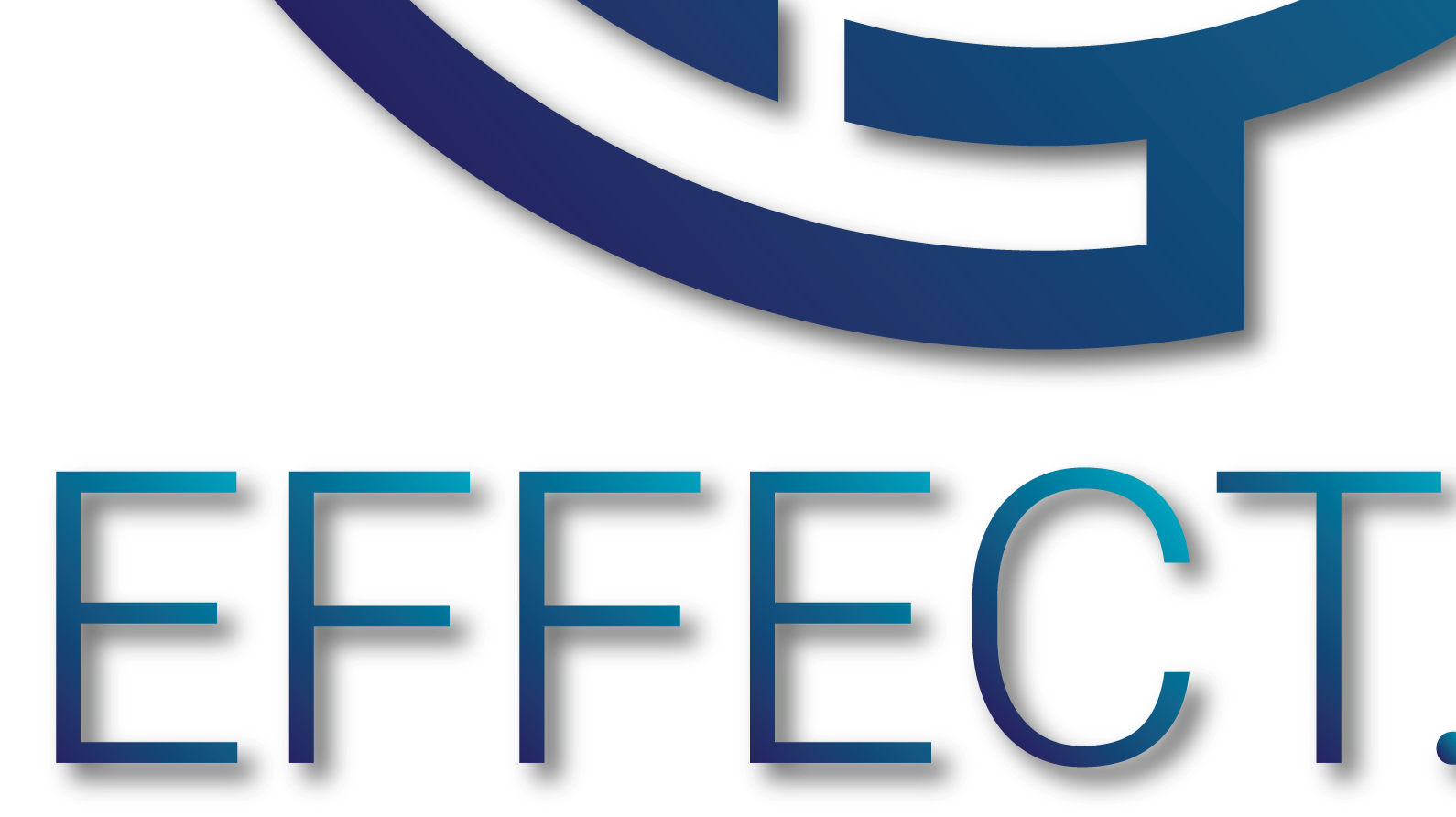 The Effect DAO Phase 0 Launching: Are You Ready?

The time has come for the most exciting evolution of The Effect Network! As we close in on the launch of the Effect DAO, the excitement brewing amongst our team and community has become viral…

Through a series of 8 blogs over the next few weeks, we’ll be sharing with you how The Effect Network will embrace a new chapter in decentralization with the release of the Effect DAO and share the several new use cases for the network tokens EFX and NFX.

For those who don’t know, EFX is the Utility token and NFX is the Governance token of The Effect Network. Both tokens will act as important elements within the Effect DAO.

In today’s first blog we start with an overview of what to expect in each chapter of the series and explore the fundamentals of what a DAO is.

“There’s even a Holy Grail in crypto called the Decentralised Autonomous Organisation. A modern code based, living on the blockchain, mathematical, reputation based anonymous system.” ~ Naval Ravikant The Effect DAO Blog Series

In chapter 1 we take a look and give some highlights of what to expect in each of the 8 chapters. And also include some generic insights into what a DAO entails from various angles.

Chapter 3: Guardians of the Galaxy Pool

The Guardians of the Galaxy Pool are the gatekeepers of The Effect Network (TEN). Guardians are stakeholders with invested interest in expanding the adoption of TEN. Anyone can become a Guardian by signing the constitution and staking the necessary minimum amount of NFX and EFX within the Effect Staking Protocol 2.0 which we cover in detail in chapter 6. In this chapter we dive into the roles and responsibilities of Guardians and also take a look at the High Guardians which are the appointed council members that will represent the Effect DAO and collaborate on higher level decisions.

The largest feature of Effect DAO Phase 0 is the Effect Proposal System (EPS) and its voting mechanism. The EPS is an exciting first step of the Effect DAO to encourage participation in advancing adoption and awareness of The Effect Network. Anyone who feels he/she can add value with a specific job for TEN can submit a proposal through the network and the DAO votes on whether to approve or deny the proposition. On a technical level the EPS also allows modifications to all the network parameters and smart contracts. This chapter will be the most extensive chapter of the series… Don’t miss it!

We first gave you staking and stake AGE for NFX with Effect Staking Protocol 1.0. We now bring you staking and stake AGE for fee distribution and voting. This means that even if you only meet the minimum requirements to become a Guardian, you will be given weight to your position over time with stake AGE. This gives you the exponential to linear growth of your stake, giving a higher allocation of the fee distribution the longer you are in the system. With Effect Staking Protocol 1.0 we had 200 days stake AGE as the maximum… You’re going to want to stay tuned for this chapter as we will detail how the staking protocol will work, the new stake AGE duration and all of the technical specs you’ll need to know. And also find out if and how your current stake will carry over into this new era of The Effect Network.

The main objective of a DAO is to grow the ecosystem and encourage participation, which in turn will bring new clients, users and value into the system. Incentives are the primary motivator for Guardians to make this happen, and they are defined by fee distribution. There are 2 parts of the TEN fee distribution model that will be covered. The first defines how much fees are collected from the network, the second defines how and when those fees are distributed to the Guardians in Phase 0 of the DAO. This model has a very wide impact and uses a 2-phase roll-out. In phase 0, those who stake and participate as the first members of the Effect DAO will be rewarded with the past success of The Effect Network from day 1. Transitioning from Phase 0 to Phase 1 we introduce a fee distribution model that will revolutionize the concept of DAOs and how projects build their networks and tokenomics.

Chapter 7: Meet the Members of the High Guard

At the helm of Phase 0 are the 8 members that make up the High Guard. We introduce you to each person, their expertise, backgrounds and their history with the Effect.AI project. The members of the high council have been appointed with great deliberation by the 3 co-founders of the Effect.AI project. In the future these members will be voted in or out by the network parameters by the Effect DAO Guardians.

On the release of this, the final chapter of the series, we will launch a detailed and extensive roadmap. Here you will find some of the goals and timeline expectations of how the Effect DAO could unfold. Guardians can actively discuss, vote and give weight to objectives in the roadmap to prioritise and adapt goals as we move forward.

So What is A DAO Anyway?

A Decentralized Autonomous Organization or DAO is a business or organization whose decisions are made electronically by smart contracts and through the vote of its members. In essence it is a system of hard coded rules that define which actions an organization will take.

If we dive a bit deeper into defining what a DAO is you can say they are companies that ARE smart contracts living on the Blockchain, completely extra sovereign existing outside of any State interference, able to engage in contract law, contract enforcement, payments, dividends, investments, equity release, debt control, pay-outs and reputation management. All of these types of features can be built, hard coded and released at once or can be carefully deployed in stages to ensure security and functionalities are tested and compatible with existing features of the network. It is our belief that decentralized systems should be built in small and frequent stages with the long-term goal of full decentralization. The technology, governance structure and constitution of the Effect DAO is to be built continually and prudently with a measured step-by-step approach starting with Phase 0 in September/October 2020.

With the current pandemic we are witnessing arguably the biggest shift in the workplace in modern history. It’s not just jobs that are vanishing but entire industries that will disappear in the wake of COVID-19. But with every paradigm shift comes a new path and new norms. The industries and jobs that will survive are looking at new technological methods of how a workforce can interact and work together. A perfect illustration of this is Twitter, who recently stated that all their employees have the option to work remotely indefinitely. I believe most companies are looking at this the same way and asking themselves if going back to the large office building is the right move even if it were possible.

This pandemic has rapidly accelerated the need for a remote workforce and is forcing companies and their employees to adapt and embrace the tools necessary to make it function. However, many startups and newer organizations have been used to working with this methodology for years. Effect.AI in fact has been using a variety of online communication and work collaboration software with its global workforce of more than 2000 individuals, its 50 ambassadors, 20,000 community members and most importantly its core team who are distributed now in 6 countries. These tools are getting sharper and more user friendly which brings us closer to a norm where organizations big and small will be comprised of members distributed across the globe or should I say the “cloud”.

So what are some of the differences between how a centralized multinational corporation can work remotely and how working within a Decentralized Autonomous Organization can work? With traditional organizations who choose to have the majority of their team working remotely you will still have the need for banks and payrolls, hierarchies and bosses, deadlines and quotas all tightly controlled and monitored. The goal of a DAO is to bring flexibility and freedom, to allow team members to come and go as their lifestyle dictates, contribute where they personally feel they add the best value and work for several projects in tandem if they feel fit to do so. Though there is no current blueprint for these new types of systems and their corresponding best practices, guidelines and necessary technology we can safely say that to run a company in the digital world is constantly evolving especially now and we are proud and excited to be part of building and designing the foundational rule sets of what a DAO is for The Effect Network and its community.

“I wouldn’t be surprised if the next Silicon Valley moves to the Cloud. That would be an incredibly good thing for all of humanity because we could distribute it.” ~Naval Ravikant

Chapter 2: The Constitution will be out next week… Be sure to join us on our social media channels so you don’t miss it!

If you are interested in buying EFX please go to Bidesk cryptocurrency exchange.

The Effect DAO Phase 0 Launching: Are You Ready?

Effect.AI is building The Effect Network, an Open, Democratic and Decentralized Network for Artificial Intelligence. In the following blog you will learn about the next amazing steps in the path to Decentralization and how The Effect Network will be a Global initiative to take the power back from the power that be.