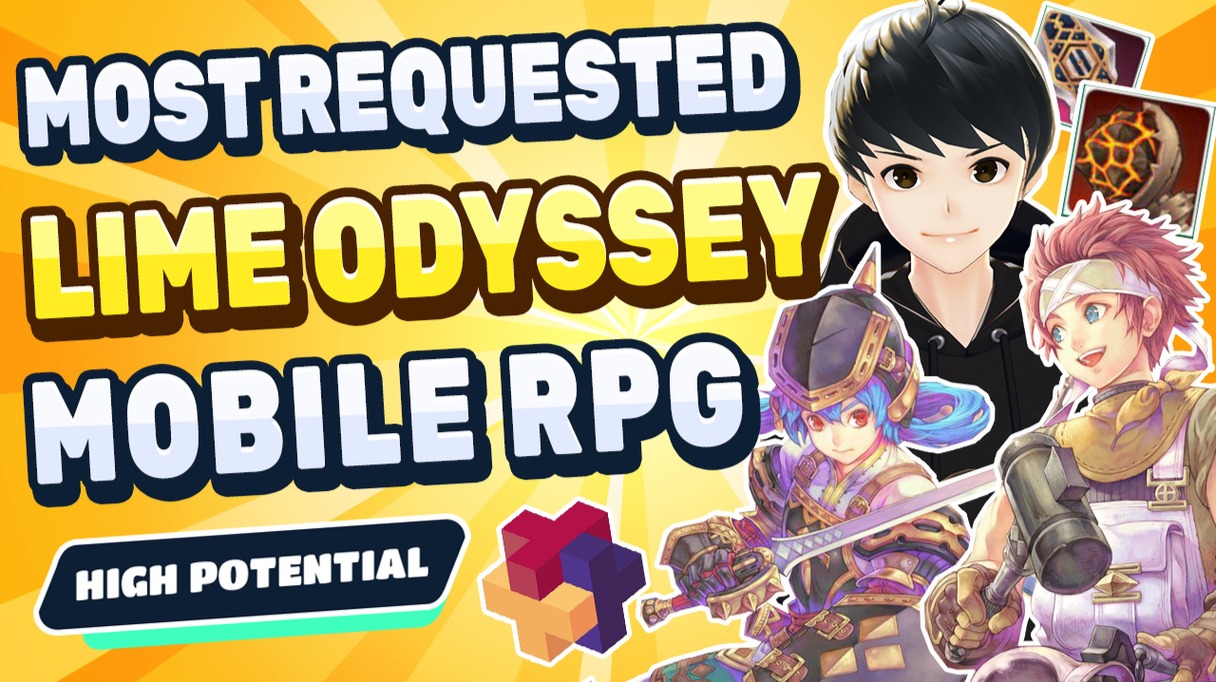 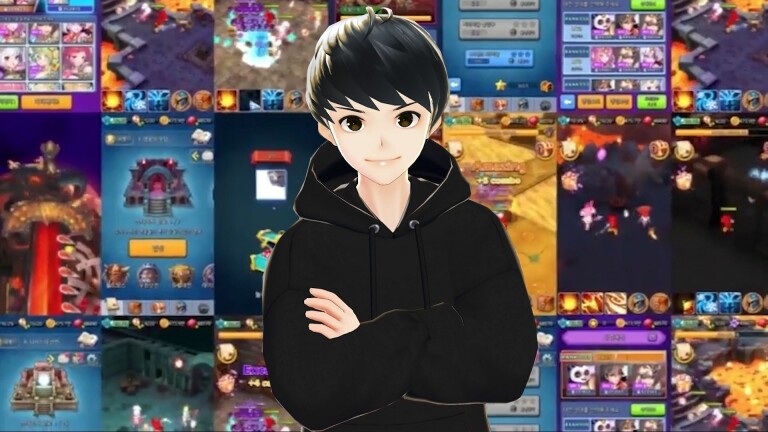 What’s up, everyone! There is another huge blockchain game coming soon into mobile.

If you’re crazy about MMORPGs, then this game can be one of your favorite mobile MMORPGs ever.

Remember, that everything we are about to discuss in this post is based on my own understanding of the available materials I have researched and the information revealed by the game admins. 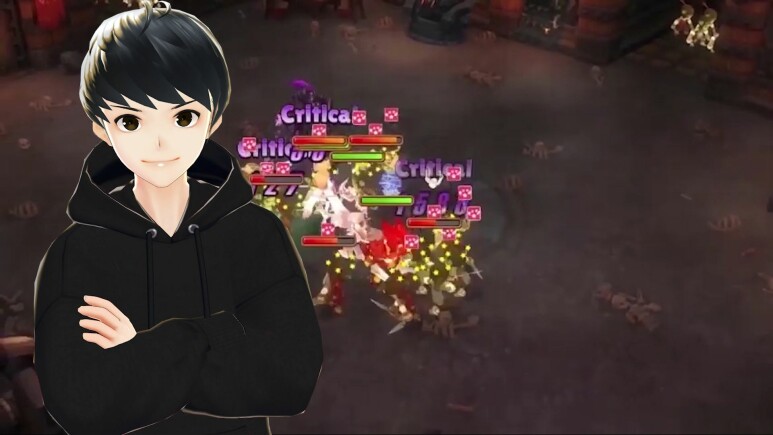 Lime Odyssey mobile is the new MMORPG developed by ITAM

The game is designed to be centered in strategical play using the functionality and combination of various options, and tactical plays based on combat types and character classes.

The variety of game modes will induce strategic gameplay by applying different attributes and compatibility.

The game has plenty of game modes and each one would require a different approach in order to reach the goal. 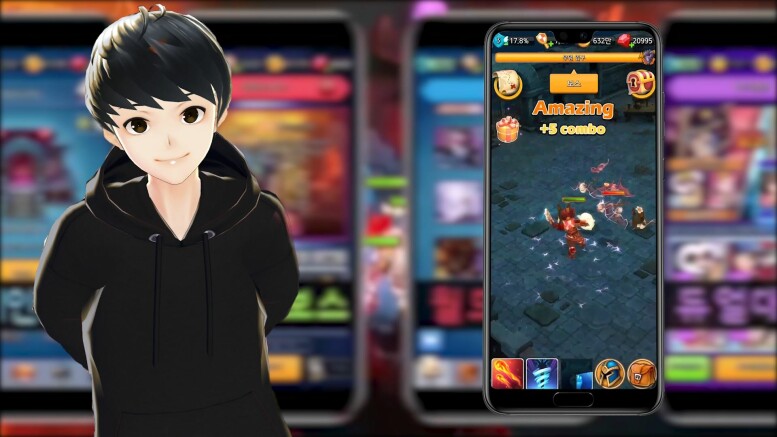 This game mode is played by proceeding through set scenarios and routes.

Parties are formed using collected warriors to gather more items that are essential in training your warriors and enhancing items.

There will be a total of 24 chapters and 280 stages, and the goal of each player is to be able to clear all scenario stages.

The higher the stage the better the rewards.

This should be a fun game mode for both new players and veterans alike! 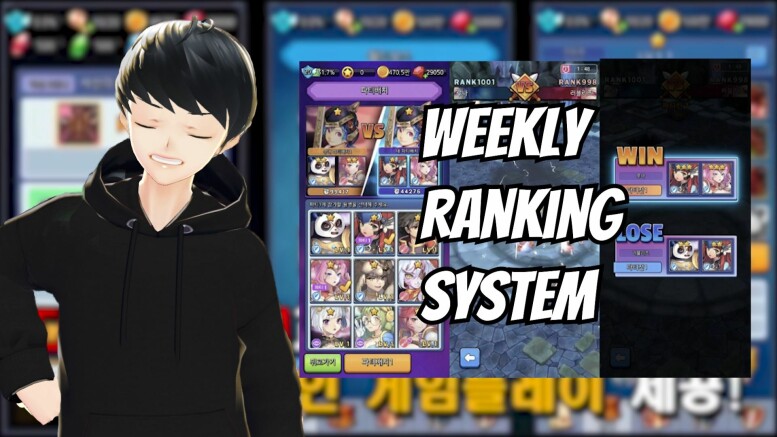 This will be the PvP portal of the game, and will surely bring out the competitive side of every gamer.

The winner of a match is the one who is first to win 2 out of three rounds.

The player with the better strategy and counter-tactics is most likely to win more fights.

There will be a ranking system that resets weekly. And the rewards are given to the players every weekly reset.

The rewards you can get from this game mode are the materials needed for awakening weapons. 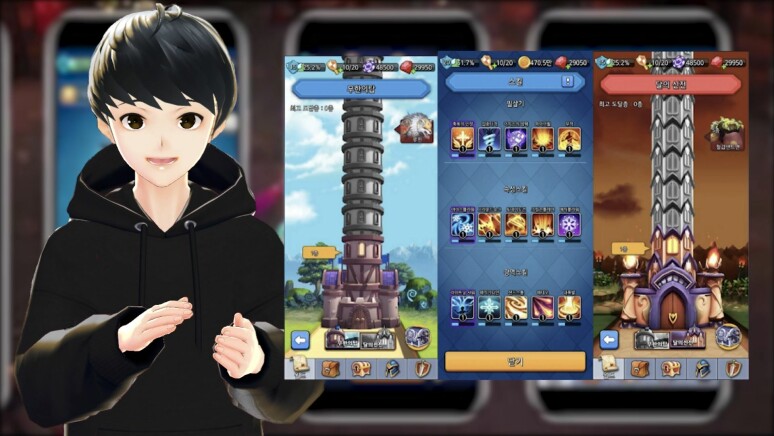 There are 2 types of dungeons “The Infinite Tower” and “The Temple of the Moon”, both towers have 100 floors each.

The objective is to clear all floors one by one. The higher the floor the tougher the fight will be.

Keep in mind that caution is important when playing this game mode because it’s necessary to organize your party according to the different combinations of features required on each floor.

This is where you can gather different skill cards that will upgrade your warrior’s skills and attributes. 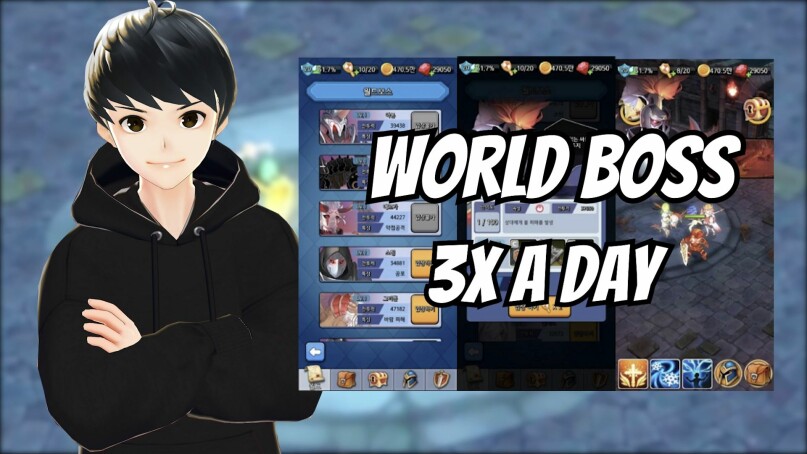 Here, you’ll be facing continuous waves after waves of monsters created over time.

The goal is to survive and accumulate the number of waves you can withstand with your warriors.

It is important to play this game mode effectively by forming a suitable party and studying and strategizing according to the characteristics of the World Boss.

Here, players are rewarded with Soul Stones that are important for summoning warriors and pets. 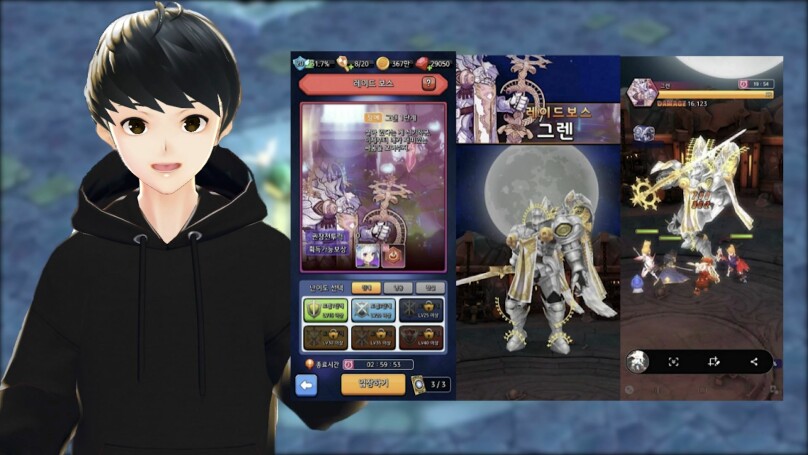 Unlike World Boss which is a solo PvE, Raid Boss is Co-Op. And the game mode is only open at set times, thrice a day.

In this game mode, all 9 warriors are required to participate.

Up to 4 players can participate in a single raid.

This will be the largest user traffic event with numerous special option stones and rune-related items.

There will be different bosses to fight every day in this game mode, and each boss is set depending on the day of the week.

Here is where players can acquire special optional stones and rune items! 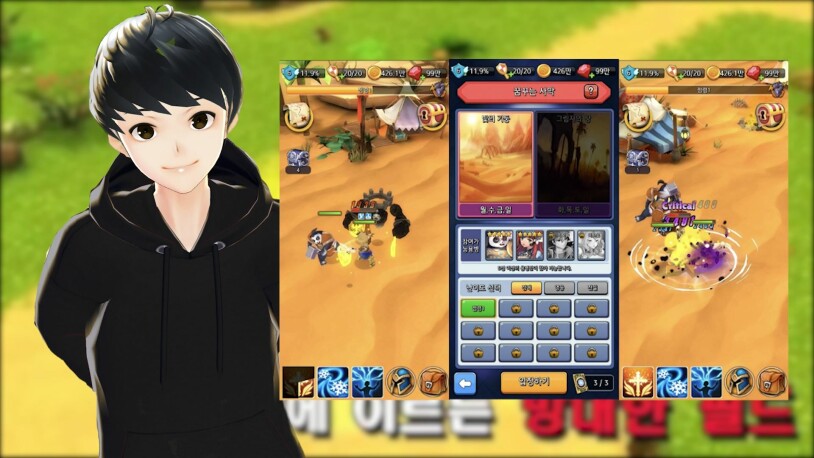 This game mode is probably going to be the most unique of all game modes playable in Lime Odyssey.

It’s gonna be like a really fun challenge with additional (yet optional) rewards.

The goal is to beat the bosses and clear all three floors and collect all treasure chests.

However, you only get to win the rewards when you clear everything -dying in the middle of the game, regardless of your progress, gives you nothing in the end.

Do you remember your old Playstation 1 games? Where in some stages or levels there is a bonus round in-between? Dreaming Desert isn’t exactly a bonus round, but I still think it’s kinda similar to the concept.

And those are all the game modes! Just by knowing those, we can already say that Lime Odyssey is rich in in-game content.

But just wait till you get to know about the game’s playable characters.

New players will start the game with their very own personal character. You can choose from a variety of customization options to design your character.

Then as you keep playing the game, in the form of NFTs, players can have access to 12 Different Warriors, each having a pet of their own.

You can form different parties by using many different combinations of these characters.

And You can also select which of them or their pets you want to join you in battle.

Yes, each warrior comes with unique pets. These pets can buff the offense and defense of their warrior-masters, and they can also aid in boss battles.

These Warriors & Pets are categorized according to 3 Combat Types: Offensive, Defensive, & Supportive 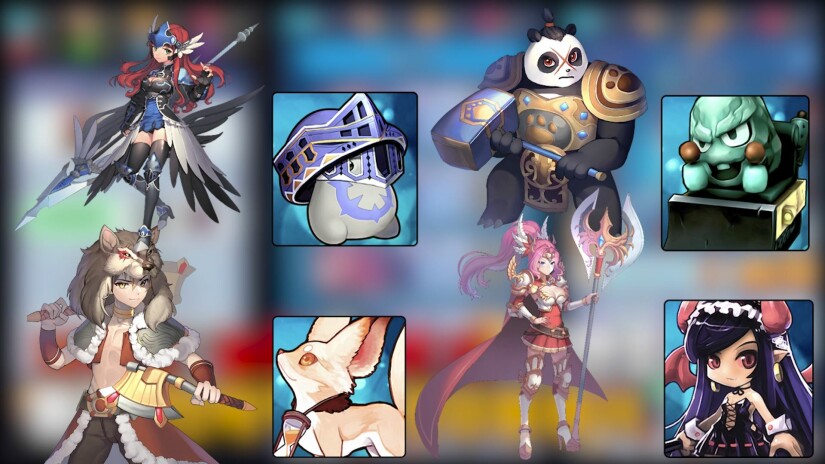 The first of our 4 defensive types is Karena

She is a dynamic well-balanced spearman who wears heavy armor, giving her the highest defense in the game

Ciara is a paladin who can use both combat skills and magical spells. She specialized in both single-target attacks and supportive magic spells.

Recter is a hunter who specializes in quick-attacks and counterattacks. His self-healing skill gives him great potential in combat. 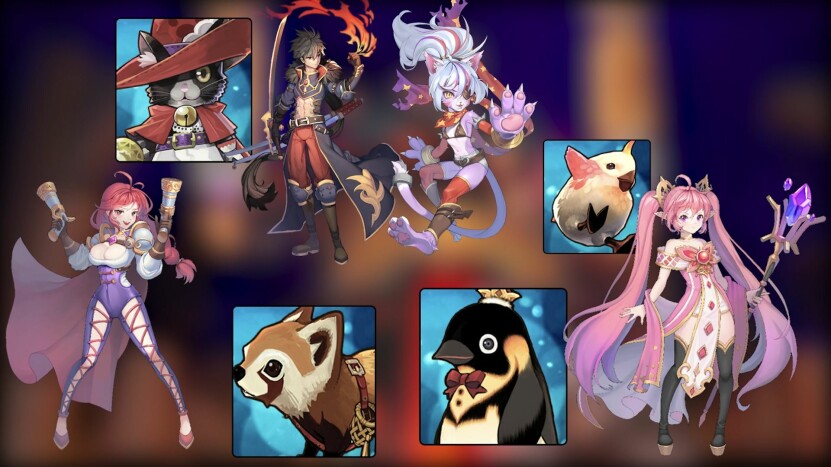 Tez is an unmatched swordsman who is unbeatable one-on-one, having the best single-target skills in the game.

Nanhee is a powerful shaman who overwhelms the opponent with powerful magic that keeps confusing her enemies. 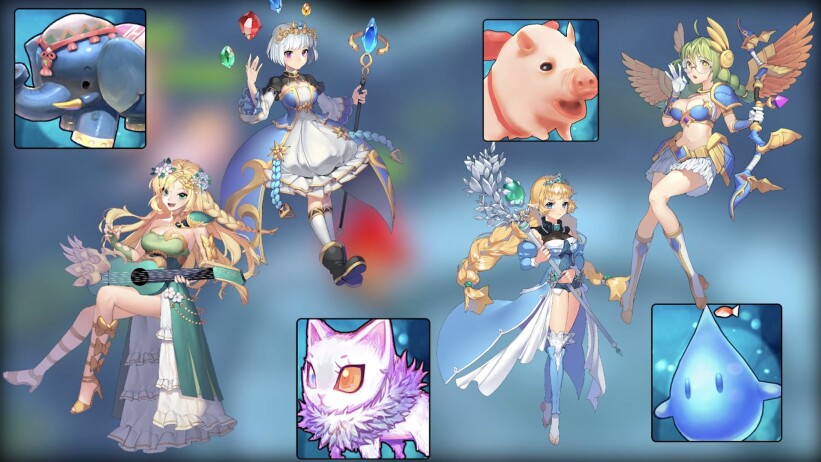 Tania is a wizard who uses supportive spells effectively to confuse a wide range of enemies.

Sharon is a royal princess who sings and plays music to confuse and paralyze enemies.

Last but not the least… She is currently The only supportive type we have in-game who resembles a “White Mage,” Flora.

Flora is a goddess who can freely handle the power of nature. She can raise the abilities and heal the wounds of party members. 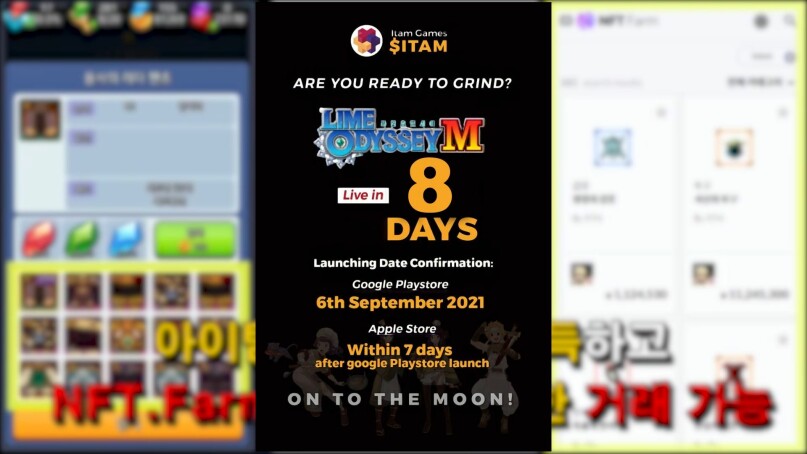 Now for the most important part of the discussion. How can we start playing Lime Odyssey and how does Play-to-Earn work?

Yep! You heard it right, there are no NFTs or Tokens required for gamers to start playing and earning! 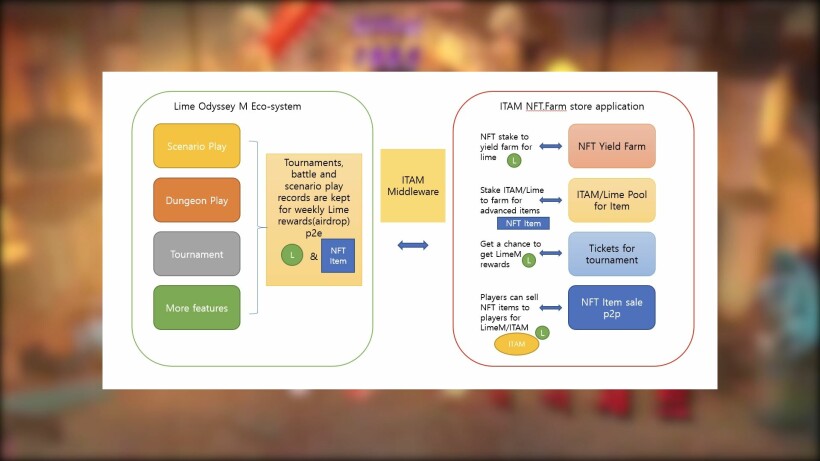 So what are the cryptocurrencies that are incorporated in the Lime Odyssey?

We are going to have 2 tokens: ITAM and LimeM.

ITAM token will be used for player-to-player NFT trading and everything else. Every ITAM investor should understand that LimeM token is the reward token for Lime Odyssey M game.

While ITAM token is the utility token in the ITAM technology as a whole.

In short, ITAM is used as the Governance, while LimeM is Native in-game.

If you’re familiar with Axie Infinity, it’s safe to think of the ITAM token like AXS and LimeM as SLP.

As for the uses of ITAM, you’ll be able to stake ITAM tokens to upgrade NFT items and you also need them to trade NFTs in the marketplace, like for warriors, armor, and weapons.

You’ll also need to hold ITAM to participate in governance voting, the more you hold, the more your vote matters.

This means that the future development of the game also rests in the hands of the community of players who are holding ITAM tokens.

It will also be the main token that connects ITAM’s future portfolio of play to earn games! 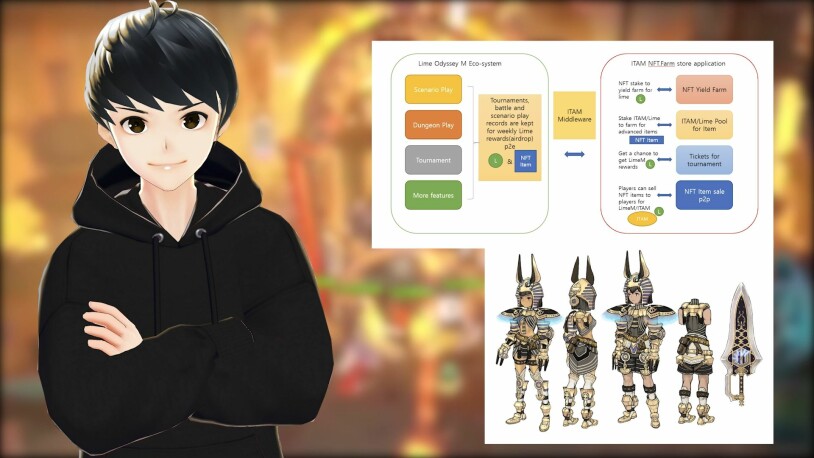 And lastly, one of the most important things we can do with our NFTs is that we will be able to stake our NFT Items in exchange for yield rewards in the form of LimeM tokens.

In the meanwhile, as of the making of this video, while the LimeM token is still being audited by CertiK,

ITAM token will be rewarded for your staking farms –if the token is not yet ready for use when the game launches.

And that’s it for now! Just keep in mind that everything we have just talked about is based on my own understanding of the available materials I have researched and the information revealed by the game admins.

Lime Odyssey has a very promising future since the game developers prioritize taking care of the game’s economy just as much as they care for the community and making awesome gameplay.

So, I guess we’ll see each other in-game soon on September 6!