That's right. Not only am I Canadian, I'm also... umm... a bit juvenile at times. We digress together now, and I'll give a brief and likely unsatisfying explanation of why these three cryptocurrencies in particular are turning my crank the most right now.

Are you ready for this?

Disclaimer: I am neither Batman nor a man with enough BAT to make such a ridiculous(ly awesome) claim. 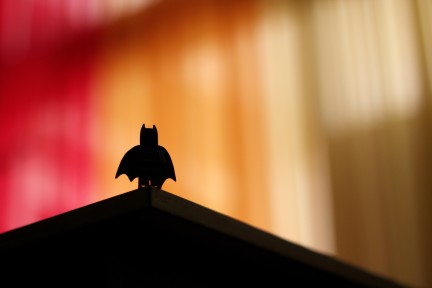 But I am a man who respects the concept of the Basic Attention Token-- an economy that protects and rewards participation-- and a man who uses the Brave browser almost exclusively. So it might be fair to say this crypto will be on my list for a while, whether or not I choose to move on for the sake of fresh content. Time will tell. :)

I believe BAT has a very bright future in terms of value. And it's that enthusiasm-- my own enthusiasm-- that is causing BAT to make waves in the crypto space... we all drive the value of the platform and the currency together as we use Brave and interact with its rewards.

If something can become a Government-backed mainstay in Chinese society, it's a winner. I feel comfortable saying that... especially at a time when China is actively engaging in a crypto-integrated economy. I realize that the COVID-19 pandemic has certainly changed the trajectory of things like this, but I don't think it will have a long-term affect on the future of cryptocurrencies. 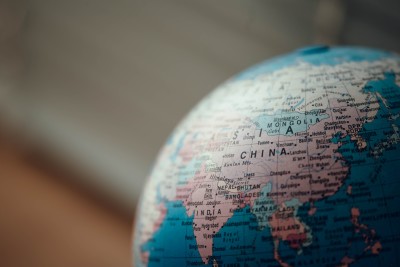 And I feel really good about NEO's position in China... while the authorities have recently been denouncing the existing cryptocurrencies around the world, NEO is widely known as the "Chinese Ethereum". People like it... the Chinese establishment seems to like it too. NEO has its foot in the door, and I think investors will be rewarded for their foresight.

And really, that's it right in the title. Ripple's cryptocurrency is quickly becoming the darling of institutional cross-border transactions. That's what I like about XRP, not unlike the appeal of NEO in some ways. It has its foot in some very important doors...

And although words like "institutions" and "establishment" give a certain sense of centralization, it doesn't mean these currencies won't be wildly successful. It's not the DeFi side of XRP and NEO that excites me, but the potential for growth in the mid to long-term. 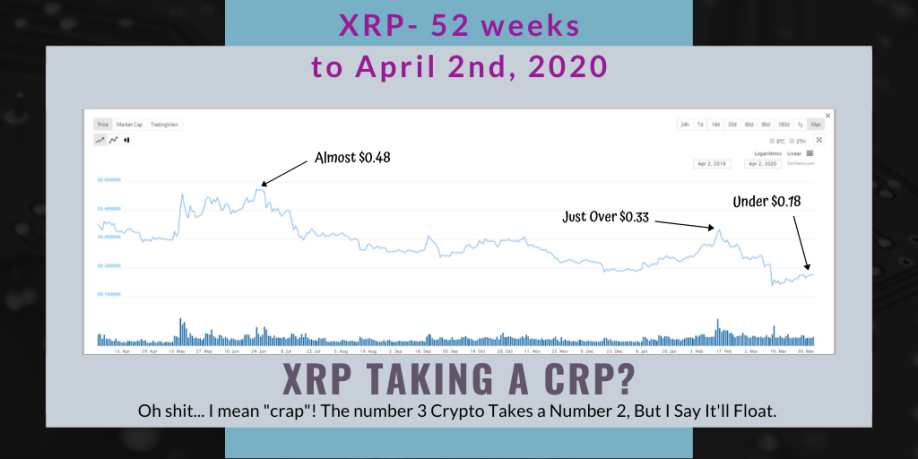 And if any candidate has room to run, it's Ripple! I mean, come on... it's the number 3 cryptocurrency in the world, and it's been trading at just over a third of its 52-week high and almost half its 1-month high. Check out the chart above, then tell me XRP isn't an absolute bargain right now!

I have a few other coins and tokens in mind, but I'll leave it there for now... I don't want to bore you to tears.

Let me know in the comments if you have any favourites, and what you think about my own recommendations. I hope you're all doing well, and that you're staying productive and positive. Take care of each other. :)

If  you're looking for somewhere else to earn a passive income for participating, you really should check out UPTRENND... it costs you nothing, and it's really starting to take off. For the love of all that is free and profitable, CHECK IT OUT when you have time.

I enjoy discovering- and writing about- fun, informative and profitable things in all kinds of arenas: cryptocurrency, blogging, marketing and more! The Brave browser came first for me, and Publish0x more recently... it all just makes sense!

I'm building a community for crypto-beginners like myself, where we can get involved and talk about this new and exciting landscape! I highlight the fun and profitable things I stumble upon, and I try to explain the basic concepts behind the most common questions we may have. Join me at ThatCrypto.Club now, and we'll face the 21st century together! #TheFuture #Cryptocurrency #ThatCryptoClub 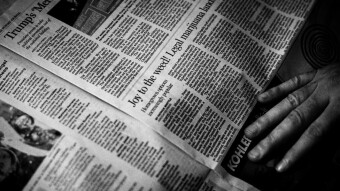 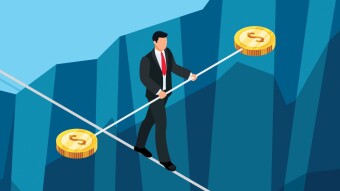 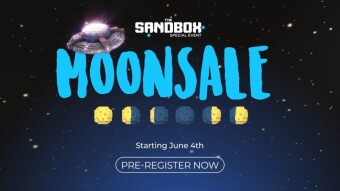