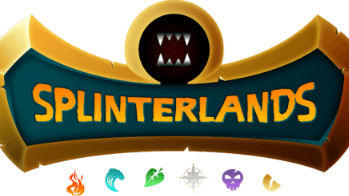 Splinterlands - Battle Library Seven - You can learn something everyday!

This battle is a "I didn't know that" post.  Not too different from my last Battle Library post where I learnt something about the Poison ruleset.

In Battle Library Seven I learnt something that I probably should have already known about the Retaliate ability.

- Only Earth or Death allowed

- Stampede - The trample ability can trigger multiple times if the trampled monster is killed (not so useful at low levels as not may cards have trample!)

- Melee Mayhem - Melee can attack from any position

It's always tricky dealing with a relatively small cap.  With this ruleset I also had to decide on whether to use melee cards to take advantage of the rules.  However with Earth there is the risk that Mylor might crop up as the opposition so theres also a benefit to ignoring the ruleset.  A tough call....

Summoner - Mylor (3)- for the thorns of course.

Rexxie (9) - in second slot for to take advantage of the ruleset and to get off a few big four melee damage attacks.  Even with thorns he should get three attacks out.

Cockatrice (2) - in third slot. to both take advantage of the ruleset and to fill out the team. It wouldn't survive thorns but would be more useful than if the opposition played a mustang at the front of his team (the only other two available would be the Khmer Princess with one magic attack).

This team used my whole mana quota. I was hoping he'd use a lot of melee and wouldn't have Mylor but the team should still be solid even if he used Death and Zintar thanks to the big Rexxie attacks.

Summoner - Lyanna (3) - for the plus one to life and probably because he didn't have Mylor!

Pelacor Mercenary (7) - in first slot with a solid life, one armor and flying.

Stonesplitter Orc (6) -in second slot with his solid attack and retaliate ability.

The opponents team doesn't quite use the whole cap and only has two cards. It appears my opponent didn't have any one mana cards to fill out his cap.  Interesting choice with the Orc, I don't see the orc used often.  Using the mercenary in front could be a gamechanger too as if my melee cards miss a lot it could make all the difference!

Turn Two - Orc hits golem for two taking him to three life.  The Cocatrice and Rexxie both hit the Mercenary taking him to two life.  The Mercenary then takes the Golem down to two life but dies due to thorns.  The Golem then hits the Orc to two damage.. and then the kicker - Retaliate goes off killing the Golem.  Ouch.. I'll still win though due to thorns in the next turn..... WAIT.. whats that.. thorns goes off after a retaliate attack.  Nice!  The Orc dies and the battle ends.

And so I learnt something today - Thorns goes off after retaliate attacks.  Makes sense and is good to know (you might not choose cards with retaliate if you're going up against thorns!).