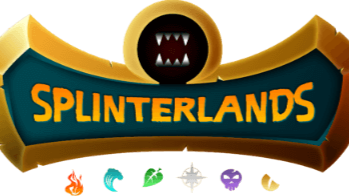 You know how they say caged chickens are fed too many antibiotics - well this may be true!

In Battle Library Six I'm posting about an odd battle involving a bottle of poison and a Chicken.

- Only Fire, Water and Earth allowed

- Armored Up - all cards have plus two armor

A tricky ruleset to work with - Poison can be difficult to deal with unless you have cards with Cleanse  - I don't so the only way to deal with it is with cards that heal, high life cards or scavenge.  The opponent looked like he used Earth a lot but no Mylor so I did not use Water (expecting Unicorn Mustang) but went with Fire for melee attacks.

Living Lava (7) - in first slot to tank with decent life, has the shield ability.

Fineas Rage (7) - in second slot due to his reach, speed and attack.

Gelatinous Cube (6) - in third slot to help outlast the opponent with it's high life and scavenge ability.

Serpentine Spy (3) in fourth slot for a quick initial attack to fill out the team.  I couldn't think of a better choice as all the cards left for me with three or less cost would die in the first round due to poison whatever card I chose.

This team used my whole mana quota. The aim was primarily to outlast the opponent (Gelatinous Cube with Scavenge) but did have some solid melee attack to kill as well.

Summoner - Wizard of Eastwood (3) - to negate the armor bonus I guess.  Earth as I expected and not Mylor fortunately!

Unicorn Mustang (8) - in first slot to tank with high life and protect vs magic.

Goblin Sneak (4) - in second slot for the quick sneak attack and should survive for two rounds.

Furious Chicken (0) -in third slot as a filler for the team.

Spirit Druid Grog (5) - in fourth slot - for the two magic attack and resurrect ability - definitly a useful skill for a poison battle!

Wood Nymph (4) - in fifth slot -  for the magic attack and a chance at at least one heal.

Khmer Princess (2) in last slot - for a quick magic attack before she dies.

The opponents team uses the whole cap and though it has a number of cards that won't survive the first round due to poison could be a solid team with some magic attack that could eat my fire team quickly.  However no scavenge card so he has to take out my gelatinous cube before it has enough life to outlast his team.

Turn One - Fineas takes out the Mustangs armor, Mustang takes out Lava's armor, Spy takes out the chickens armor, Thief kills the Spy, then his Magic Trio take Living Lava to two life and Lava reduces the Mustang to six life.  The turn ends with Lava on two life, Mustang on Six life and the cube with nine life.

Turn Two - Poison goes off, On my team it kills Lava, reduces Fineas to six life, and the cube to seven life.  On the opponents team it reduces Mustang to four life, Thief to one life, then kills the chicken, gorg, nymph and the princess.  BUT the chicken resurrects (thanks to Gorg's ability).  Fineas then attacks Mustang reducing it to one life, Mustang hits Fineas reducing him to three life and the thief hits the cube.  I end the turn with Fineas on three life and the cube on 10 life.  The opponent has Mustang on one life. Thief on one life and the chicken with two armor and one life.  Nice- should be all over as poison will kill out his team and the Cube will still be around!

Turn Three - Poison reduces Fineas to one life, and the Cube to eight life. Fineas hits the chicken taking out it's armor.  The chicken has one life, Fineas one life and the cube has 10 life - all over.. or is it?

Turn Four to Nine - Poison kills Fineas.  Poison kills the Chicken and it's game over.... WAIT.. whats that - The chicken isn't poisoned - has its roids or antibiotics made it immune to poison???  Apparently Poison doesn't apply to resurrected cards.  And so the opponent wins as Gelatinous Cube has no attack to kill the chicken.  The chicken is not dying and it takes five turns before the cube dies from poison - I did not see that coming!

Moral of this story - resurrect may be more useful than it looks as when a card is resurrected it does not have any status effects - in this case no poison on the chicken meant a win for my opponent.  Guess you can't win them all!

And that's a wrap, hope you enjoyed the battle and if you found it interesting and are not into Splinterlands yet give it a go: