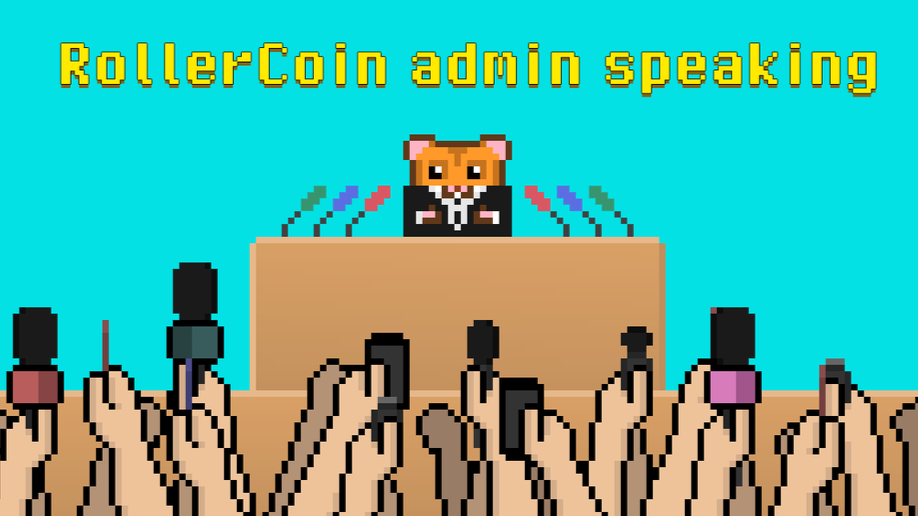 So Rollercoin have put out a statement after their latest update to respond to some comments they have had on the update.  Some people have been very unhappy.  It's on their Facebook page at:

I would have posted this earlier but got stuck on the two post per day limit on Publish0x.. oops!

First things first - Feel free to just go to their website directly but if Rollercoin interests you I'd be very happy if you joined up with my referral link:

So I'll run through their post with a quick note on each point they made and what I thought of it.

Before I do so, most importantly - if you do 40 games today send an email to [email protected] with the DOGEDAY GIVEAWAY subject line and you might be lucky and get one of 50 Doger 420 miners for free!

On to their notice

1 - They note they're not answering all emails quickly because of the volume they have received - sounds like they will get to them but it'll take time - My take - understandable, in the past they have been pretty good the few times I've emailed so they get a pass on this.

2 - Doge Rewards - they explain that DOGE rewards have reduced so much because the value of what was being earned was almost $1m monthly (due to the value of doge increasing so much). - My take - understandable, they do have to manage their economy reasonably and it can be seen that changes like RLT being pegged to the USD and rebalancing the block rewards seems to support this.  Its not great (for Doge miners) but again understandable so another passing grade here.

3 - Deposit Delays - they explain this is due to the speed of the blockchain  not issues with them - My take - we'll have to take their word for it but I have heard from other places that things have been slow due to the volume of transactions going around so again they'll get a pass on this.

4 - Withdrawal delays - They explain that they have had an outstanding amount of withdrawal requests so have cancelled all withdrawals for today as the volume has caused system crashes.   - My take - again we'll have to take their word for it, I haven't been far enough in the game to get a withdrawal previously but I know others have so we'll have to trust that once things settle down they'll be doing withdrawals again fairly quickly - a wait and see grade for this one.

5 - Minimum Doge Withdrawal - They explain that they'll lower this even more in the future but for now due to the number of withdrawals it is what it is. - My take - sure ok lets just see where this goes - a wait and see grade here too.

6 - Decreased Game Power - They explain that this was done to reduce fraudulent players and to prepare for future updates where drops of other things will come from games - My take - Ok, understandable, I just wish they'd said this in the original patch post rather as this is a bit different to their earlier reasoning where they felt people played too many games.  I'll give them a "Did not meet expectations: grade for this one - honest communication is critical to maintain the trust of everyone especially when taking something away from them!

7 - Reduced Mining Rewards - Basically they say to read the notes on the update on the block rewards and that you may need to rebalance your power distribution to get rewards you want (in particular they basically say mine the least popular coin to get better results as you wont be competing with the rest of the player base as much.   - My take - Ok - noted - just a passing grade here.

Hope you enjoyed my summary of the promotion. Don't forget to enter the giveaway and feel free to comment or ask any questions and as always if you're interested in joining Rollercoin or earning crypto to send to Rollercoin I'd be very happy if you used my links below.