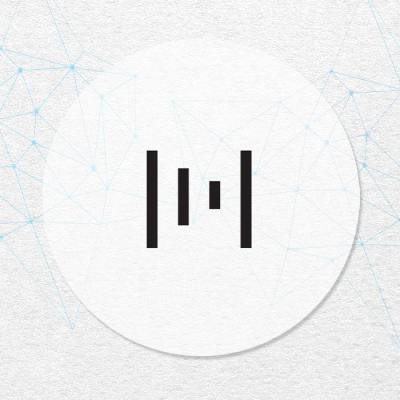 Metal (MTL) is a blockchain project that is focused on digital payments. Founded in 2016 by Glenn Mariën and Marshall Hayner, who also co-founded QuickCoin and worked on Stellar, Dogecoin and Block.io.

The network uses a unique consensus algorithm called Proof-of-Processed Payments (PoPP), rewarding them for converting legacy fiat currency into cryptocurrency. The team has said that the MTL token and network is very much like Bitcoin, but with the distinction of having the user friendliness and appeal of something like Venmo or Square.

Built on the Ethereum network, the team wished to move away from the Proof-of-Work algorithm which is used by Ethereum. They began working on the PoPP scheme, which “acts as a provable way of identifying users and distributing new currency into the system.” To facilitate this, it uses KYC/AML procedures to link accounts.

As for why Metal may be a better choice than Bitcoin, the team has said that it expects its users to save about 4-5% in expenditure as a result of using the token. Metal will also provide discounts for Metal merchants, customers and consumers.

While there are no specific dates for the many milestones that the team has listed, there are several objectives on the agenda: Metal Vault, Metal Pay, Metal Merchant, Metal Desk and much more. Each of these focus on a specific feature - storage, payments and so on.

Additional features of the Metal that are being worked on include plugins, loyalty programs, Escrow wallets, hardware NFC payment terminals, an ecommerce platform, microtransactions and much more.

Previous Harmonic Move: Previously I have posted chart where the price action of Metal token had formed big bullish Cypher on weekly chart. And at that time the price action was moving in the potential reversal zone of this harmonic pattern. And at t...

Is it Moon Time?

Until the last year or so it hasn’t been very easy neither compelling for someone to USE blockchain applications or cryptocurrency beyond value speculation, trading, and “frowned upon” activities. Now with the access to a few super cool apps both i...

If you've been following crypto since 2017 you remember the madness and hype around new ICO projects. Thousands were created in the 2016-2018 stretch and ICO's still happen but just at much slower of a rate. Now hype is more focused on shipping usabl...

What is Metal or MTL cryptocurrency and Metal pay system: Metal is a blockchain-based crytpcurrency system which utilizes Proof of Payments to identify users whether the senders or receivers,The system rewarding users for converting fiat currency int...

Metal coin: A coin rewarding users for sending and receiving money on their metal pay platform

Metal  coin is a native cryptocurrency   created on Ethereum blockchain network platform whose transaction takes place from one peer to another without involvement by the government thus is being considered to be a decentralized asset. Metal...

MTL seen from the temporality of 1D we can observe that the current structure has formed a bullish pennant and the major figure shows an inverted SHS, a reversal pattern of trend, in the chart above I have indicated the pennant through the diagon...

Originally posted April 5th 2018 Metal (MTL) Today continues our appreciation of alt coins both high and low cap (mostly low cap) with the 4th article of altcoin appreciation month. As stated in yesterday’s article, were looking at Metal, another one...

Earn up to 5% back when you send and receive money. When you start earning rewards for making payments, you'll never want to use another payment app. Sign up to be one of the first people invited to try Metal Pay for Android. Link===> https://android...