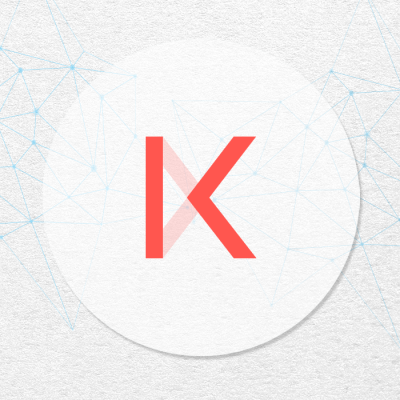 Kava is a decentralized lending platform that allows its users to borrow stablecoins against all major cryptocurrency assets.

Built on the Tendermint protocol, Kava was founded by Brian Kerr and Ruaridh O’Donnell. The team consists of 9 members, with advisors including Compound Finance CEO Robert Leshner, Cosmos research scientist Sunny Agarwal and Chorus One co-founder Brian Fabian Crain, among others.

The platform launched in June 2020, with Binance Coin (BNB) collateral, USDX loans and minting as initial features. Kava uses two native tokens: KAVA and USDX. The former is the platform’s native token that allows users to govern the network, and can also be used for lending purposes. USDX is a stablecoin that is generated when users collateralize assets. USDX can then be staked to earn a yield.

The capacity to take loans against collateral on major assets, combined with the ability to mint USDX to buy more of the same asset, is essentially an indirect long position on the asset. Thus Kava offers synthetic and derivative products, in addition to just being a lending platform.

The public testnet of the platform was released in Q2 2019, and was iterated upon until the mainnet launch in Q4 2019. This was followed by work on the beta version of the CDP system, which was released in Q2 2020. Custodial and non-custodial BTC pegs are expected to be implemented in Q3 2020.

Kava has partnered with a number of well-recognized businesses in the blockchain and cryptocurrency space, including Binance, Huobi Pool, OKEx, Ripple, Cosmos (ATOM), HashKey, Coil and Arrington XRP Capital, among many others.

And here we are again talking about uphold. I had written an article some time ago about this platform, and in general I was very happy to use it as the huge advantage (within the site) was the instant exchange with other coins, without fees (or at l...

Bitcoin (BTC) and Ethereum (ETH) are the largest cryptocurrencies in terms of market capitalization. They also contribute more than half of the entire cryptocurrency market share. It is hardly surprising that they are by far the most popular cryptoc...

Despite the harsh conditions of the Crypto market in recent months, projects in the cryptosphere continue to forge ahead. One project in particular has their community buzzing with excitement with it's upcoming mainnet launch. Kava Network, a layer o...

Visit DailyCoin for more articles Kava, the Cosmos-based project, has become popular as it allows Ethereum developers to build on its network. Kava (KAVA) has been a standout performer in the bearish crypto market, retaining a weekly gain of 2...

Experiment: I much I made staking KAVA for 21 days

About a month ago, I was looking for some staking opportunities with coins I wasn't familiar with and I found KAVA, and I picked it for a technical and logical reason... I liked the name. Kava is the Serbian/Hungarian (and a few more) word for 'coffe...

Hi dear friends, hope you are well and welcome to the new update on Kava. io (KAVA) tokenThe channels and SMA resistance:On a daily time frame, KAVA has formed a down channel and recently came out of the resistance of this channel and formed anoth...

Hi dear friends, hope you are well, and welcome to the new update on Kava. io (KAVA) token.Big Broadening wedge:On a weekly time frame, the priceline of KAVA is bounced from the support of a huge broadening wedge pattern. Stochastic has turned bul...

Experiment: I’ve bought and staked a token just because I like the name

I keep well over 90% of my holdings in btc and eth because these are the only two cryptos I firmly believe in the long run. After that, I allocate small amounts here and there to buy, and sometimes stake, random coins and tokens that aren’t actually...