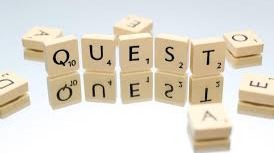 I am strangely attached of IOST, as it was launched on my brithday, in 2018. I use to follow them, and at the time they got a generous faucet, so i had a notable amount at the end of 2019, which i sent to the wrong address and it was iremediably lost. Why do i like it?

Well, at the moment IOST is ranked #106, and the team working on the project is quite good, consistently achieving their objectives. Even if it is mostly localized in Asia, they got interesting partners and good apps. The value in the last two years was not swinging wildly, and the interest is increasing lately in relation with the IOST ecosystem. They are not pushing, and despite having a very active team, they are not well known to the main public. Just check this graph, isn't it beautiful. 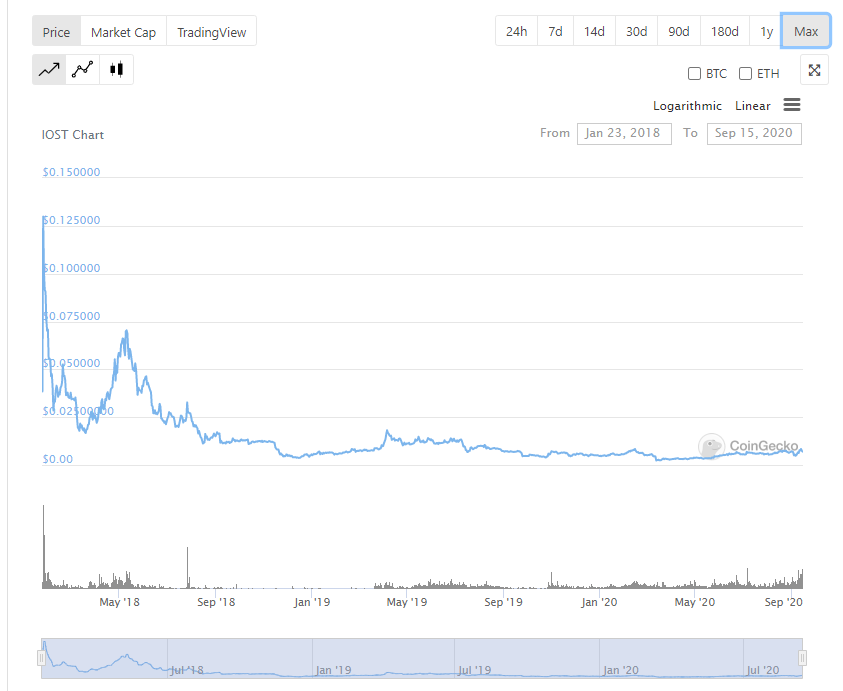 You can stake it for rewards, and according to https://www.stakingrewards.com/earn/iost the annual interest rate at the moment is 17.69%, which is good for a project with huge potential like IOST. There are two options of staking in IOST. First option is to become Node, second option is to delegate your money to Node. Now, becoming a node is a complicated bussiness, but delegating your votes is quite easy, and you can do it utilising one of the many options provides, via IOSTABC, JetStream, TokenPocket or IOST Voter. Delegating your votes will usually get you 50% of the node rewards as voting dividends. The best wallets for keeping and staking IOST are:  IWallet, Jetstream, TockenPocket, Cobo wallet, Huobi wallet and Starteos.

Proof of Believability relies on a fast grade Byzantine Fault Tolerance mechanism, microstate blocks, Atomic Commit protocol, and a dynamic sharding protocol to secure transactions consistently and quickly. The use of PoB can reduce the use of storage, lower costs of processing power and configuration when compared to a PoW protocol. This protocol is quite stable, and until now there was no succesfull attack on this blockchain.

Now, this is the interesting part, the IOST block time is 0.5 seconds, and the block rewards are distributed according to the number of block produced.
Every block is awarded approximately 3.3 IOST. Block rewards are issued every 24 hours, and need to be manually claimed by activating the system contract. This ' manually claimed' thing is a bit confusing, and i did not find anywhere if you need to claim every 24 hours, in a similar way with SOUL token from Tron network, or you just need to claim it from time to time. Additional to this, the reward claiming website is written partially in English, partially in Chinese. But you do have a step by step tutorial on Medium about how to do it.

Latest edit: Acording to LikeMike, there is no need to do it every 24 hours, as the claims are compounding from one day to another.

In the light of August being the month of DEFI, as  the wider cryptocurrency market has snowballed into a multi-billion dollar space, and as a leading global public blockchain platform, IOST is committed to providing a zero-barrier DeFi development ecosystem to its developers. In that regard, IOST today announced the launch of a new incentive plan dubbed “the DeFi Incentive Program 2.0,” which aims to give a $6 million boost to the ecosystem’s DeFi innovators. With $6 million poured into the fund, IOST’s DeFi-specific Noah Oracle Fund is now worth $7 million. If you are a developer, anywhere in the world, you may want to check this. Developers can apply in the following categories to gain access to the multi-million dollar DeFi-specific fund.

Liquidity Pool DEX – A DEX similar to Uniswap built on the IOST chain. Developers are encouraged to add innovative features to the DEX to provide users a more robust and economically feasible DEX service.

Lending Protocols – A lending protocol built on the IOST chain akin to AAVE (LEND), and others.

Stablecoins – The use of stablecoins has run in line with the increasing market cap of the cryptocurrency space. Developers are welcome to develop fiat-collateralized, and protocol-based stablecoins such as MakerDAO, and AMPL, respectively.

DeFi Pools – Developers are encouraged to build a YFI like platform on the IOST chain. Alternatively, they can propose and build other more sophisticated DeFi products akin to YFI.

Oracles – Blockchain oracles play a significant role in the proper functioning of smart contracts by fetching off-chain and cross-chain data. The development of easy to use oracles such as Chainlink (LINK) and Band Protocol (BAND) on the IOST chain is encouraged.

Check this article for more informations about it.

Now funny stuff, looking at this Chinese ranking system of usability, they are ranked #3, before the likes of TRON and Neo.

As i said, this is a token with high long term potential, as they are consistently improving and surprising us with their achievements, even if they like more to do that to speak about. And sooner or later, hard work will always pay. Now, this being said, this is in no way financial advice or promotion of any kind, and you should always do your own research before investing your money, right?

Wish you a beautiful week, and as much M&M as you like!