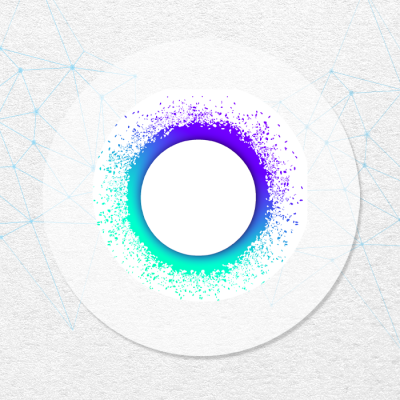 Holochain (HOT) is a cryptocurrency made by Arthur Brock and Eric Harris-Braun in 2017. It is a decentralized hosting platform and open source framework for the building of fully-distributed peer-to-peer applications. It’s purpose is to serve mainstream internet users and provide scalable crypto-accounting infrastructure for the hosting and managing of fully-functional decentralized applications.

Unlike most cryptocurrencies, Holochain does not utilize blockchain or DAG (directed acyclic graph) technologies. Instead, Holochain utilizes DHTs (Distributed Hash Tables) in it’s open source framework for building dapps. Each node in the Holochain network maintains its own history rather than the entire state of the network like in Bitcoin. Therefore, Holochain apps maintain their own network with their own set of rules and function independently. However, by using DHTs, a portion of each nodes data is stored in a shared public space so if a node goes offline, it’s data isn’t lost. This unique framework enables a high level of scalability for dapps hosted on Holochain.

Holochain dapps enable users to own and control their data while interacting with one another by mutual-consent to a shared set of rules, which cannot be unilaterally changed by any authority. Dapps on the Holochain platform can be developed with the JavaScript or Lisp programming languages, with support for front-end systems using CSS, HTML, and JavaScript. Some ideal uses for Holochain include social networks, supply chains, peer-to-peer platform co-ops, rating systems & reputational currencies, and collective intelligence/collaboration dapps.

HOLO! Where Are You Going Without Me?

HoloChain's HOT token was one of the tokens I watch silently. It has a clean chart: There is a very strong support line (yellow) in 0.001970 level and obvious trend line (blue) which is tested this week and with breaking of it, instrument had a rise...

Is It Possible To Do This Without Cost?

Has your oven ever broken down when you started preparing food? Well, have you ever thought of preparing your food in the dishwasher? Or how about using your toaster? Maybe you don't even have a kitchen where you can prepare meals, but you don't have...

Hot Summer Days And How It Affects Life

Image by Olya Adamovich from Pixabay  Summer sucking sun is right here. Weather is too hot. Its partial cloudy with 29 ℃ so I just had a morning shower before the sun boil the water for shower. Feeling not as fresh as expected, fan is moving over my...

After this I looked, and there in heaven a door stood open! - Daily Bible Reading: Friday, April 29, 2022

Revelation 4:1-11 (NRSV) 1After this I looked, and there in heaven a door stood open! And the first voice, which I had heard speaking to me like a trumpet, said, "Come up here, and I will show you what must take place after this." 2At once I was i...

Background Source: canva The angry sun from my window insists me to write about it. Its shining hard in this early morning. Can't sleep anymore because I woke up sweating. Fan is moving over my head but I was sweating. Its spring of summer? The sun...

Holo aims to change the way we use applications on the internet. Today’s apps depend on corporations’ central servers that act non-transparently and don’t allow users to own their data. Holo introduced the way to make apps decentralized: instead of a...

Holo is a peer-to-peer platform for hosting decentralized applications. By implementing a so-called ‘agent-centric’ approach, Holo apps turn users from passive consumers to their active participants, enabling them to store and control the app data on...

What Is Going On With Markets Today? (Part 2)

So - Mr. Satoshi Nakamoto, the pseudonymous creator of Bitcoin. (If you haven’t yet read the whitepaper, you should.) Generally speaking, the goal of cryptocurrencies are to form a kind of end around old institutions that clog up systems with market...

What Is Holochain Holo HOT Coin?

Holochain is a platform infrastructure technology for distributed P2P applications, and Holo is the first application to be built on top of it. This project has its own Holo HOT token whose ICO was conducted in April 2018. Learn Holochain crypto proj...

Holochain Holo HOT Coin Price Prediction For The End Of 2021

Find out more about Holochain Holo crypto currency. Examine Holochain HOT coin price prediction for the end of 2021. Explore Holo achievements and plans for future development. Learn where to buy Holo crypto and how to buy Holochain coin on StealthEX...