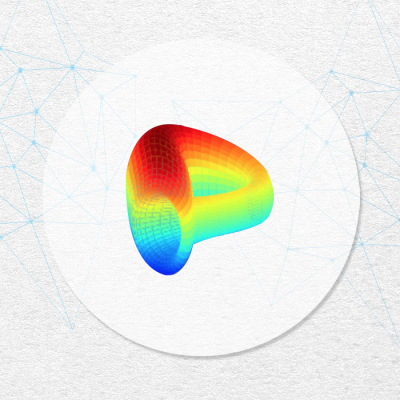 Curve Finance is a decentralized exchange exclusively designed for stablecoins, with the key feature being that it offers very low slippage as stablecoins are exchanged directly with each other. The development team has designed the algorithm to minimize slippage, with trading fees set at 0.04%. Additionally, impermanent loss i.e. a prevalent phenomenon in liquidity pools, is much lower when compared to other platforms of its kind.

The platform was first launched in December 2019, with early work beginning in September 2019. No official team exists. However, GitHub shows that much of the development work comes from Michael Egorov, who serves as the CTO of NuCypher, a company that is building encryption technology.

Curve Finance’s design allows users to earn additional revenue from their decentralized finance (defi) investments. The protocol does not have a native token. For example, users can hold their stablecoin asset, earning money through the Compound Finance protocol while Curve Finance rebalances the investor’s tokens to obtain the highest interest rate among a set of tokens.

Ethereum (ETH) Is A Castle Made Of Sand

In a civil complaint against Balina, a crypto influencer, the SEC claimed that all of Ethereum falls under US jurisdiction. Why is it a problem? The ruling in this case is likely to set a precedent for how future cases are decided. Concretely, the S...

Using Votium and Snapshot.org with Delegated, Locked Convex to Maximize Your vlCVX Incentives

Overview of using Votium.app and Snapshot.org with your vlCVX incentives to get your bi-weekly "bribes" from protocols who are rewarding $CVX holders for their valuable Curve.fi voting power. URLs mentioned: https://votium.app/https://snapshot.org/#/...

Curve Finance doesn’t just prove that decentralized currency exchange works. It shows that it can work even better than traditional forex! If you’re using http://Curve.fi to get rich (or just richer than you already are), then now’s your chance to pr...

Borrow $MIM against your interest bearing ETH (yvcrvSTETH) at Abracadabra to yield farm at Curve.fi

Learn how to use Abracadabra.money to take out a loan denominated in $MIM (Magic Internet Money) against your interest-bearing $ETH position (yvcrvSTETH) in order to continue earning interest on your $ETH position and earn interest on what you’ve bor...

Written by Joost Find me on discord here: JoostLint#4081 For those of you that are new to crypto, welcome to crypto. I hate to break it to you, but the crypto world is harsh and ruthless, filled with scams and exploitations. That is why we’ve writte...

“Cryptocurrency is a scam. I only invest in companies with products I understand, like yacht furniture, racehorse oats and spatterdash starch. Anyone who owns crypto is subhuman. Those people don’t deserve wealth, let alone high-quality merchandise....

Quick Take DeFi tokens skyrocket today. How does Smart Money take the lead to invest before the price increases? What are the Smart Money current holdings? Have they sold yet? Why are the Candlestick endorsed Smart Money smarter than ot...

Harvest Finance: Sends it into Full Speed Ahead with New Ethereum Farms

After a quiet period, the Ethereum chain on Harvest Finance seems to be heating back up again and quickly. Before this most of the developments had been focused on the Polygon and the Arbitrum chains but with the transactions fees falling in the Ethe...

🍿Drop the Top Gainer in Your Bag. What are traders' expectation about the Ethereum merge?