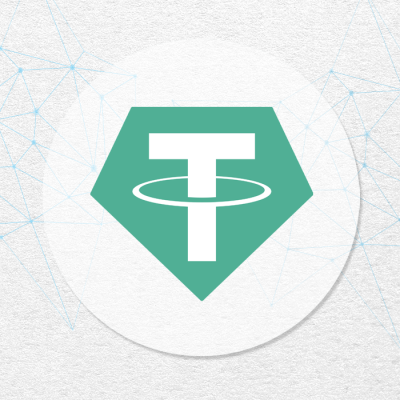 Tether (USDT), launched in 2014 as a rebranding of RealCoin, is a stablecoin pegged to the United States Dollar. Like all stablecoins, it is used by investors to combat the volatility of the market.

There are approximately 4 billion Tether tokens in circulation. Pegged on a 1:1 basis with the US Dollar, with 1 token being equivalent to 1 dollar, this means that Tether must back the entire supply with fiat or other assets - which has been the subject of a lot of attention.

Most recently, the New York Attorney General’s Office officially subpoenaed parent company iFinex, and alleged that Bitfinex and Tether were involved in covering $850 million in losses. The two entities vehemently opposed this, but the case is ongoing. Tether has long claimed that its reserves fully back all of the tokens in circulation.

Tether is closely associated with Hong Kong-based exchange Bitfinex. Bitfinex integrated Tether into the exchange in 2015, with management mostly being the same across the two entities.

Tether claims that its supplies are 100% backed by traditional currency, cash equivalents, and “from time to time may include other assets and receivables from loans made by Tether to third parties.”

Tether, being a stablecoin, does not have much in the way of development in the near future. However, as a part of the stablecoin niche, it is competing with several other similar tokens. Stablecoins are a widely remarked upon trend in the market, as many find the stability a good way to overcome the volatile prices when trading.

Another +5K BTC arrived on the exchanges today ready for sale!     The longs are largely up against the shorts, so possible Long squeeze to the south. https://coinalyze.net/snapshot/4yOa2sTr        The liquidation map shows that the longs are cauti...

How To Short Tether (USDT)

There are many articles about the potential issues which could affect Tether (USDT). Further to Terra's UST crash, USDT had even started to depeg from USD. There are regularly some questions about the real reserves backing USDT. Well, all that stuff...

Crypto leaders we love you!! Thanks for sparking a little light into mankind's prospects.   We love joining the burning fire of the hive mind of the Publish0x!  Tho it's really good that Satoshi Nakamoto is Prometheus !  We were thinking we should qu...

The Bitcoin Balances on Exchanges is rising since one month with almost every day more BTC arriving on the exchanges by fear of retails, or I think the whales are preparing a Long squeeze in the south.         WAW it's shorted hard today with high l...

Is Tether the Next Luna? Buyer Beware

Tether has sustained a low key rumor of being a high end crypto Ponzi scheme for a few years now.   A quick reminder:  Tether (USDC) is one of the main stablecoins, and serves as a trusted currency in the cryptocurrency space.  As a stablecoin it hel...

Tether, $USDT, is possibly in trouble due to legal issues

The history surrounding Tether has been a story one indeed. And one that I have only scratched the surface of myself. But it might make for an interesting future post. The point is they have been the target of controversy in the past so this is no ne...

It's bizarre the balance of BTC on the exchanges 🧐 All texchanges are positive, I think fear is installed in the market and everyone is starting to send BTC to the exchanges to sell them before it drops sharply. If we had one or two big exchanges lik...

Top coins for payments you haven’t thought of before

Most crypto users tend to stick to the most popular currencies like Bitcoin and Ethereum for payments. Currently, Bitcoin payments account for around 86% of all crypto transactions.  Unfortunately, the Bitcoin network has so far proven to be too slow...

Whether or not Tether have enough US Dollar reserves to support USDT as a stablecoin?

The Court Order      Judge Katherine Polk Feilla of the United States District Court for the Southern District of New York has dismissed Tether's petition against her September 20 order, under which Tether has to provide all financial records of the...