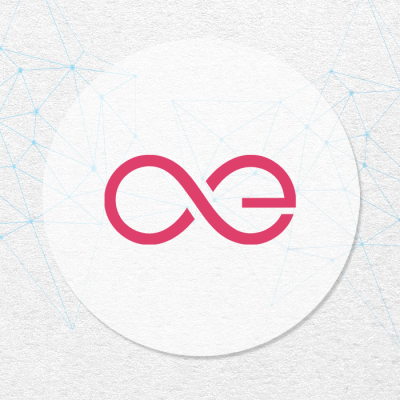 Aeternity (AE) is an off-chain smart contracts focused platform that was launched in November 2018 by founder Yanislav Mahalov.

Raising roughly $24.5 million with its ICO, the team is comprised of a diverse range of individuals who are working to create a general purpose blockchain platform that is attempting to overcome many of the major problems plaguing the blockchain industry, including scaling, privacy, better consensus algorithms and user-friendliness.

Aeternity does not intend for its Aeon token to be used as a general digital currency. Instead, there are 3 major problems that it is tackling: off-chain solutions, a system that handles and integrates real-world data for common daily use cases well, and the formation of a new, improved consensus algorithm. The team has proposed a hybrid Proof-of-Work (PoW) and Proof-of-Stake (PoS) algorithm that established true democracy.

Aeternity is currently focusing on its Fast æternity Transaction Engine (FATE), a customized virtual machine that is claimed to be faster and easier to use than other virtual machines currently used. The team has even gone so far as to state that Aeternity is aiming to become “the WhatsApp of Blockchain”, an ambitious goal no doubt. A hard fork is scheduled to introduce this feature, expected sometime in September. A new mobile app that enables state channel payments is also expected around this time.

A Human-Centric DeFi Ecosystem is Possible

The Human DeFi Hackathon will explore DeFi solutions aimed at bringing advanced financial services to people — not only generating profit.  DeFi, or decentralized finance, is a term used to refer to the application of blockchain technology in disrup...

Oracles are essential for realizing the economy of blockchains and their decentralized applications. Obviously these are tools that do not foresee the future but allow blockchains to learn the result of an event (from the real world). As such, they m...

Aeternity is a new generation blockchain which aims to bring together all the latest technological innovations in a single platform. The system offers a blockchain which is less mainstream than Ethereum but which mainly targets the financial market....

Since the launch of the æmbassies program in May 2018, æternity team has received about 200 applications from people from all over the world who were happy to join the ecosystem. Currently, our active æmbassadors are based in 25 different countries...

Superhero.com is LIVE! Welcome to a better virtual world!

Hello Publish0x Community! We are happy to announce that Superhero.com is now LIVE! Released in May 2020, Superhero.com is a P2P social platform which empowers PEOPLE TO SUPPORT PEOPLE without intermediaries.SEND TIPS directly to creators, causes,...

Hello, Publish0x Community! As you all know, SuperheroLeague - The Broadcast Channel for Blockchain is going live TODAY at 4 PM CEST! Apart from state channels and the Coin Toss game debut, today's Episode 8 will also look into the current state of...

Hello, Publish0x Community! SuperheroLeague - The Broadcast Channel for Blockchain skipped over last week to make way for another exciting event in the æcosystem - the Demo Day of Starfleet India - æternity's startup acceleration program.  It's back...