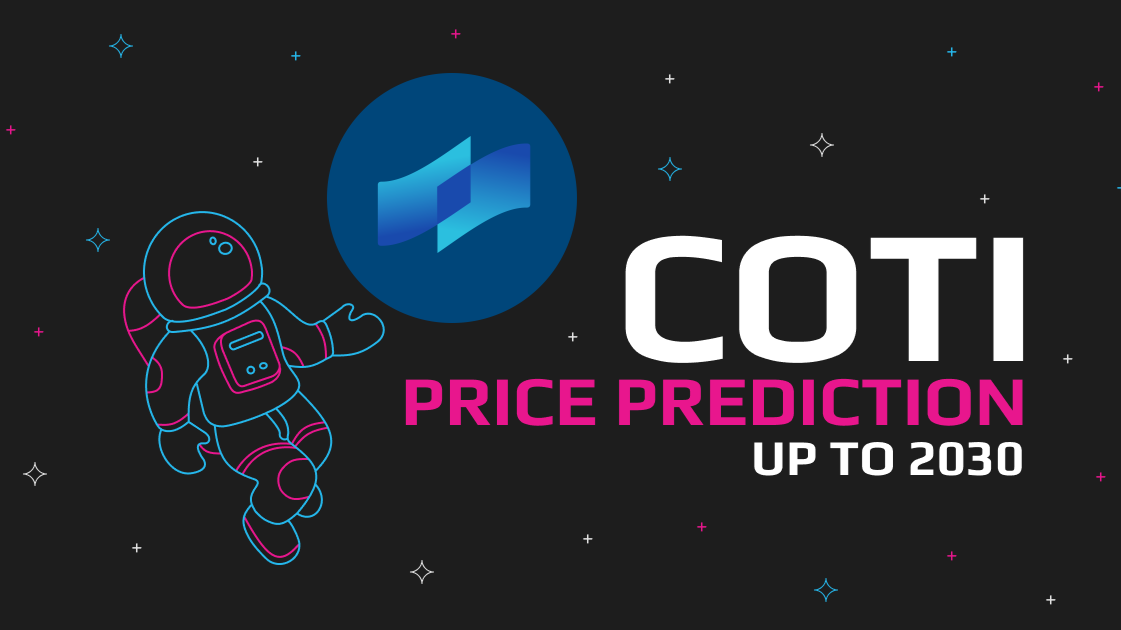 What Is The Future For The Currency Of The Internet? Researching COTI Price Predictions

Recently, there has been an uptick in the number of new businesses adopting blockchain technology in their business model and money management. However, the instability, complexity, and lack of scalability is holding back the innovation from being adopted by the less technologically-inclined masses persist. To solve this problem, COTI is pioneering a robust solution that matches traditional payment systems in scalability and cost-effectiveness. In the light of this, COTI has generated a small pool of following among visionary investors looking for a crypto project that will influence the faster adoption of blockchain technologies globally. In this article, we will briefly introduce you to the obscure crypto coin, and the elusive COTI crypto price prediction.

What Is COTI Crypto? 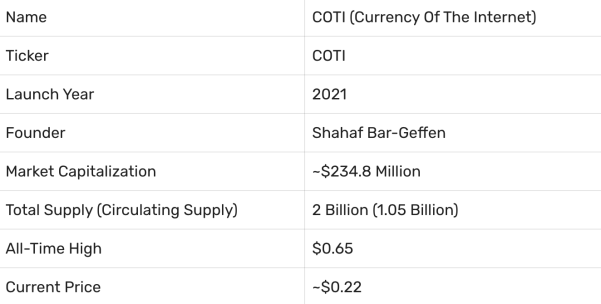 COTI, a playful mnemonic on Currency Of The Internet, is a cryptocurrency coin that offers higher throughput, scalability, and trust to its users. According to its whitepaper, COTI also intends to tackle the challenges of higher transaction fees and throughput by making its blockchain remain inexpensive and accessible.

In the meantime, COTI is working on its sophisticated Trustchain protocol. When finished, COTI will empower users with a lightning-fast crypto coin that will rival the internet in speed.

Like many other cryptocurrencies in 2021, COTI had a particularly eventful trading year. COTI Started the first quarter of the year at $0.046 and an average daily volume hovering above $5 Million. By the end of the first quarter, the coin had risen by a moon-destined 987% to then all-time high price of $0.5, with an average daily volume of over $150 Million on the public crypto market.

After a short bear market in the second and early third quarters, COTI continued setting new all-time highs within the $0.6 range at the end of the third and beginning of the fourth quarter before witnessing another bear market towards the end of the year. Eventually, COTI ended the year at $0.36, still an impressive 683% YOY increase.

With 2021 in the past, speculators are now concerned with the future profitability of COTI and debating whether COTI can sustain its 2021 momentum. In the following texts, we have compiled plausible predictions made by some industry leaders, serving as a rough guide on what to expect regarding the future COTI price forecast.

So far, 2022 has not been kind to COTI holders, as the coin keeps falling toward zero. COTI has already recorded a 28% drawdown in the first quarter after starting the year at $0.38. As of press time, the bearish trend is still persistent, with the coin trading a little above $0.21, leading several trading indicators to portray an extreme fear index in the secondary COTI market.

Moving forward, speculators expect it to get worse before the trend ultimately starts to reverse. CoinCodex prediction tools expect this bearish trend to begin reversing by the end of the second quarter. In addition, WalletInvestor and PricePrediction predict that COTI will end the year with an average price of $0.29.

For current COTI holders, 2025 seems like a long time in the future, especially with the current situation of the crypto market. However, speculators expect the price to stabilize and slightly increase before the end of the year. DigitalCoinPrice predicts an average price of $0.42, while TradingBeast expects a price range between $0.34 and $0.51 by December 2025. On the other hand, PricePrediction expects the COTI price to be closer to the $1 price mark with an expected price average of $0.89.

Before the end of the decade, speculators are expecting COTI to have crossed the $1 mark. Leading this school of opinion is CryptocurrencyPricePrediction, with an average price target of $10.67, followed by PricePrediction and DigitalCoinPrice, with average price predictions of $5.91 and $0.99.

In typical fashion, mods and contributors on the “COTI to the moon” subreddits are overly optimistic about the future forecasts of the COTI token price. While this may be a red flag in some cases, the support shown to the fondly called “Currency of the Internet” is a reassurance of its community following and an indication of sustainable price action.

Is COTI A Good Investment?

COTI is pioneering solutions to make the blockchain mainstream by reducing complexities and instabilities associated with the ecosystem, making it very attractive to monetary backing. This veritable use case makes COTI a viable investment vehicle. In addition, COTI’s recent partnership with the Cardano Djed project shows its massive potential to form industry-wide partnerships with other cryptocurrency projects in the rapidly growing blockchain ecosystem.

Many speculators expect COTI to overcome its recent downturn to hit $1 by 2025. If all goes well, COTI can reach $10 before the end of the decade.

How To Buy COTI Coin At The Best Rate?

Do you believe in the Currency of the Internet, and you are looking for where to buy COTI? Swap $COTI at low fees with more than 700 cryptocurrencies at the best rate on the market with us. On Swapzone, you can easily swap COTI through a wide range of instant cryptocurrency exchange providers. Review the providers, their offers, speed, and exchange rates and choose the best solution.