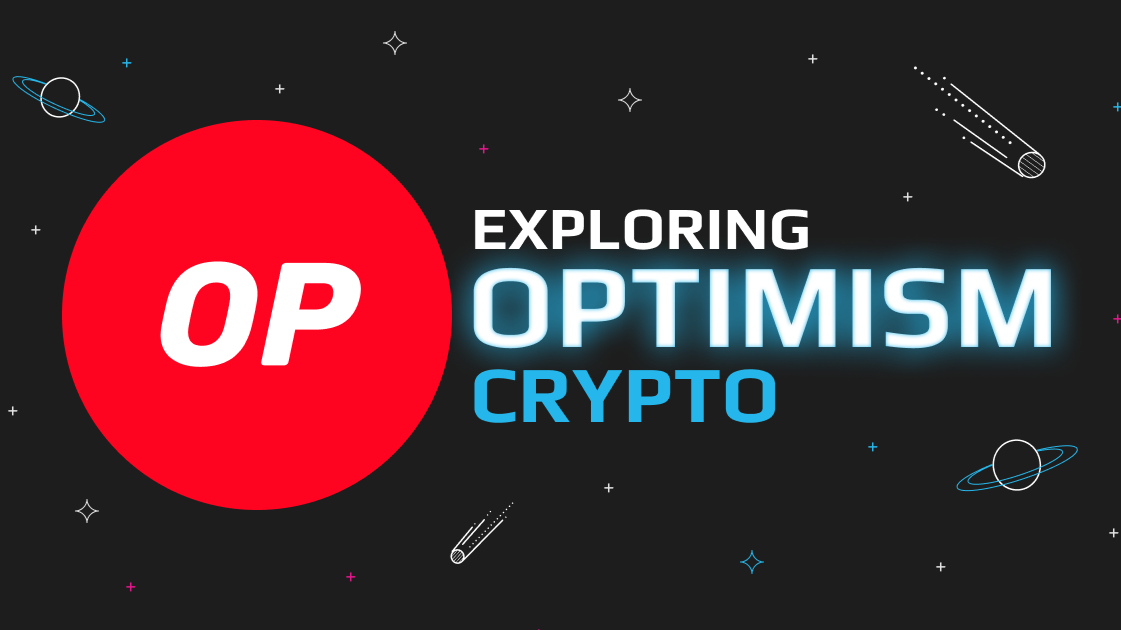 What is Optimism (OP)? An In-depth Guide

Optimism (OP) is a cryptocurrency network that has tasked itself with solving the Ethereum (ETH) blockchains scalability problem by rolling up transactions into batches to reduce the fees paid by users in the process.

The project has generated a lot of hype among large swathes of the crypto community, including the Ethereum founder Vitalik Buterin. If Optimism can become the top dog in the layer-2 crowd, then its native OP token could be heading for the moon.

In this article, you’ll find all the information you need about this intriguing project, including how it works, what makes it unique, and where it’s headed.

How Does Optimism Work?

The Ethereum blockchain is notoriously slow and, during peak times, costly to use; several crypto projects, including Optimism known as layer-2s, have tasked themselves with resolving this issue.

The OP network takes Ethereum transactions onto its blockchain and settles them there using cutting-edge data compression protocols known as ‘optimistic rollups.’

The rollup system combines multiple ETH transactions into one, moves them off-chain, and once they settle, returns a receipt to Ethereum.

Imagine rolling up 100 transactions into one and only having to pay the gas fees of one transaction? This is what optimism does, meaning 100 people theoretically share the cost of a single transaction.

The exact amount of money saved by using Optimism; however, DuneAnalytics reports that it cuts gas fees by 69x.

Furthermore, to speed up transactions, Optimism assumes that the trades in the roll-up are valid before they settle but gives validators seven days to dispute the transactions.

Optimism is designed to be as compatible as possible with Ethereum, which is why its code is very similar and uses the Ethereum Virtual Machine (EVM); the similarity makes the two blockchains very interoperable so using Optimism is a reasonably straightforward process.

How Do You Use Optimism?

If you frequently interact with the Ethereum blockchain, you could benefit from learning about how to use Optimism, as it will save you money and time.

To get started with Optimism, you’ll need to send your ETH tokens over to the OP bridge through the Optimism Gateway using a compatible wallet such as MetaMask. Then, following the successful deposit, you’re free to trade the tokens on all compatible dApps and DEXs.

What Is OP, Optimism’s Token?

According to CoinGecko, the OP token launched on the 1st of June 2022, has a circulating supply of 214 million and a maximum supply of just over 4.2 billion. OP currently trades for $1.16, which is a 45% discount from its all-time high of $2.1.

The token was launched by an airdrop that saw 214 million tokens sent to wallets for free; unfortunately, the drop turned into a scandal when some people received the tokens earlier than others and had time to dump them early for a profit.

OP is expected to serve as the project’s governance token, with the Token House and Citizen’s House using it to make decisions on development proposals.

In terms of price predictions, most analysts are very bullish on the token in the long run and see it making new all-time highs by 2025 at the latest.

What’s So Special About Optimism?

Ethereum is the second-biggest cryptocurrency by market capitalization and the biggest smart contract compatible network. Still, it’s been held back for years by its scalability limitations – Optimism could be about to solve this problem.

The DuneAnalytics report speaks for itself in terms of the project’s success so far and what makes it even more remarkable is the fact that Optimism is still in Beta, so it could well take layer-2 scaling to the next level in the future.

According to DeFi Llama, the project’s grown very quickly to become the second-largest layer-2 network with $362 million by total value locked (TVL), just behind Arbitrum. It’s also worth noting that while most layer-2s have been losing, TVL OP has grown over 20% in the last seven days.

How Do You Qualify For An OP Airdrop?

Although the first airdrop didn’t go to plan, the developers intend to try again in the future; however, for now, we don’t know how to qualify for the drop. So the best thing to do is to look at what criteria got people on the drop-list the first time.

According to Optimism’s official website, the criteria were as follows:

When Is The Next OP Airdrop?

We don’t know the exact date of the next airdrop, but in April 2022, Optimism said in a blog post that there would be “an entire season of airdrops.”

If you want to be the first to find out about the date of the next airdrop, follow Optimsim’s official Twitter page and keep an eye on the blog.

Even though we don’t know the future criteria of the next airdrop, if you start interacting with optimism and its dApps, you might just end up on the list.

The Future Of Optimism

The project has received over $100 million in funding from the venture capital firms Andreessen Horowitz and Paradigm this year, so money isn’t an issue; the question now is can the project develop into a leading layer-2 protocol.

The team hopes to push the project to the next level with sharded rollups, an improved fault-proof system, and increasing decentralization.

In addition, the next series of airdrops will be a big test for the project; for it to be a success, they will need to avoid the mistakes made in the first round; otherwise, investors might start to lose confidence. But, for now, investors appear to have a lot of faith in the project, as shown by the $363 million TVL.

What is Ethereum Optimism?

Optimism is a layer-2 scaling solution that uses data compression and roll-ups to reduce gas fees and speed up Ethereum transactions.

Like any cryptocurrency investing in Optimism comes with a high level of risk as the market is inherently very volatile.

How Do You Use Ethereum Optimism?

Will Ethereum Optimism Have A Token?

The Optimism blockchain’s native token is OP, it has a maximum supply of just over 4 billion, and so far, 214 million have been airdropped to eligible wallets.

How Do You Get ETH On Optimism?

To use Optimism, you have to send your ETH tokens to the Optimism bridge through the Gateway.