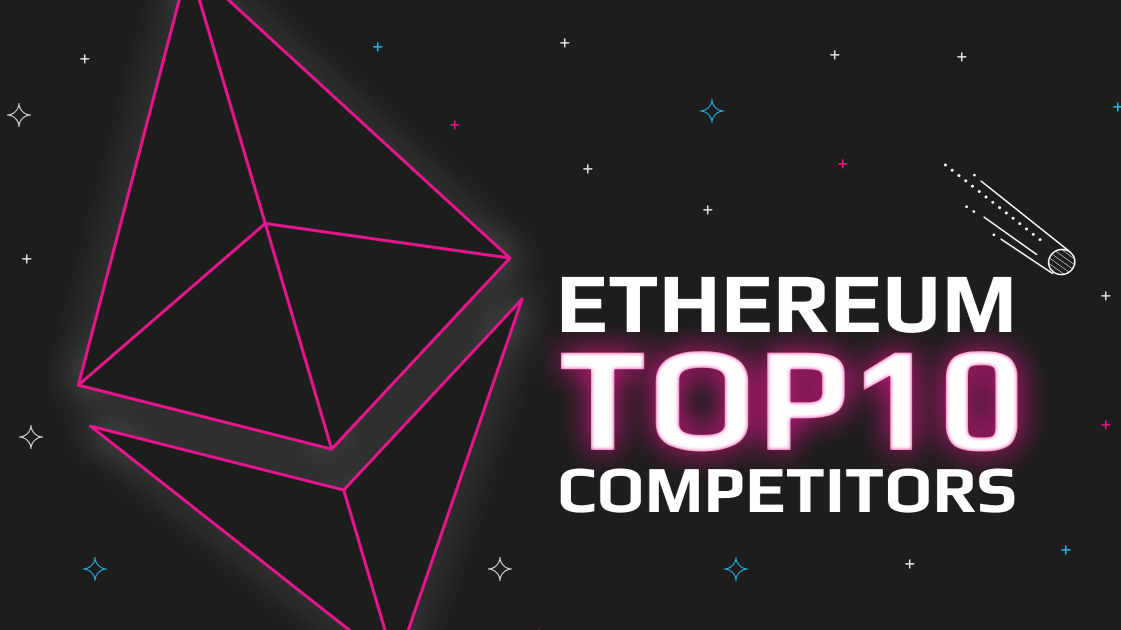 Top 10 Ethereum Competitors: A Guide On Ethereum And Its Best Alternatives

Ethereum is one of the foremost technologies powering many top blockchain projects. Since cryptocurrencies started gaining mainstream adoption, Ethereum has faced criticisms over its network’s poor capabilities and non-carbon emission compliance, leading to the creation of many alternatives like FLOW, Solana, and Cardano.

While Ethereum looks to change these narratives through the proposed ETH2.0, it’s important you understand its basics. That said, this guide introduces you to Ethereum and some of the network’s alternatives disrupting the blockchain industry.

It is the largest distributor of smart contracts, and its cryptocurrency is the second-largest by market capitalization after bitcoin.

Ethereum’s smart contracts distribution has led to a massive outburst in Web3 applications and NFTs. These dApps run on the Ethereum Virtual Machine (EVM) and use Ethereum compliant tokens for governance protocols.

Vitalik Buterin’s interest in cryptocurrency began after his father introduced him to Bitcoin in 2011. He published articles about Bitcoin in a blog called Bitcoin Weekly, where he was paid 5 BTC ($4 at the time) per article.

In 2012, he co-founded Bitcoin Magazine alongside Mihai Alisie. Vitalik would go on to write Ethereum’s first-ever whitepaper explaining a decentralized blockchain that could do more than just crypto transactions.

In 2014, Vitalik, 19 at the time, launched Ethereum alongside other developers like Charles Hoskinson, Gavin Wood, and Joseph Lubin.

According to his bio on About.me, he cried himself to sleep after “Blizzard removed the damage component from his beloved warlock’s Siphon Life spell” from his favorite game at the time, World of Warcraft. This sparked his enthusiasm to push for a decentralized ecosystem because he feared how centralized organizations monopolized power on the web.

How Many Ethereum Are There?

Is It Possible To Get Free Ethereum In 2022?

You cannot get Ethereum for free through airdrops unless a good samaritan gift you one. However, some websites offer some ether as rewards when you do surveys, watch videos or ads, or engage in referral contests. These sites are known as Ethereum faucets. Examples may include:

Ethereum Crash: Why Is It Going Down?

We may attribute Ethereum’s price drop to the recent market crash affecting bitcoin and many other altcoins. Since demand and supply influence the crypto market, the low demand for Ether has also led to Ethereum’s crash.

The exact range of dates when mining will end on the Ethereum blockchain is not defined. However, the timelines for the three phases of the much-anticipated Ethereum upgrade are as follows:

Ethereum “Merge” protocol kicked off the moving of the network from PoW to PoS in December 2021. Meanwhile, the platform is still transitioning to full-scale PoS consensus, which may take a while.

Following news reports of Ethereum’s upgrade from PoW in December 2021, Ethereum currently supports the PoS algorithm for validations on its blockchain. However, the protocol is yet to commence fully.

Staking Ethereum (possible in ETH2.0) means you hold ETH tokens in an Ethereum wallet or DEX for validatory purposes. In the end, you will earn some interest according to your ETH stakes.

Top 10 Ethereum Competitors: Is There A Replacement?

Ethereum is here to stay and actively pushes its ecosystem beyond limits by adjusting to protocols that suit latest DeFi trends. We compare below some alternatives to Ethereum disrupting the crypto industry without further ado.

Bitcoin’s reputation as the foremost blockchain will help it garner much followership to compete with Ethereum in distributing smart contracts despite having a lower throughput than its rival (100TPS for Ethereum).

Litecoin, dubbed the lighter version of Bitcoin, is a scalable and faster version of its prototype. The recent introduction of the Litecoin OmniLite will allow developers to create and manage assets and dApps and launch Litecoin-compliant tokens and NFTs on the network.

The Litecoin vs. Ethereum debate is already coming to an end, with Ethereum tipped to be the clear winner. Litecoin may be four times faster than Bitcoin but has a lot of shoes to fill to get to Ethereum’s level, considering the level of competition already in the industry. Its throughput rate is 28TPS compared to Ethereum’s 100TPS.

Charles Hoskinson was a co-founder and CEO at Ethereum before founding Cardano. He aimed to capitalize on Ethereum’s limitations and develop a spotless and scalable blockchain for dApps, further fueling the Cardano vs. Ethereum debate.

Unlike Ethereum’s PoW algorithm, Cardano uses the Proof of Stake (PoS) mechanism to validate transactions on its blockchain. It has a higher throughput rate than Ethereum—250 than Ethereum’s 100 TPS.

Additionally, Solana can process up to 50,000 transactions per second compared to 100 on Ethereum. The Solana vs. Ethereum debate still thrives because enthusiasts believe in the future of the Solana ecosystem, especially due to the unprecedented surge in SOL’s price over the past year.

Polygon is another top blockchain powering over 10,000 dApps in contrast to 2956 dApps on Ethereum. While developers wait for Ethereum to launch a full-scale upgrade on its protocol (ETH 2.0), Polygon remains one of their favorite destinations.

Polkadot’s primary vision was to cover some of Ethereum’s loopholes and push the Web3 ecosystem higher. DApps on Polkadot enjoy the benefit of connecting their software to external applications known as “oracles.”

Often cited as a direct competitor to Ethereum, EOS allows individuals and businesses to build dApps that are scalable and perform faster transactions than Ethereum. EOS protocol also eliminates transaction fees for applications on its blockchain.

FLOW was launched at Dapper Labs in 2020 by the team behind the CryptoKitties NFT project. The team conceived the FLOW blockchain after CryptoKitties allegedly slowed down Ethereum’s network in 2017.

Flow aims to perform higher transactions per second (TPS) than Ethereum while conducting a higher number of transactions than its competitor.

Chainlink, like Polkadot, supports oracles for dApps. In fact, it is the most used blockchain for this protocol, enabling hybrid smart contracts to communicate effortlessly and transmit off-chain data between themselves and outside their networks.

Chainlink is multichain compliant and can run on different blockchains. This makes it a go-to option for many DeFi and smart contracts developers.

Tron is another open-source blockchain that supports multi-chain dApps. It allows zero-fee transactions and can process up to 2000 transactions per second, more than Ethereum’s 100 TPS.

Buy Ethereum Without Verification: How And Where?

In summary, Ethereum still tops the chart of best blockchains in smart contracts distribution. Its protocol is easy to use and run applications. With Swapzone.io, you can buy or sell Ethereum without verification of registration. 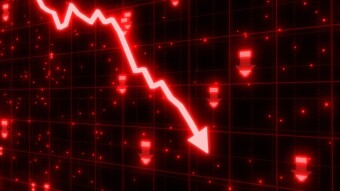