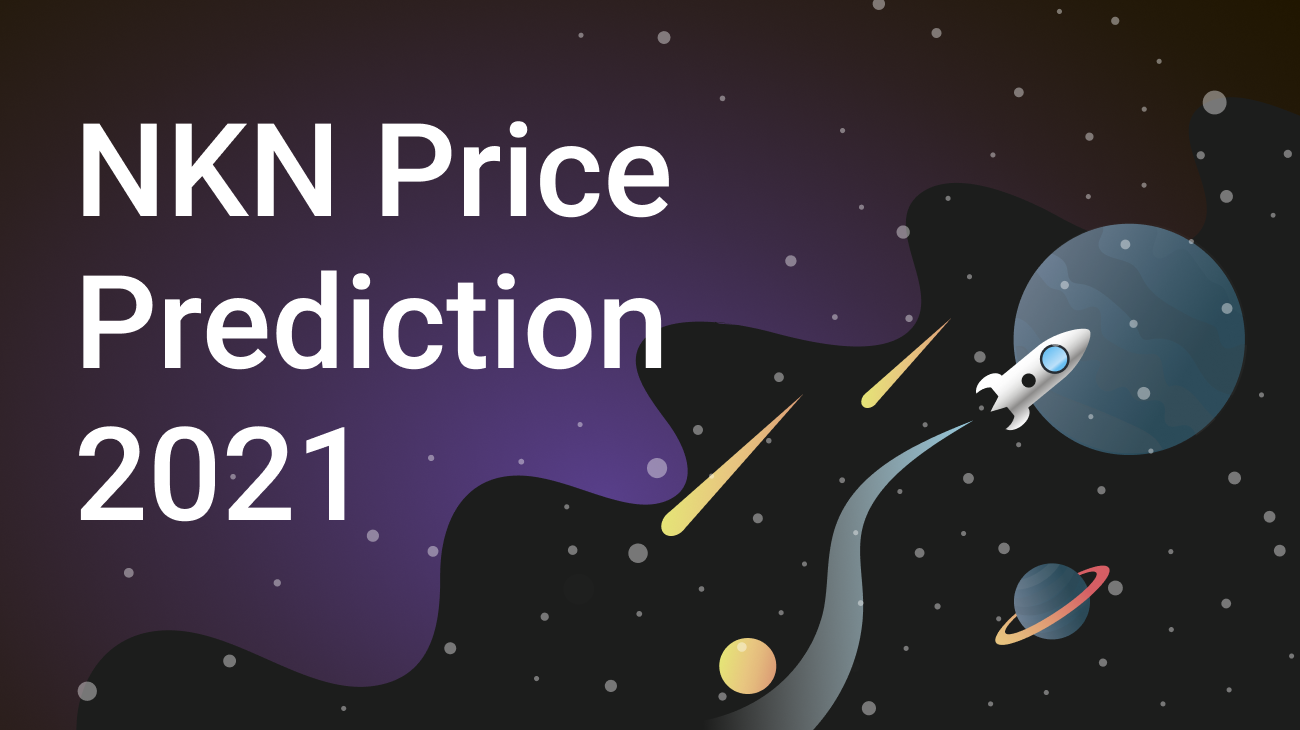 NKN Price Prediction. What is the future of New Kind of Network coin?

The New Kind of Network (NKN) is a decentralized open-source blockchain platform that aims to solve a series of limitations of the peer-to-peer networks that have been arising over the years. Centralization, barriers to access with authorization processes, scalability constraints, and financial motivations are all existing problems that limit the possibilities of next-generation blockchain systems. Together with the present inefficiencies of the Internet, NKN was created to provide a new type of unrestricted Internet network that can be globally accessible. Just like Bitcoin does not depend on banks or institutions to validate financial transactions, NKN wants to allow the global transfer of data without relying on big telecommunication monopolies. The development team mentions several problems that can be solved through the network — namely, inefficient use of bandwidth, rampant censorship by governments, and invasion of user privacy. NKN uses its own consensus mechanism called “Proof of Relay” (PoR). PoR encourages participants to contribute to the blockchain network by sharing their connectivity and bandwidth in exchange for rewards. Mining is essentially achieved by contributing to the data transfer layer. Participants receive rewards by providing more network resources than they consume. The NKN cryptocurrency represents the future of cryptocurrencies, due to its security, connection speed, and the great wonders of fast connectivity that it has on its website, with improvements, practically daily. Unlike other projects that use buzzwords like “innovation” to promote their projects, NKN is truly doing something remarkable in its field. It slowly but surely climbs up the ladder.

The project was launched in January 2018, soon after the removal of Net Neutrality had been approved by the Federal Communications Commission. With enough obstacles in the state of the Internet at the time, NKN came up with the idea to provide a worldwide network of nodes that could be connected to from everywhere, at any given time. At the time of writing, NKN is already the biggest blockchain network in the world, with over 101,000 nodes, with Bitcoin and Ethereum having roughly 10,000 nodes each.

NKN uses the Proof of Relay algorithm, which is a signature mechanism to incentivize all agents to participate by sharing their bandwidth and connectivity to the blockchain in exchange for rewards, meaning that network connectivity and transmission capacity are always kept up to the highest standards. Bitcoin and Ethereum currently offer Proof of Work rewards only in exchange for computational power but don’t have yet the possibility to tokenize connectivity and data transmission power. This creates a desirable scenario for hundreds of DApps to develop, as they are ensured to be supported by rock-solid network infrastructure. 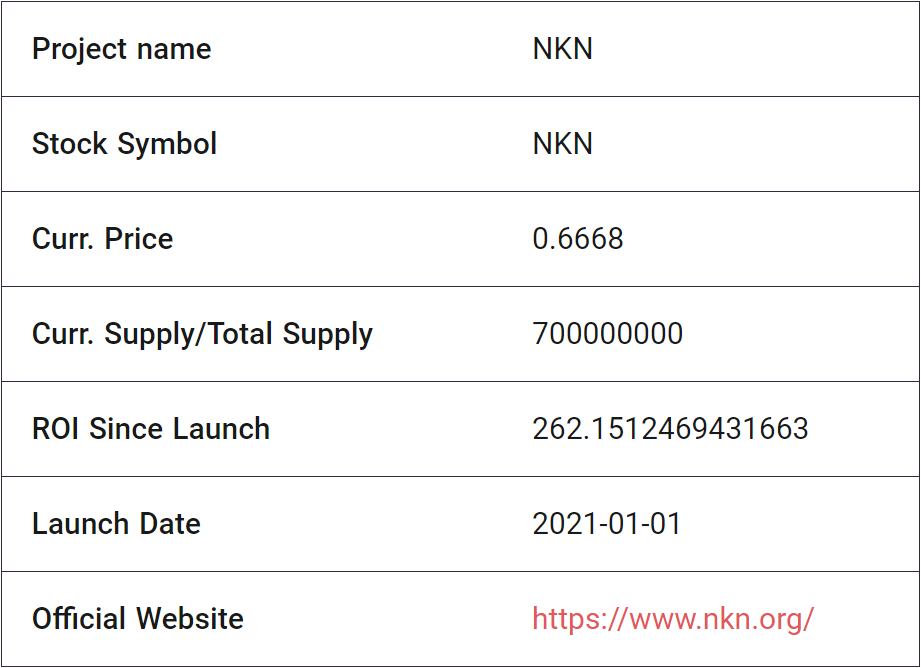 Despite the fact that 100% accurate technical analysis for NKN cryptocurrency is hardly possible, on this advanced technical analysis tool by TradingView you can see the real-time aggregated NKN buy-and-sell rating for a selected timeframe. The summary for NKN/USD is based on the most popular technical indicators — Moving Averages, Oscillators, and Pivots. 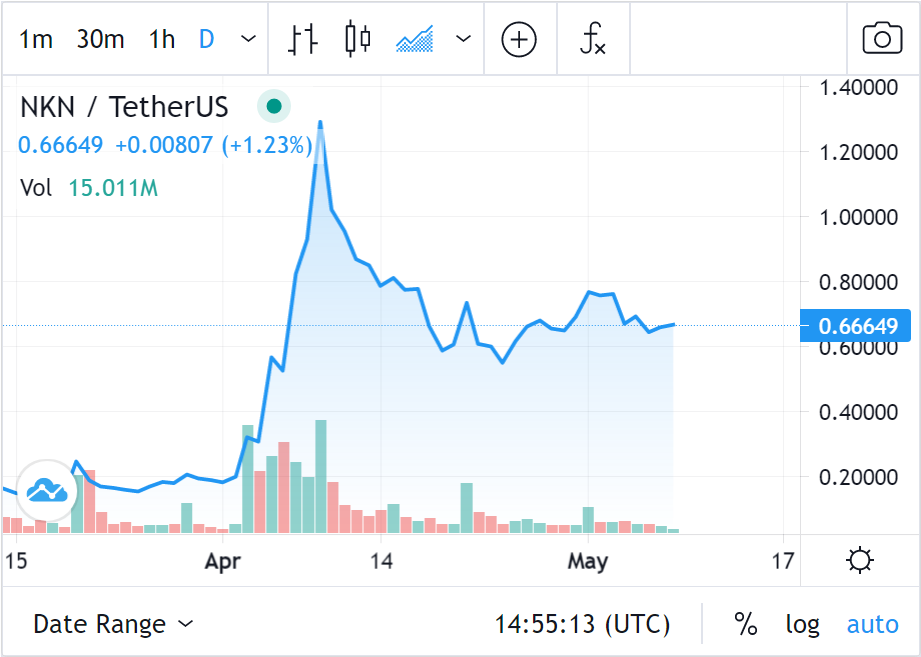 Despite the fact that 100% accurate technical analysis for NKN cryptocurrency is hardly possible, on this advanced technical analysis tool by TradingView you can see the real-time aggregated NKN buy-and-sell rating for selected timeframe. The summary for NKN/USD is based on the most popular technical indicators — Moving Averages, Oscillators and Pivots. 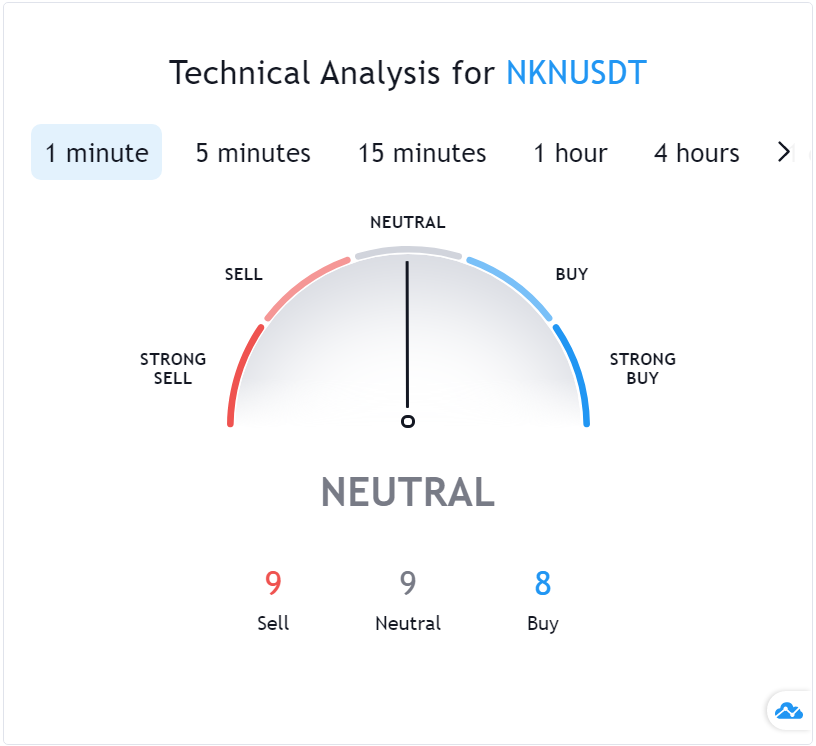 Below we have collected the most reliable price projections for NKN (NKN) from popular forecast platforms.

The New Kind of Network (NKN) is a promising project that has great potential to become a real alternative to the current state of the Internet. Decentralization makes all the sense in the world in the crypto space. Therefore, being able to offer the network upon which all the other blockchains and platforms are developed, and where basically all the imaginable data is transferred from one place to another, seems to be very in line with what the whole crypto industry is trying to bring to the world. It certainly poses a challenge to directly compete with the telecom giants that have monopolies in the majority of markets, but it is not so much different than what Bitcoin has been doing with the entire financial system, which is admittedly a bigger opponent to defeat. Whatever the outcome might be, this is a project built with some of the best developers in the game that has plenty of room to grow their already impressive network of nodes.

Disclaimer: This article should not be considered as offering trading recommendations. The cryptocurrency market suffers from high volatility and occasional arbitrary movements. Any investor should research multiple viewpoints and be familiar with all local regulations before committing to an investment.

SwapSpace is a cryptocurrency exchange aggregator that allows to swap over 450 cryptos with both fixed and floating rates. We gather the rates of major crypto exchanges on the market onscreen and let our users compare and choose whatever option they like the most. We don’t add any fees over the partners’ rates, which makes the exchanges via SwapSpace profitable. The exchange time is no longer than at any of our integrated services starting from 10 minutes. SwapSpace support works 24/7.

Passionate about crypto and want to get more news and price predictions daily? Join SwapSpace’s blog! 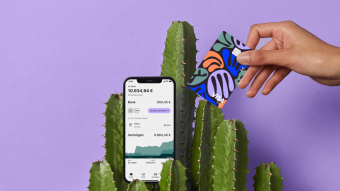 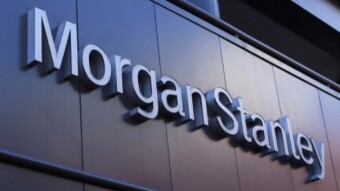