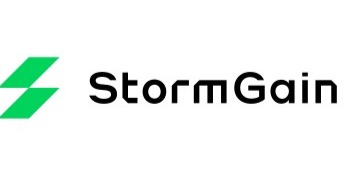 The most popular cryptocurrencies drop quite significantly in price on Wednesday.

According to the StormGain cryptocurrency trading platform, Litecoin demonstrates the worst dynamics, with quotes losing about 6%.
The market decline is observed mainly after a clearly fraudulent advertisement was posted on YouTube on behalf of the head of SpaceX Elon Musk, in which he offers to send him bitcoins and get back an amount several times larger.
At the same time, the market is discussing a message about the plans of the Iranian authorities to test the digital yuan during the Winter Olympics in Beijing in 2022. But so far, the Chinese authorities do not yet have a clear timetable for the release and implementation of this digital currency.
An important event was the acquisition by the Ethereum incubator ConsenSys of the Quorum blockchain platform from the American investment giant JPMorgan Chase & Co. And cryptocurrency exchange Coincheck, which was previously hacked by hackers, is planning to hold Japan's first initial public offering (IEO).
The negative for the market, meanwhile, was the news that the management of Ripple has sent 10 million XRP to the Luxembourg exchange Bitstamp. In Australia, representatives of the Ripple company were summoned to court over accusations of using the already registered trademark PauID.
The most popular cryptocurrencies are likely to continue their decline in the near future amid a predominantly unfavourable news background. In this case, Bitcoin can drop in price to $11,200, Ethereum to $380, Bitcoin Cash to $270, XRP to $0.27, and Litecoin to $57.